Fintechs to ping ministry and RBI, but new rule has govt’s support

Blindsided by the RBI’s latest diktat for non-banks, India’s fledgling fintech industry is set to ask the government and central bank for the reason behind the decision, which has “wiped off a $5 billion credit card-based industry opportunity” for them, according to a source in the industry. Their pleas may fall on deaf ears, though, as officials told us the government supports the RBI’s move.

Top fintech companies are uniting to petition the union government and the Reserve Bank of India for clarity on the central bank’s recent directive, sources told us.

In a one-page circular, issued on Monday, RBI had directed all non-bank pre-paid payment instruments (PPIs) to stop loading credit lines onto their products.

Leading the charge: The Payments Council of India (PCI), which is part of the Internet and Mobile Association of India (IAMAI), is leading the effort to petition the Ministry of Finance and the RBI, the sources said.

The petition, which is yet to be finalised, was debated at a series of meetings on Tuesday between PCI and other industry bodies such as the Federation of Indian Chambers of Commerce and Industry (FICCI).

It will seek a “rationale” for the banking regulator’s directive, the sources said.

The industry groupings are also likely to also highlight the amount of global capital that’s been invested in the space and how such disruption could affect investors’ outlook, they added. 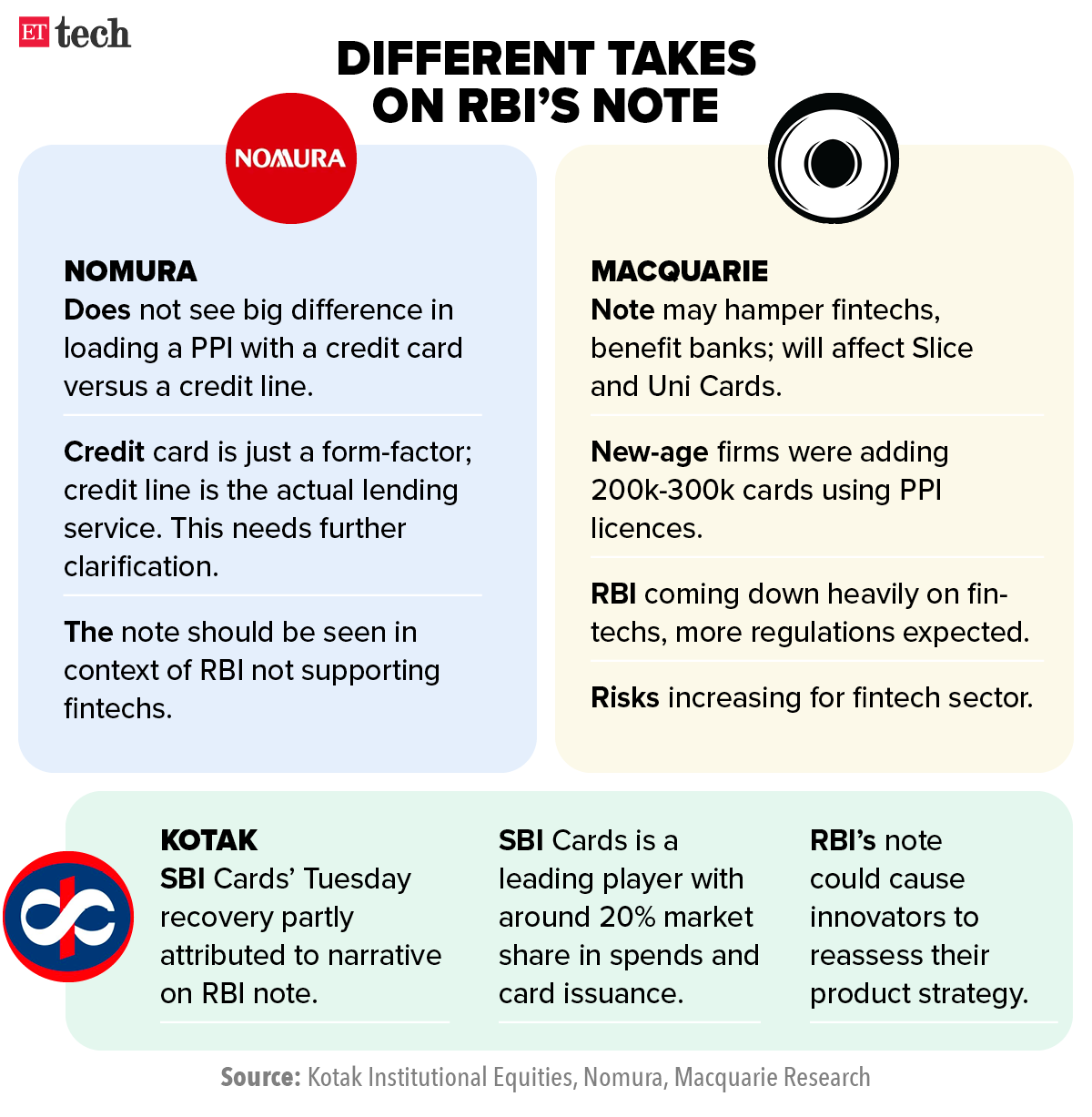 A report from Macquarie Research on June 21 named Slice and Uni among the companies that would be affected by the new guidelines.

Nomura Research said in its report that if RBI is creating a distinction between which regulated entity has issued the prepaid payment instruments (PPI), then the rules won’t apply to Uni, Slice or PostPe (BharatPe-owned) cards, as all three of these fintech players piggyback on bank-issued PPIs. 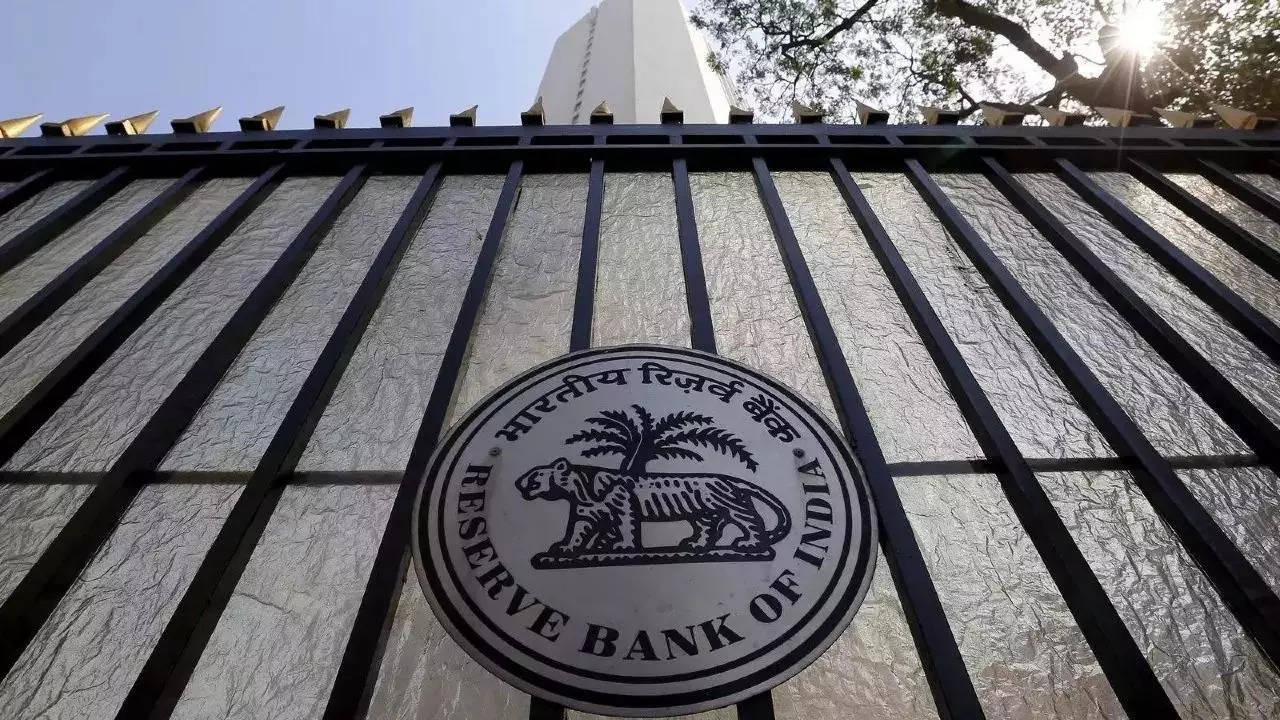 The Reserve Bank of India’s latest move barring non-bank prepaid payment issuers from loading credit lines onto their products has the support of the government, which also wants a comprehensive regulatory framework soon for the fintech sector.

Safeguards concerns: The government also wants a more regulated framework for the fintech sector, said the official, adding that the RBI is in discussions with all stakeholders on the issue.

A more comprehensive guideline is expected in the future, the official added.

The payments industry, on the other hand, saw the order as the central bank’s virtual endorsement that banks would be primary custodians of the sector’s innovation stack, potentially hurting their business case, we reported.

Banks vs fintech firms: We reported previously that the Indian Banks’ Association, or IBA, had told the central bank that the burden of KYC norms with regards to transactions involving fintech companies was falling on banks.

Banks demanded a level playing field, saying some of the loans offered by these firms were not reported to credit bureaus, increasing the risk for other lenders.

Fintech firms such as Jupiter, EarlySalary and KreditBee have temporarily stopped customers from using their prepaid cards, multiple sources told us, after RBI banned the non-banks from loading credit lines on prepaid payment instruments (PPIs).

Some partner banks of these card-based fintech firms may also stop supporting their bank PPIs to these platforms after seeking a clarification from the RBI, the people said.

Card-based fintech firms such as Slice, Uni, Kissht (through its Ring card offering) and LazyPay are also likely to be severely impacted, with their business models now questioned, the sources added.

“There is no point taking risk after the RBI’s note on Monday. This is the reason why some of the platforms relying on non-bank PPIs have now stopped new transactions. This may attract RBI ire and penalty on partners firms if they don’t comply with the note,” one of the people said.

Workarounds: Industry sources told ET that last year the card-based fintech industry, including companies such as Slice, Uni, and others, had been issuing close to one million cards every month, crossing the average scored by several banks.

Even as they seek further clarity from the RBI, fintech firms are thinking of ways to work around the regulator’s order.

Buy-now-pay-later (BNPL) firm LazyPay, part of PayU India, is updating its terms and conditions as per RBI’s note, sources added. The details of these changes are, however, not clear yet.

Some fintech firms are thinking of re-issuing credit cards as some bank partners log out to comply with RBI’s communication, according to a source. 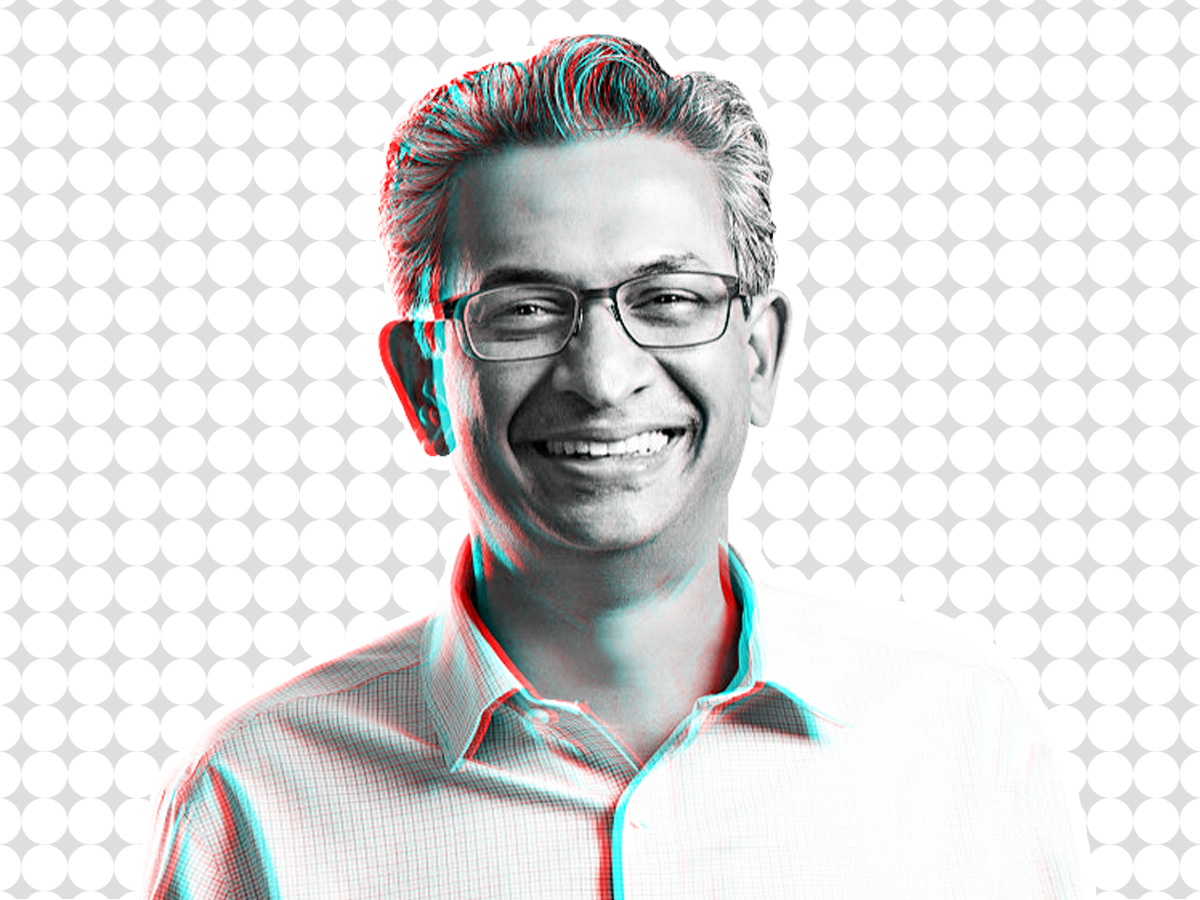 Sequoia Capital’s accelerator programme Surge will invest more in seed-stage startups so it can back a wider range of companies and stay with them longer as they achieve a product-market fit, said Rajan Anandan, MD, Surge and Sequoia India.

Until now, Surge had a ceiling of $2 million to invest in seed deals across India and Southeast Asia (SEA) but the Menlo Park-headquartered venture capital firm will now increase this to $3 million with no minimum cap.

We reported on June 14 that Sequoia would allocate $300 million to Surge instead of raising a separate fund as it has done in previous years. Anandan did not confirm the $300 million allocation but said they will double down on Surge going forward.

In total, Surge has had six cohorts with close to 55-60% of startups coming from India, while the rest are from SEA. It expects to have an equal number of startups from both the geographies going forward.

Anandan said about 10% of the Surge portfolio was ‘building for the world from India and SEA’ in its first programme which has now increased to as much as 50% building for global markets from Day 1.

Oaks Asset Management, a consumer sector-focused, mid-market private equity fund, has raised Rs 1,000 crore towards the first close of its second fund. The firm has mopped up more than anticipated capital owing to heightened investor demand and with existing investors topping up with larger cheques, senior fund managers told us.

The final close of the new fund is expected by the end of next month. Last year, the firm had launched its second private equity fund to invest in consumer startups and mid-size companies in India. 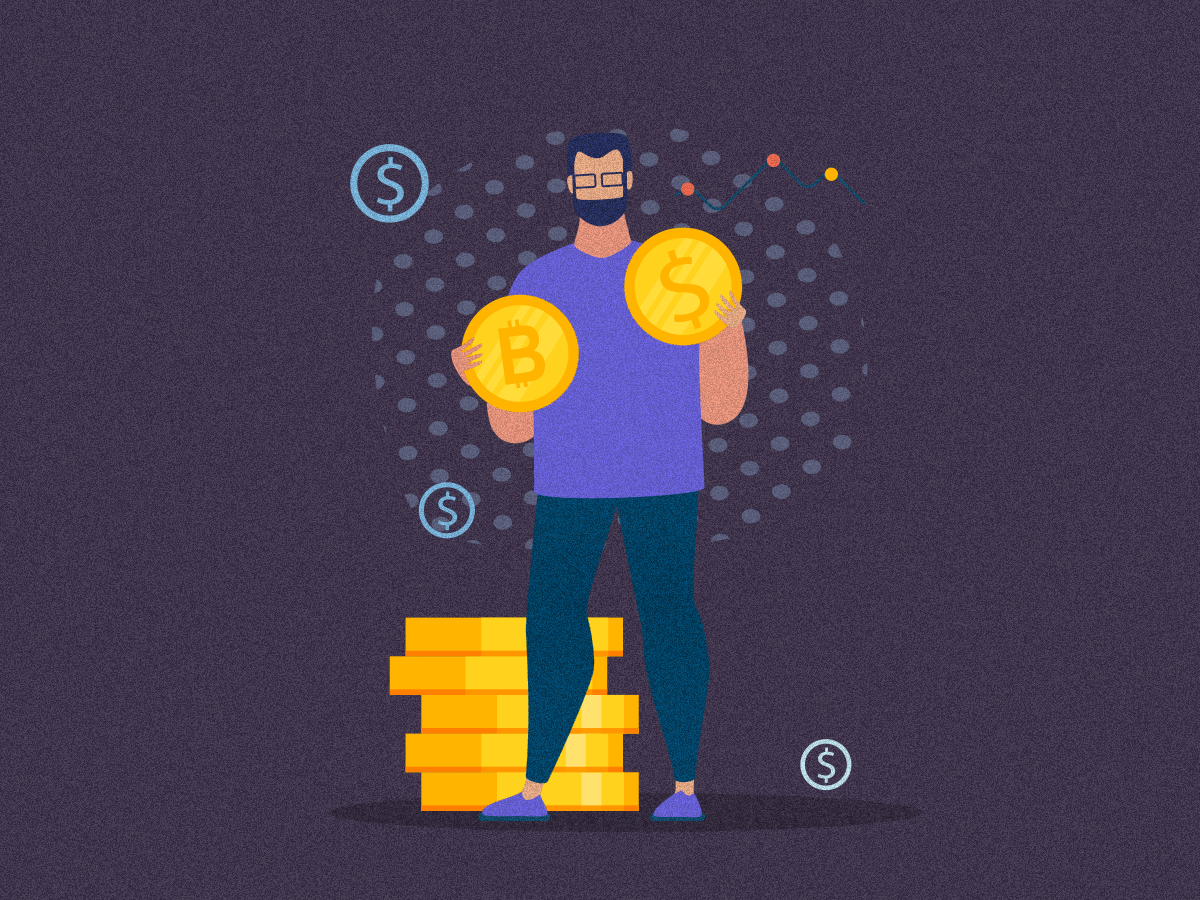 ■ Overseas higher-education startup Leap raised $75 million in a funding round led by Owl Ventures, Steadview Capital, Paramark Ventures and a few others. Started in 2019, Leap offers test preparation, admissions and visa counselling, and loans to international students It has raised about $150 million in funding so far.

■ Singapore-based crypto platform FalconX has raised $150 million in a funding round led by Singapore’s sovereign wealth fund GIC and B Capital, doubling its valuation to $8 billion. It plans to use the funds to expand its workforce, make acquisitions and increase its services.

■ Healthtech startup Spry has closed a $7 million Series A round led by Eight Road Ventures, with F-Prime Capital, and Together Fund also participating. Spry is a digital health platform that offers a suite of services to help physical therapists manage their clinical and administrative functions. 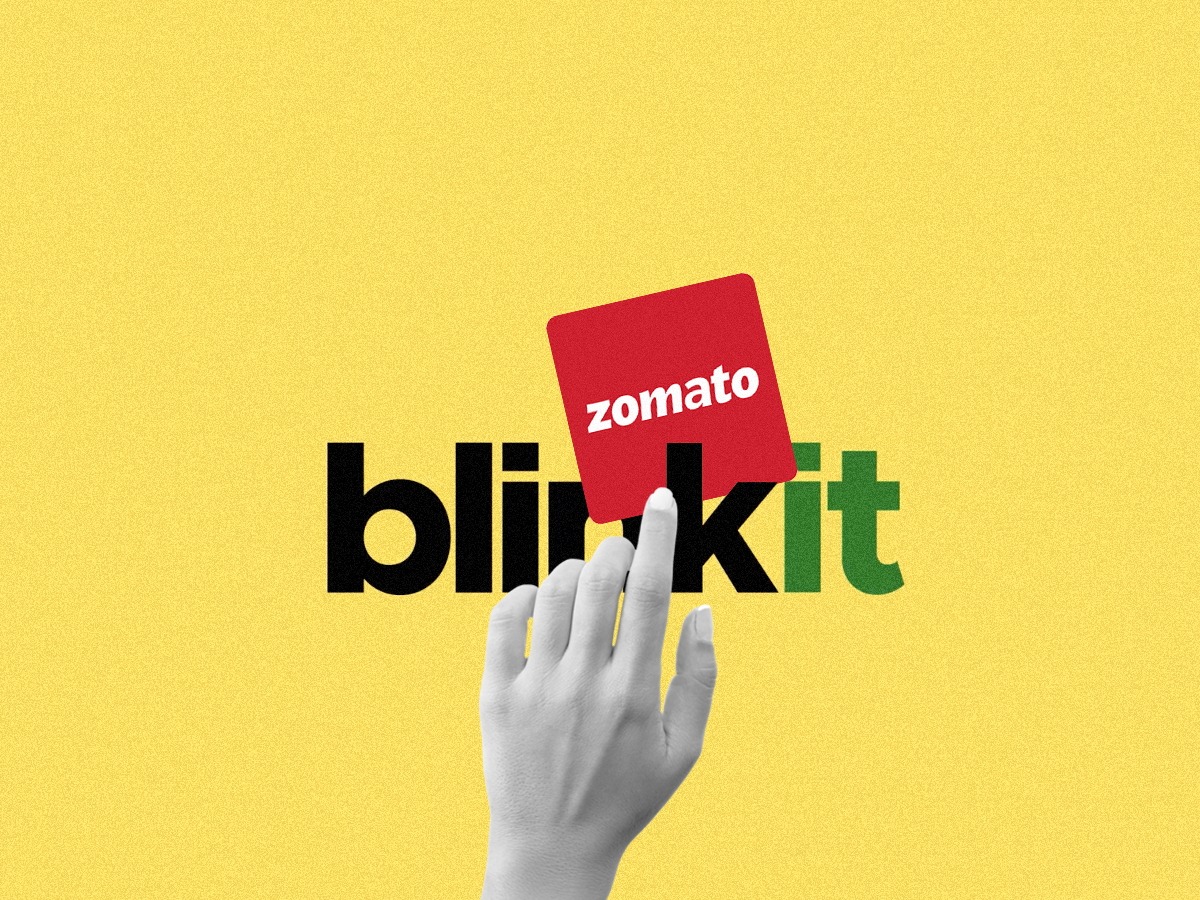 Zomato board likely to approve Blinkit deal on Friday: Zomato’s board of directors will likely approve the acquisition of quick-commerce startup Blinkit at a meeting on June 24, according to a filing with the NSE, which did not name Blinkit. Zomato will pay in its shares for Blinkit, formerly Grofers, as we reported earlier.

Enough scope for telcos, tech firms to co-exist, say experts: There is enough scope in the enterprise private network ecosystem for telecom operators and technology companies to co-exist, industry experts told ET, in response to the ongoing debate around direct allocation of spectrum to non-telcos. 5G implementation in private networks will require specialised and new technology which will be a greenfield area for both parties, they added.

Google minimising data retention, says chief privacy officer: Alphabet Inc-owned Google is moving towards a regime of retaining as little customer information as possible so that only the required data can be shared with law enforcement agencies based on their legal requests, the company’s chief privacy officer Keith Enright said.