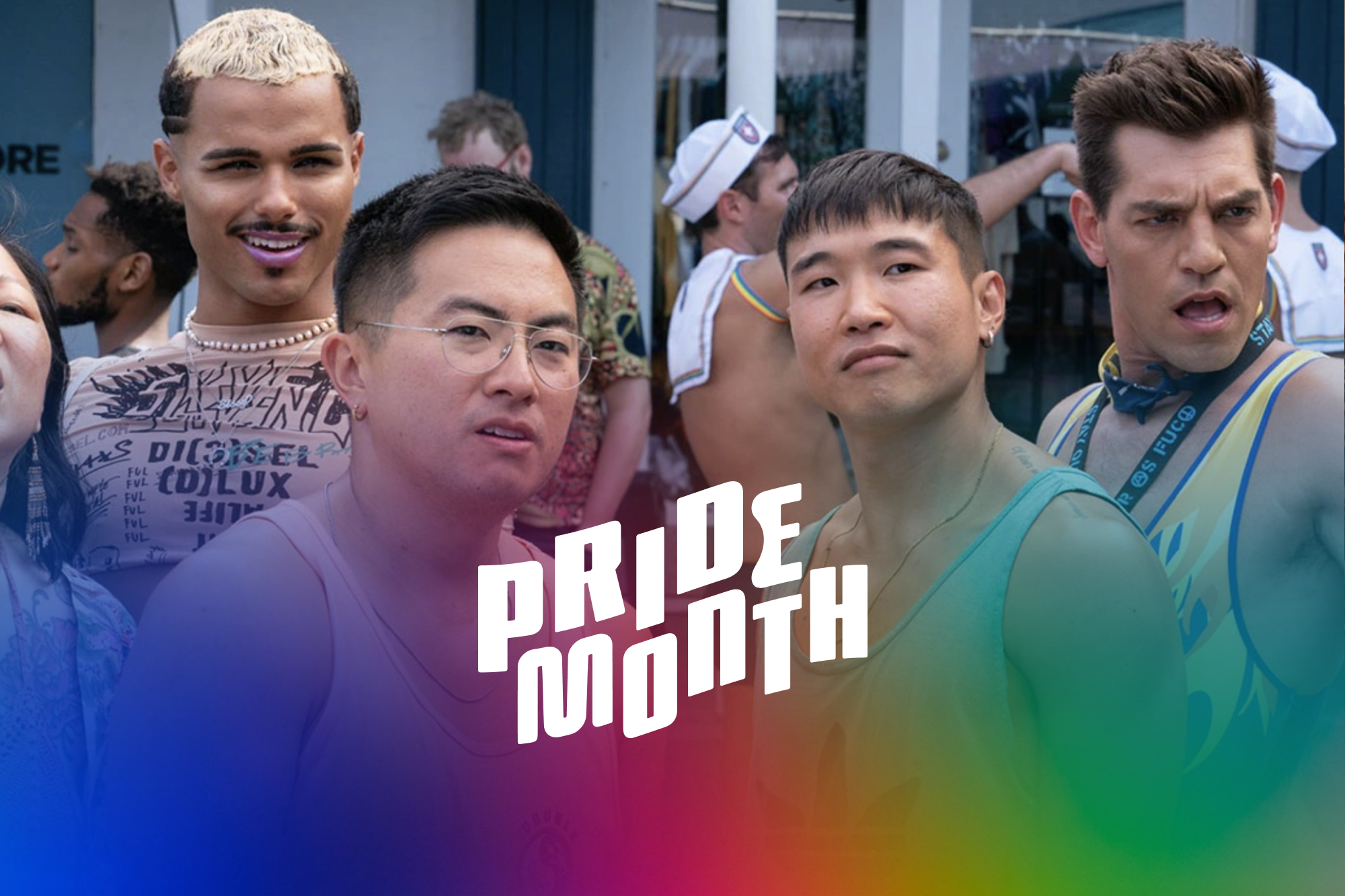 There are moments of inspired whimsy and comedy in Fire Island, the new queer rom-com from director Andrew Ahn and writer/star Joel Kim Booster. The film is based on Jane Austen’s Pride and Prejudice, but offers a hyper-modern take on the classic story of love, class, and learning to look past our surface selves. The movie follows many of the same plot beats as its source material — often to its detriment — but nonetheless adapts Austen’s story to fit a setting, time period, and ensemble of characters that exist under very different circumstances than those featured in the original text.

To Fire Island’s credit, the film doesn’t hide its Austen inspirations. The film’s opening scene sees Booster’s Noah, a hedonistic playboy, recite a quote from the Pride and Prejudice author only to quickly subvert any expectations Austen’s fans might have by having Noah quickly disregard the novelist’s assertion about men and women as nothing more than heteronormative foolishness. It’s a moment that is intentionally subversive to the point of being almost grating. However, it also injects Fire Island with a dose of playful irreverence that is, unfortunately, absent from most of the film.

Fire Island begins with Booster’s aforementioned Noah racing to link up with his closest friends, Howie (Bowen Yang), Luke (Matt Rogers), Keegan (Tomás Matos), and Max (Torian Miller), as they set out on their annual summer trip to the film’s eponymous island, which has become known as a famous gathering place for members of the gay community. Once there, the group of friends meets up with Erin (Margaret Cho), the quirky woman who owns the Fire Island home that they routinely stay in every year.

Within hours of their arrival, Noah and Howie strike up a deal that involves getting the latter, who longs for the kind of fairytale movie romance that Noah openly detests, laid at least once. Noah, an infamous playboy, proves how serious he is about ensuring his friend has a good and sexually satisfying vacation by vowing not to sleep with anyone before Howie does. However, things quickly become complicated when Howie begins to fall for Charlie (James Scully), a doctor who has journeyed to Fire Island with a group of snobby, wealthy elites, most of whom look down upon Howie, Noah, and the rest of their friends.

In case that wasn’t bad enough, Noah finds himself feeling surprisingly attracted to one of Charlie’s friends, Will (Conrad Ricamora), a successful lawyer that seems, at first, to hold nothing but disdain for Noah. Anyone familiar with Pride and Prejudice will be able to predict the ultimate arcs of Howie and Charlie and Noah and Will’s relationships, as will anyone who has seen any studio-made rom-com of the past 30 years. Unfortunately, therein lies the biggest problem with Fire Island: It’s a film that joyously celebrates an underrepresented community by trapping them in overly familiar storylines.

While it makes sense that Fire Island adopts the same structure as Austen’s original story, the film’s lack of narrative ingenuity sucks a lot of joy and energy out of its overlong third act. That issue is worsened by the fact that Noah and Will’s bond is void of the kind of unsure tension that it needs in order to warrant as much attention as it’s ultimately given. Will, additionally, lacks the degree of dimension and edge necessary to make him someone the audience can actually believe could go toe-to-toe with Booster’s Noah.

The fact that Fire Island ends up defaulting to as many overdone rom-com clichés as it does in its final third is particularly disappointing, however, because of how fun its first two-thirds are. Outside of Noah’s unnecessary voice-over narration, which plagues the film’s first act, Fire Island’s opening hour largely works as a raunchy comedy about a group of openly gay friends.

While the film frequently crumbles under the weight of its source material as well, there are moments when Fire Island does feel unique and distinct — namely, whenever it actually takes the time to explore its titular location. That’s certainly the case during the film’s midpoint party sequence, which is when Fire Island is at its most lively and chaotic. The sequence is punctuated by a series of misunderstandings and arguments but is set during a celebration that is so frankly sexual that it makes the film feel like a truly modern commentary on Austen’s original story in a way that no other sequence in Fire Island really does.

The film, which is Andrew Ahn’s third directorial feature, also frequently looks visually sumptuous and vibrant. That’s especially true during Fire Island‘s numerous sunset sequences, which allow Ahn and cinematographer Felipe Vara de Rey to bathe the film’s cast of characters in warm, amber-orange light. Although Ahn’s contemplative style does sometimes seem incongruous with Fire Island’s more screwball moments, he frequently succeeds at highlighting both the visual beauty of the film’s eponymous island and the talents of its cast.

Yang, in particular, shines as Howie, a character who manages to be sincere, insecure, open-hearted, and goofy all at the same time. Elsewhere, Margaret Cho similarly turns in a standout performance as Erin, the self-assured bohemian homeowner who has become something of a maternal figure for the film’s central group of friends. Yang and Cho each breathe more life into Fire Island than its script ever does, and the film could have benefitted from spending more time with both of them.

Howie and Erin still end up feeling less distinct and dimensional than they should, but that is something that, unfortunately, can be said about all of Fire Island. It’s a film that has plenty to offer, including several moments of inspired revelry and raunchy fun, but it ultimately fails to tell enough of its own story.