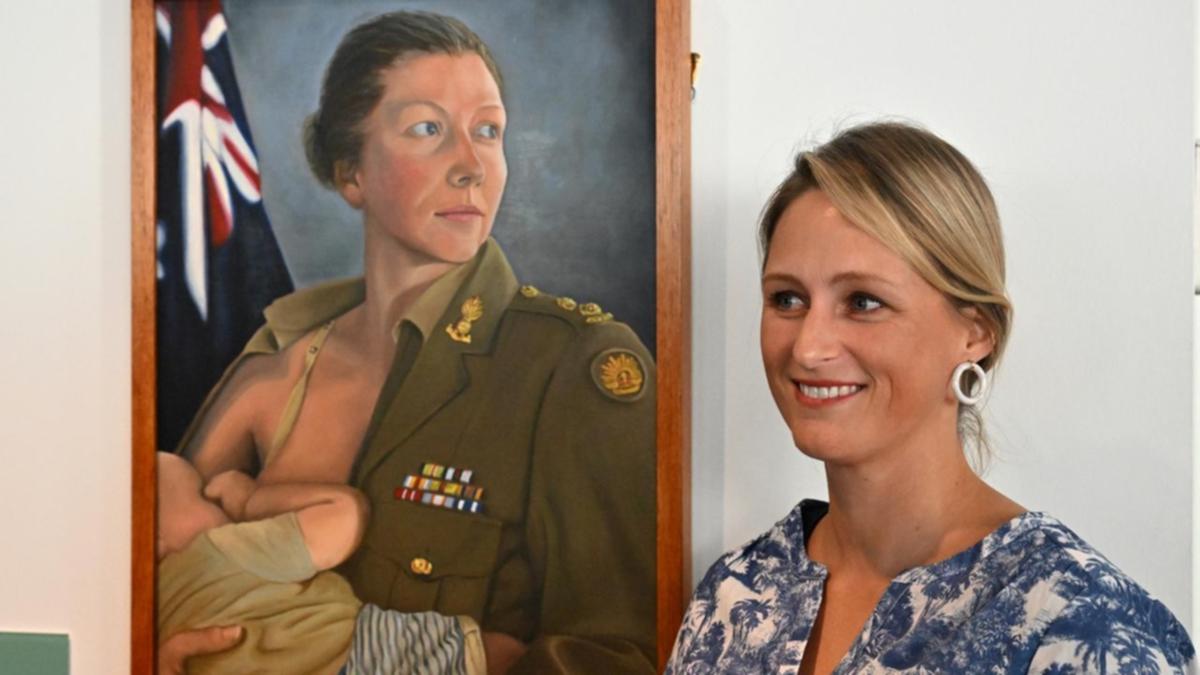 Mothers who have served in the defence forces will see themselves in a prize-winning painting and know they are not alone, the artist hopes.

Retired army major Anneke Jamieson won a $10,000 art prize with her painting of a servicewoman in uniform breastfeeding her baby, titled The Promotion.

Mrs Jamieson, a mother of three who had a 20-year career in defence, says she was inspired by her own experiences to create the winning painting.

As a mother for the last 10 years of her service, Mrs Jamieson said the conflict between wanting to excel at work but also be at home with her children had ultimately led to her decision to leave the defence force.

“I thought it was only my story and I never discussed that conflict with very many people,” she told reporters.

“It turns out that I’m not alone.

“I hope seeing the work will allow service mums to forgive themselves.”

The Napier Waller Art Prize, open to current and former Australian Defence Force personnel, was awarded at Parliament House in Canberra on Thursday.

The judges’ decision was unanimous.

Mrs Jamieson said the painting was not a self-portrait but a picture of a successful lieutenant colonel, dedicated to her soldiers, who had returned from maternity leave changed in ways she couldn’t imagine.

“She’s looking towards her career and saying ‘I’m coming, I want to be there’ but actually, I’m a little bit here too,” she said.

“As much as I want to … a little piece of me is right here (with my child). And you can’t have that.”

Mrs Jamieson said in the army she found that despite support from her husband and the institution, she could not resolve her struggle to be both the officer and the mother she wanted to be.

“I dedicate (the painting) to the mothers who serve. She now belongs to them,” she said.

“This story, which as it turns out is a very common story, … is now part of the archives along with stories from World War I, World War II and other wars that have passed … that is very special.”

Mrs Jamieson said The Promotion might be the first in a series of paintings representing the experiences of service mothers.

The artwork was selected from a shortlist of 14 and will be added to the Australian War Memorial’s collection.

An exhibition of 14 highly commended works from the competition is on show at Parliament House in Canberra until November 20.

Voting for the $5000 People’s Choice Award will continue online until the exhibition closes.

What time is today’s Jan 6 hearing? How to watch online and on TV

The Breakthrough In VR Storytelling Is Not What We Thought It Would Be. It’s Better.

Martin O’Sullivan: Why everyone should consider putting…

All upcoming game releases for October 2022 — from Call of…

Major review of vaping finds age-group at ‘greatest risk of…