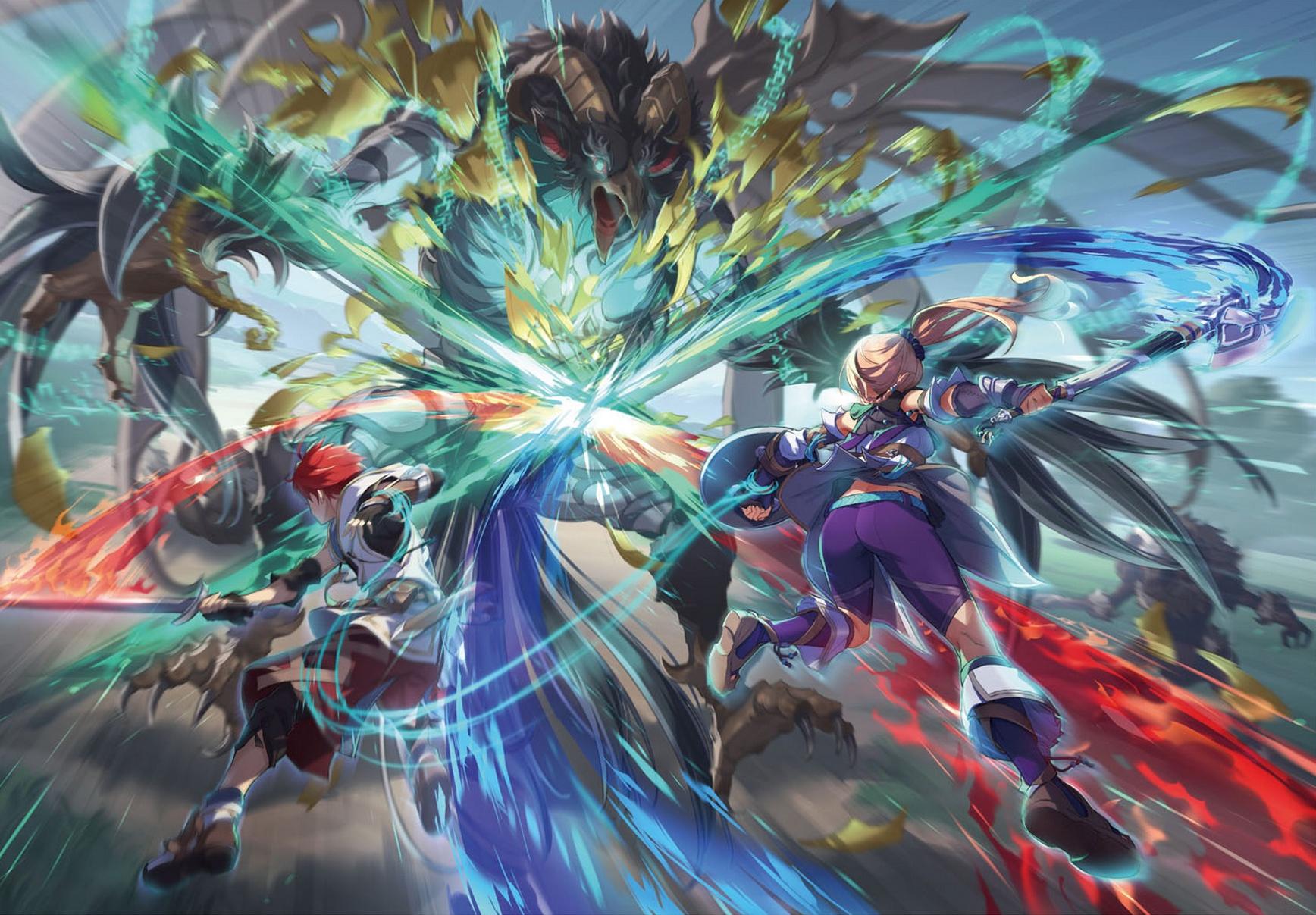 Today’s issue of Weekly Famitsu included the first artwork of the 10th numbered installment of the Ys franchise.

The artwork, that you see at the bottom of the post, included the following elements according to the magazine:

According to Nihon Falcom president Toshihiro Kondo, the artwork represents the elements that he wants to include in the game. Incidentally, we also learn that the game is set in the northern part of the continent of Eresia.

Within the accompanying interview, Kondo-san explained that the game’s development is proceeding and players can expect the same exhilaration provided by the action in the previous chapters of the series, but other elements are being reviewed, for instance, the feel of 1 vs 1 battles.

We hear that the developers aren’t going for a souls-like style, which usually makes movements heavier and more difficult. However, they are considering whether they can incorporate some of the elements from the Souls games while adapting them to the Ys style, making it lighter, like a Ys-style Souls-like game.

While confirming that Adol looks younger in the artwork, Kondo-san mentions that he wants to create an adventure that would be possible only because it’s about a younger Adol.

While there have been requests for remakes, the developers decided to move on to a new Ys game, inspired by what was achieved by the Legend of Heroes development team.

With the shift to the northern part of the continent, which may be similar to Northern Europe and the UK, new countries and powers will emerge, balancing the importance of the Romun Empire which has been prevalent until now.

The way of switching the party members, choosing your active character, and fighting with slash, pierce, and strike, attributes, will change significantly in the new game. This is symbolized by the energy tether in the artwork.

While Kondo-san can’t reveal the platforms just yet, the aim is to have a game that can be enjoyed by a wide variety of users, and that may also be one of the reasons for having a younger Adol. The developers are working on it so that it can be released on various platforms.

The 10th game of the series will focus on providing new gameplay elements, incorporating some that have never seen before in previous Ys games. This can take the form of scenarios, actions, or systems. That being said, it will also retain those elements of the Ys series that fans love.

It’s worth mentioning that Kondo-san doesn’t officially call the game “Ys X,” albeit it’s pretty safe to say that he hinted to it.

Once you choose your Hogwarts Legacy talents, you’re stuck with them

Deceive Inc. is a groovy game of deception and subterfuge – coming March 21 –…