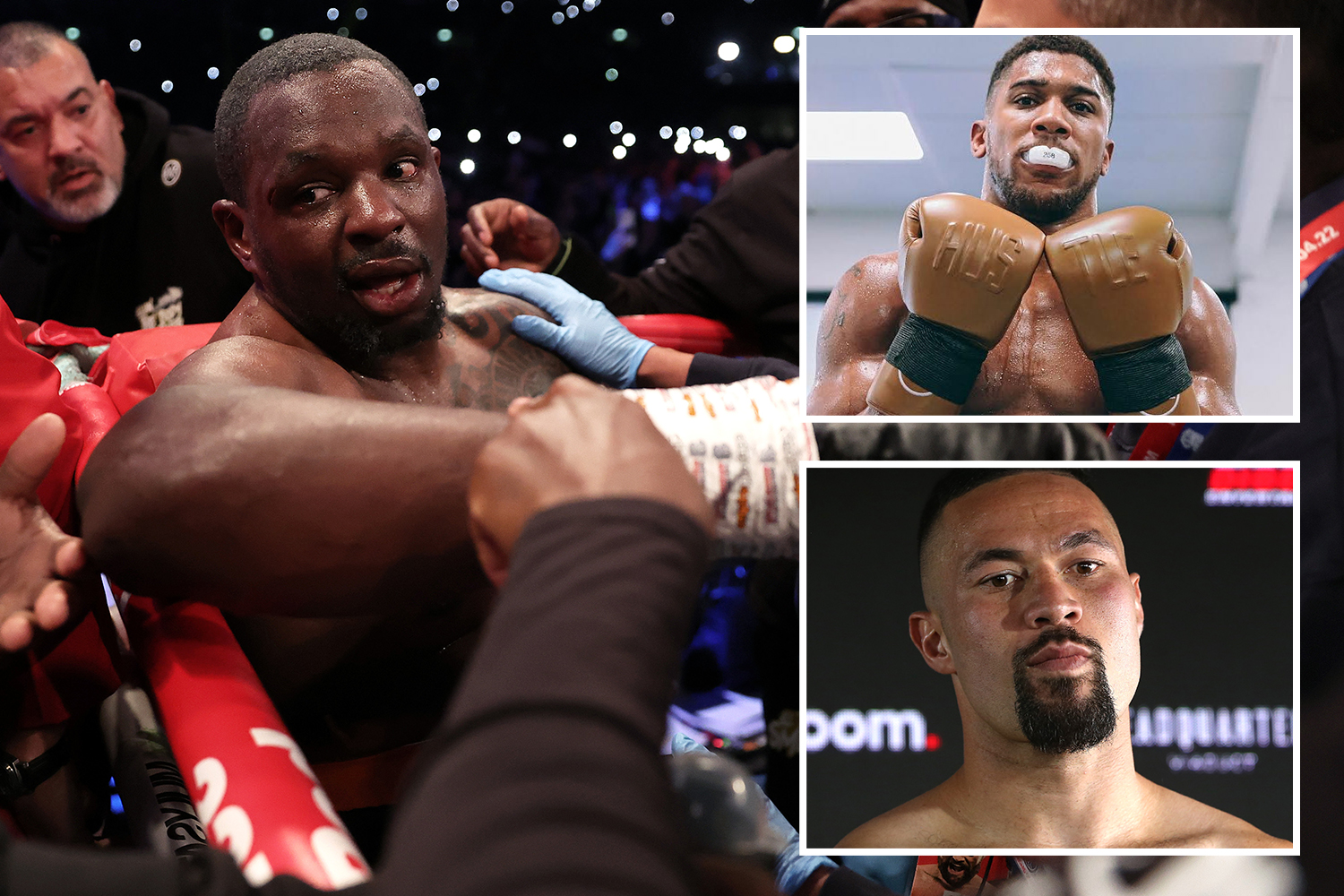 DILLIAN WHYTE is on the lookout for the fastest route back to world title contention following his brutal loss to Tyson Fury.

The Brixton banger was knocked out in the sixth round of his domestic dust-up with The Gypsy King on Saturday night in front of a sold-out Wembley Stadium.

A vicious right uppercut – which was accompanied by a shove – ended Whyte’s hopes of claiming the WBC heavyweight title on home soil.

Whyte, 33, will now have to rebuild himself in order to get back into the congested heavyweight title picture.

And there are plenty of viable fights out there for the Body Snatcher to kickstart a run back up the ranks.

So with that in mind, SunSport thought it’d only be right to list the five potential fights for Whyte.

Like Whyte, former WBC heavyweight king Deontay Wilder is out of the win column following a spectacular KO loss to Fury.

The Bronze bomber suffered a brutal 11th-round stoppage loss to Fury in their trilogy fight last October but has no plans to hang up his gloves.

An explosive showdown between the pair makes sense at this stage of their respective careers.

And when you factor in their long-running feud, the fight has all the ingredients for a barnburner of a brawl.

Former unified heavyweight champion Andy Ruiz Jr is also well and truly out of the title picture – despite returning to the win column against Chris Arreola last May.

And should he get through the veteran heavyweight, a showdown with the last man to face Fury could very well put him on the brink of fighting for a world championship again.

Although Joseph Parker is on course to face Joe Joyce in the summer, a rematch with Whyte would make sense for both men – regardless of the outcome of his clash with the Juggernaught.

Whyte edged the former WBO heavyweight champion in the summer of 2018, dropping him twice in their O2 Arena clash.

But he was almost finished in the final round of their thrilling tussle – which many boxing fans are eager for them to run back.

Lawrence Okolie is currently cutting his teeth at cruiserweight but has entertained the prospect of moving up in weight.

And a grudge match with Whyte could be the perfect welcome to the division for ‘The Sauce’.

The pair’s feud began in 2019 when WBO cruiserweight champ Okolie called out Whyte after the Brixton banger campaigned for Richard Riakorphe to fight him.

Whyte’s angry reaction to the call out prompted Okolie to release a 20-second clip of himself getting the better of Whyte in sparring.

Tensions between the pair have since simmered, but they’re far from pals.

Whyte has been itching to avenge his devastating defeat to Anthony Joshua from the moment he came up short in the domestic dust-up in December 2015.

He did, however, turn down a short-notice rematch with AJ in 2019

But the stars could align for a shot at redemption if Joshua losses his high-stakes rematch with Oleksandr Usyk in the summer.