Flaming Tesla has to be buried in pit to extinguish battery 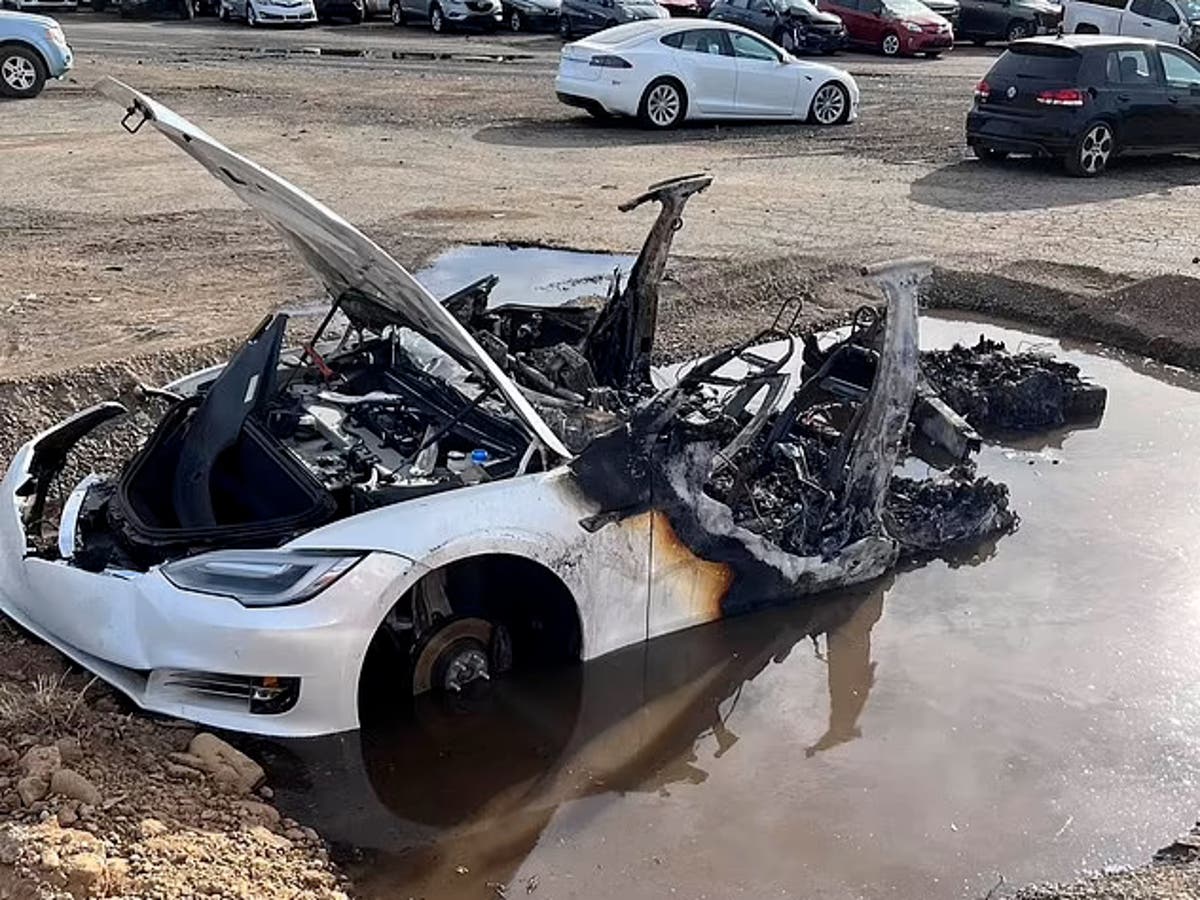 Firefighters dug a pit and used thousands of gallons of water to put out a fire when a Tesla Model S burst into flames at a scrapyard in Rancho Cordova, east of the California capital of Sacramento.

The car had been in the wrecking yard for three weeks following a crash. According to the Sacramento Metropolitan Fire District, the vehicle was on fire when the firefighters arrived at the scene.

Every time that the fire crew tried to put out the blaze, the car’s battery would restart the fire.

The agency posted videos of the fire on social media, noting that despite the firefighters turning the car over onto its side to get direct access to the battery, the vehicle would once again catch fire “due to the residual heat”.

The fire crew then used a tractor to dig a pit close by and moved the vehicle into the pit and filled it with water, “effectively submerging the battery compartment”.

The measure finally put out the fire. A total of about 4,500 gallons of water was used over the course of more than an hour. A similar amount of water is usually used for building fires.

Capt Wilbourn told The Post that the agency hasn’t figured out why the car “spontaneously caught fire”, adding that it was the first time the Sacramento County department has put out a Tesla fire.

But the spokesman told the paper that they are preparing to put out more fires connected to electric vehicles as more and more EV owners install chargers in their garages.

“This is a whole new animal for the fire service,” Capt Wilbourn told The Post. “We’re still trying to wrap our heads around the [electric vehicle] fires.”

The fire is similar to that of other electric vehicle fires. In December 2020, a home fire in San Ramon, California was started when two Teslas caught fire in the garage, The Post reported.

One of the vehicles was charging when it was engulfed in flames and the blaze spread to the second Tesla. At least six fire trucks were needed to put out the garage fire.

Chevrolet, Audi, and Hyundai have recalled electric vehicles because of the fire risk.

A first responder guide to the Tesla Model S states that between 3,000 and 8,000 gallons of water could be needed to put out a fire, with the water having to be “applied directly to the battery”.

But Capt Wilbourn said that between 20,000 and 30,000 gallons of water could be needed for battery fires.

The lithium-ion batteries used in electric vehicles continue to burn until all the energy inside is spent.

The Sacramento fire department said that putting the car in a pit filled with water limited the amount of water needed.

The Independent has reached out to Tesla for comment.