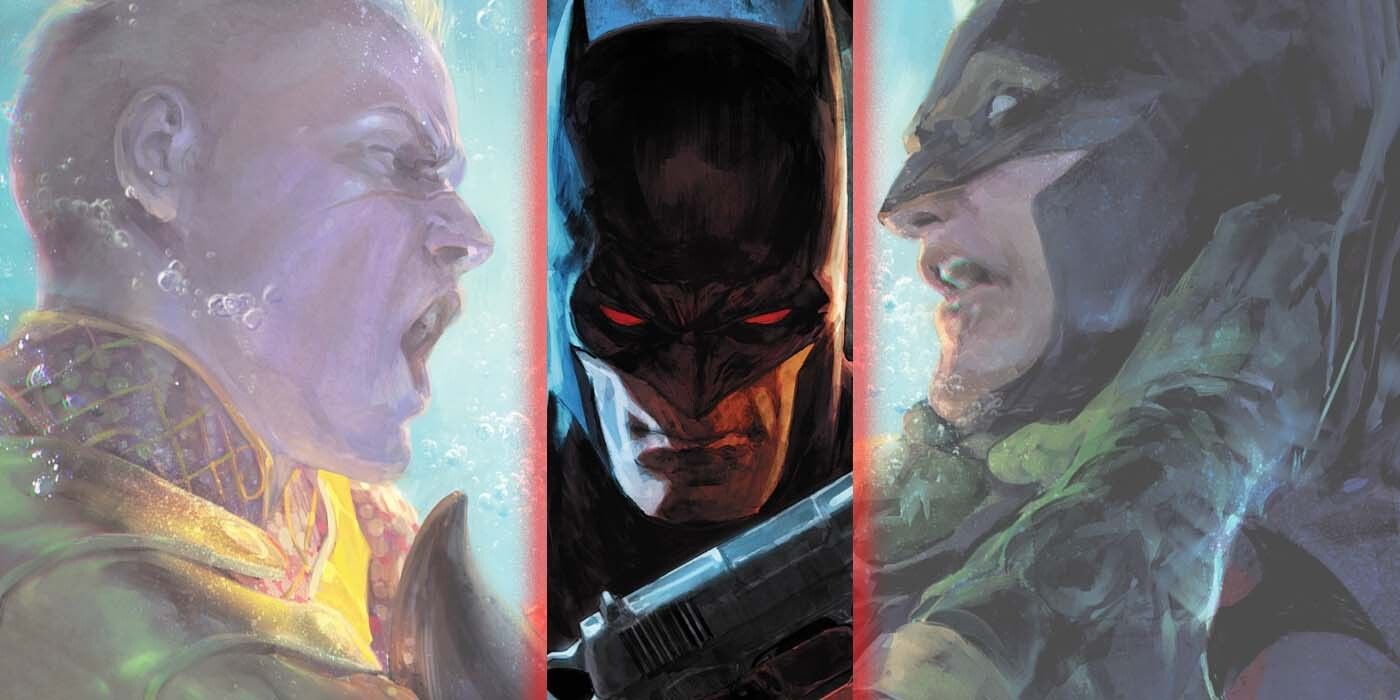 Across the various worlds of the DC Multiverse, there are plenty of grim timelines — especially in the Dark Multiverse, where major events all play out in truly tragic fashion. Among the most genuinely horrible is the war-ravaged and cynical Flashpoint timeline, where even classic heroes can find awful fates awaiting them.

This even extends to relatively innocent figures, such as the Flash variant who appears in Flashpoint Beyond #0 by Geoff Johns, Eduardo Risso, Trish Mulvihill, Rob Leigh, Dexter Soy, and Alex Sinclair — who suffers a truly brutal death similar to one teased in the Dark Multiverse.

RELATED: Flashpoint Beyond May Reveal Deathstroke’s Fate After Shadow War

The Flashpoint-Batman has been through a lot. After helping Barry Allen restore the core-DC Universe, Thomas Wayne found himself in the primary universe. After a period of fighting against his son, Thomas briefly served with Justice Incarnate before being seemingly destroyed by Darkseid during Infinite Frontier. After reawakening in the world of Flashpoint following his apparent demise, Thomas Wayne struggles to find a way to restore the timeline. This includes finding the Barry of his world — here an unassuming CSI officer without any form of superpowers — and attempting to recreate his connection to the Speed-Force.

Having helped Barry do so in Flashpoint and therefore aware of what he needs to do to recrate the accident that created the Flash, Thomas ends up kidnapping and forcibly strapping his world’s Allen into a chair atop a skyscraper with all the necessary chemicals prepared nearby. However, just before the process can begin, the vials containing the chemicals are shattered by a harpoon. Shot by an Atlantean agent sent to assassinate Barry Allen before he could become empowered, this mission proves to be a success. Without the chemicals to help push Allen into the Speed Force, the lightning bolt strikes a horrified Allen and kills him instantly, leaving a burning corpse and Thomas with seemingly no way to try and restore the universe.

It’s an absolutely brutal moment, killing one variant of a classic hero in truly terrifying fashion. It’s also not the first time Barry Allen suffered such a fate in the Flashpoint timeline. The first attempt to restore his powers in Flashpoint almost killed Allen, as it took two attempts to actually recreate his powers. The experiment was genuinely fatal in Tales from the Dark Multiverse: Flashpoint, with Barry’s demise becoming the primary point of divergence in a universe increasingly dictated by Professor Zoom (who seems to briefly appear moving at super-speed in Flashpoint Beyond #0).

In fact, these distinct similarities in how the two versions of Allen died might be a clue towards the Flashpoint universe’s place in the multiverse. In theory, the Flashpoint universe doesn’t exist anymore. It should have been erased by the events of Flashpoint, and was seemingly fully erased during the course of “The Button” storyline. In theory, the Flashpoint universe shouldn’t exist at all in the current multiverse. It’s possible that the reality was fully recreated, but it’s also possible that this dark timeline — where Atlantis is on the verge of conquering the world and most of the heroes are missing-in-action — is actually tied to the Dark Multiverse. This would explain how dark things have become, and would make sense given Darkseid’s empowered blast potentially being strong enough to fully remove Wayne from the multiverse as a whole. If true, then Thomas Wayne might need more help than he realizes to escape his dark world or work to fix it — potentially setting the stage for someone like the Final Knight (the last survivor of his reality in the Dark Multiverse) to return to the playing field.

Brandon Zachary is an Associate Writer with Comic Book Resources and has written for CBR since 2018. He covers breakouts on comics, film, television, video games, and anime. He also conducts industry interviews, is a Rotten Tomatoes certified film critic, and knows SO MUCH about the X-Men. For requests, comments, or to hear his pitch for a third Avatar series that incorporates robots, you can contact him through [email protected]