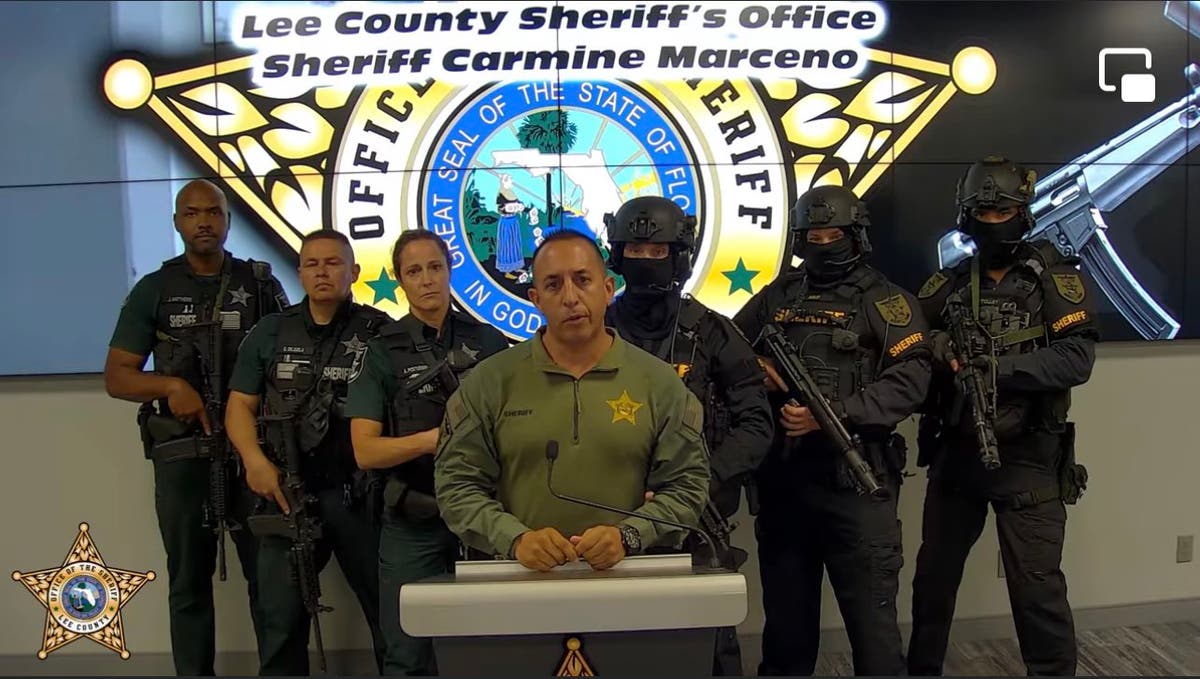 Police in Florida arrested a fifth-grade student on Saturday after he allegedly threatened to conduct a mass shooting.

The Lee County Sheriff’s Office said they were tipped off about a threatening text message sent by a 10-year-old student at Patriot Elementary School in Cape Coral on 28 May.

“The School Threat Enforcement Team was immediately notified and began analytical research. Due to the nature of the incident, the Youth Services Criminal Investigations Division assumed the case,” the statement said.

Police then interviewed the child and subsequently arrested him. He was charged with “making a written threat to conduct a mass shooting”.

“Right now is not the time to act like a little delinquent. It’s not funny. This child made a fake threat, and now he’s experiencing real consequences,” sheriff Carmine Marceno said.

The incident comes less than a week after an 18-year-old gunman went on a shooting spree at Robb Elementary School in Texas’ Uvalde, killing 19 children and two adults.

The police in Uvalde have been criticised for not acting in time to contain the gunman, Salvador Ramos.

According to new details that have emerged, nearly 20 officers remained outside the classroom at the elementary school where the shooting took place despite dozens of 911 calls pleading for help.

The US Department of Justice will now investigate the police response to the Uvalde school shooting.

Mr Marceno said that his team was quick to investigate the threat on Saturday.

“We will have law and order in our schools! My team didn’t hesitate one second…NOT ONE SECOND, to investigate this threat,” he said.

On 27 May, after the Uvalde shooting, Mr Marceno had said at a press conference: “You don’t get to shoot our children. You bring deadly force in this county, we are going to kill you.”

US president Joe Biden and Texas governor Greg Abbott visited the school in Texas on Sunday and offered their condolences at the memorial made for the victims.

Mr Abbott, who was booed and heckled by the angry crowd, has previously said he expects new laws following the elementary school shooting, but when he was pressed for details, his response revealed he was inclined to focus on mental health rather than gun reforms.

Mr Biden, who has tried to address gun violence through executive orders, has stopped short of demanding Congress pass any specific bill, given Washington’s sharp divisions on gun control legislation.

Over the weekend, a bipartisan group of senators in Congress discussed ways they could reach even a modest compromise on gun safety legislation after a decade of mostly failed efforts.

Should I swerve to avoid hitting an animal in the road?