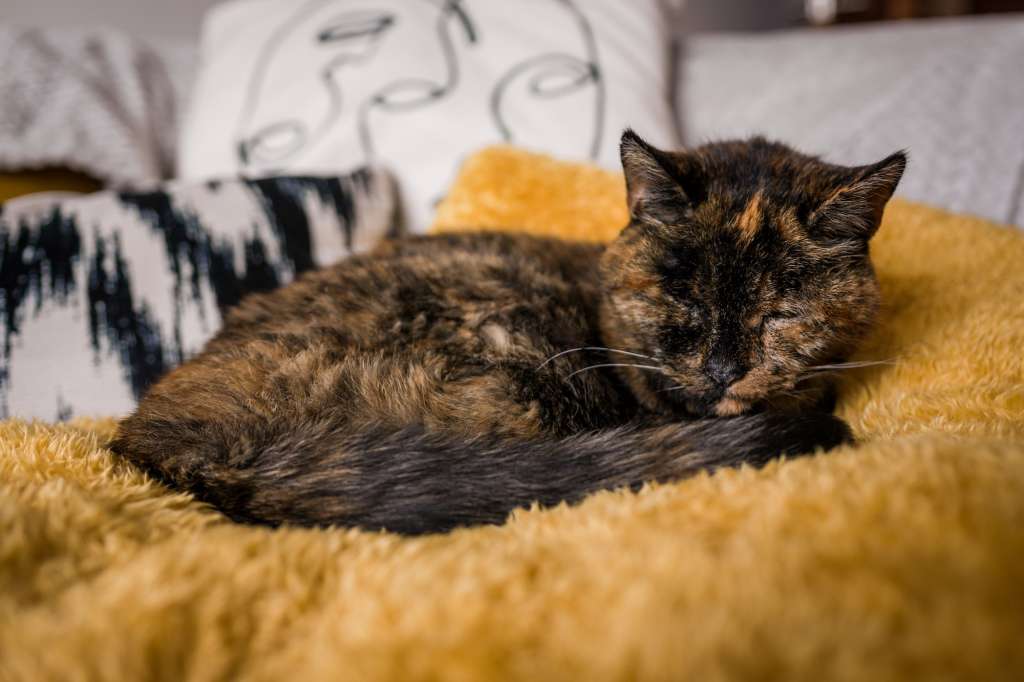 (CNN) — Flossie, at the age of almost 27 — which is the feline equivalent of being 120 human years old, according to Guinness World Records — has been crowned the world’s oldest living cat.

The British brown and black cat received official recognition from Guinness World Records on Thursday at the record-breaking age of 26 years and 329 days, according to a news release. Although she’s poorly sighted and deaf, she is reportedly in good health.

“I knew from the start that Flossie was a special cat, but I didn’t imagine I’d share my home with a world record holder,” said owner Vicki Green, who adopted her after the elderly pet was handed in to UK cat welfare charity Cats Protection in August.

“She’s so affectionate and playful, especially sweet when you remember how old she is. I’m immensely proud that Cats Protection matched me with such an amazing cat,” she added.

Flossie has been in several homes since living as a stray kitten close to Merseyside hospital in Liverpool, northwestern England, in the first few months of her life in 1995.

She was adopted by a worker at the hospital, who she lived with for 10 years before her owner died. Flossie was taken in by her late owner’s sister. After 14 years, her second owner died. She was then with her second owner’s son for three years, before being entrusted to volunteers at Cats Protection.

That is when word of her incredible age began to spread and the journey to confirm her record began.

“We were flabbergasted when we saw that Flossie’s vet records showed her to be 27 years old,” said Naomi Rosling, the charity’s branch coordinator, in the release.

Most cat owners prefer to adopt a much younger cat, with elderly animals often living their final days in shelters, according to the release.

The oldest cat who ever lived, Crème Puff, reached the age of 38 years and three days. They died on August 6, 2005.

The former oldest living dog, Pebbles, died on October 3, five months before the toy fox terrier’s 23rd birthday. Gino Wolf, who lives with his owner in Los Angeles, is the current record holder at 22 years and 2 months old.