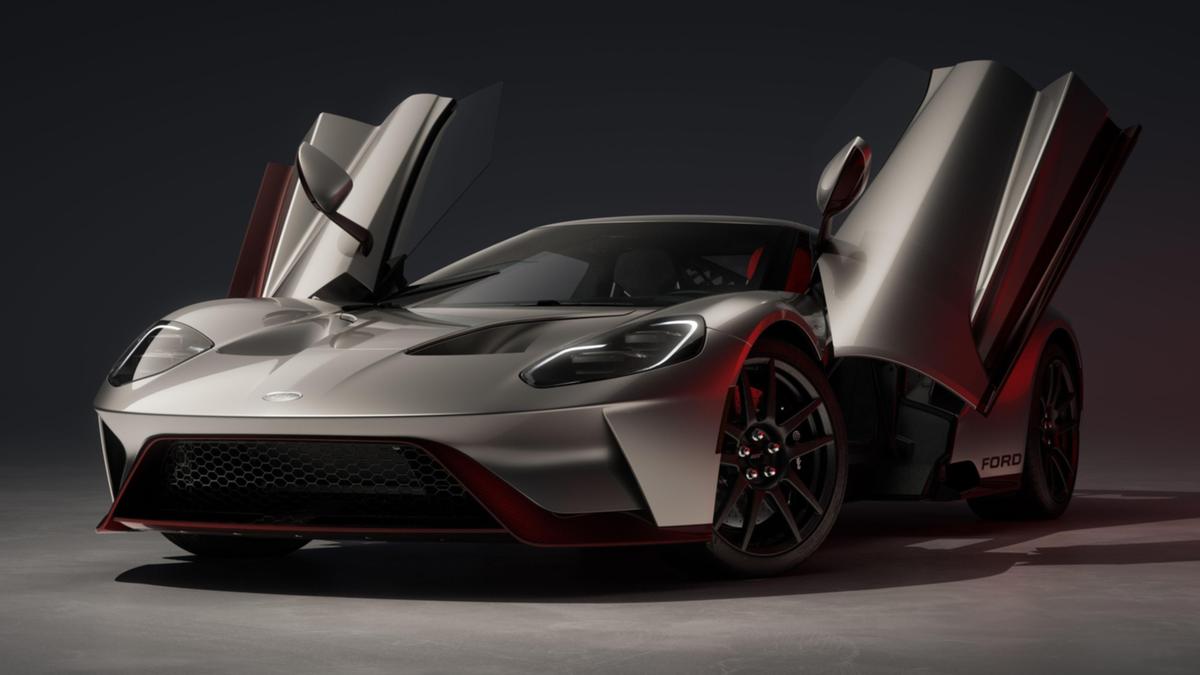 As the second-generation Ford GT — the third generation if you count the original GT40 — comes to the end of the road, it is signing off with a homage to its race heritage.

Unveiled overnight, just 20 copies of the Ford GT LM Edition will be produced, with the final car set to roll off the line at Multimatic’s plant in the suburbs of Toronto, Canada, by the end of the year.

Changes to the car are primarily cosmetic, with the LM Edition featuring the same 3.5-litre twin-turbocharged V6 engine as the regular GT.

This Ecoboost mill makes 492kW and 745Nm, all of which is sent to the rear wheels via a seven-speed dual-clutch automatic transmission.

The car’s impressive output figures are advertised by a new pair 3D printed titanium exhaust tips, which feature a cyclone pattern on the inside.

3D printing is also used for the GT LM badge on the rear of car, but the 3D printing highlight is the numbered dashboard panel insert, which is made from an alloy derived by the ground down crankshaft of the Ford GT race car that came third in its class in the 2016 edition of the 24 Hours of Le Mans.

Finished in Liquid Silver paint, the GT LM Edition is available with either a red or blue tint for its exposed carbon-fibre elements, including the front splitter, side sills, door sills, engine bay louvres, wing mirror stands, and rear diffuser.

The 20-inch glossy carbon-fibre wheels have inner barrels accented in either red or blue, but the Brembo brake calipers are only available in gloss black.

The red and blue colours are said to be a tribute to the livery worn by the cars that finished first, third and fourth in the LMGTE Pro class in the 24 Hours of Le Mans in 2016.

For the cabin, buyers can again choose between blue or red for the faux suede trim covering the driver’s carbon-fibre bucket seat, while the passenger’s bucket seat is finished in black with blue or red contrast stitching.

Carbon-fibre features on the centre console, air vents, and lower section of the A-pillars, while the dashboard is finish in a mix of leather and faux suede.

The LM Edition not marks the end of the line for the current GT, but is the final limited edition model spun off the supercar, which includes:

Woman saved by miscarriage which stopped breast cancer being terminal