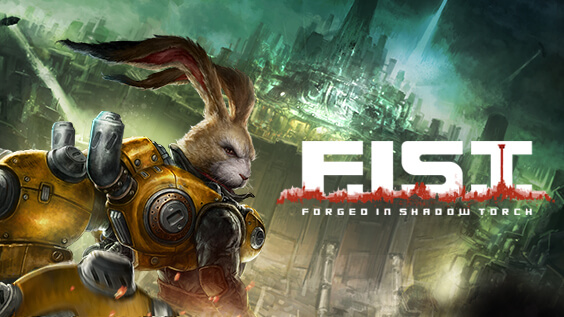 Today, bilibili and Astrolabe Games announced that they’re working together to put TiGame’s 2.5D dieselpunk Metroidvania game F.I.S.T.: Forged In Shadow Torch on Switch, and have set a final release date in the west. The game will be available in North America and Europe on July 12, 2022.

Here’s some information about F.I.S.T.: Forged In Shadow Torch:

Developed by a team of talented and passionate industry veterans at TiGames and selected into Sony Interactive Entertainment’s “China Hero Project”, the critically-acclaimed F.I.S.T.: Forged In Shadow Torch brings you into the dark, steamy slums of Torch City as a rabbit protagonist wielding a giant mechanical fist, constantly resisting and challenging the oppressor, the Machine Legion.

Six years ago, the Machine Legion invaded and colonized the Torch City, which was originally inhabited by animals. Rayton, the former soldier in the resistance war, has been living in seclusion since then. In order to rescue his arrested friend, Rayton reclaims his mechanical fist and decides to fight back. Little did he know he would be involved in a much bigger scheme between the Mafia, the Rebellion, and the Legion. F.I.S.T.: Forged In Shadow Torch features multiple carefully-designed weapons, satisfying combos, and kaleidoscopic upgradable skills that can support a number of different playstyles. Various enemies will hurl their unique weapons to attack while cooperating closely in order to corner Rayton. And of course, there are more than a dozen of bosses that will try to teach Rayton a lesson with totally different combat tactics and patterns, providing players with a fun and engaging arcade-style experience.

The combination of the dieselpunk aesthetics and the oriental-style architecture constructs the core visual style of Torch City. Players will find a great number of puzzles and challenges perfectly blended into a sophisticated and interconnected game map worth exploring.

F.I.S.T.: Forged In Shadow Torch is powered by Unreal Engine 4. On Switch, it’s confirmed that the title “is aiming to achieve 1080p 30fps performance when docked, and 720p 30fps in handheld mode.”

A trailer celebrating today’s release date news for F.I.S.T.: Forged In Shadow Torch on Switch can be found below.

A physical version for F.I.S.T.: Forged In Shadow Torch with extra goodies will also be made available at a later date. You can pre-order a copy on Amazon here.

The Fed raised interest rates 0.75%: Here’s how it will affect your wallet.