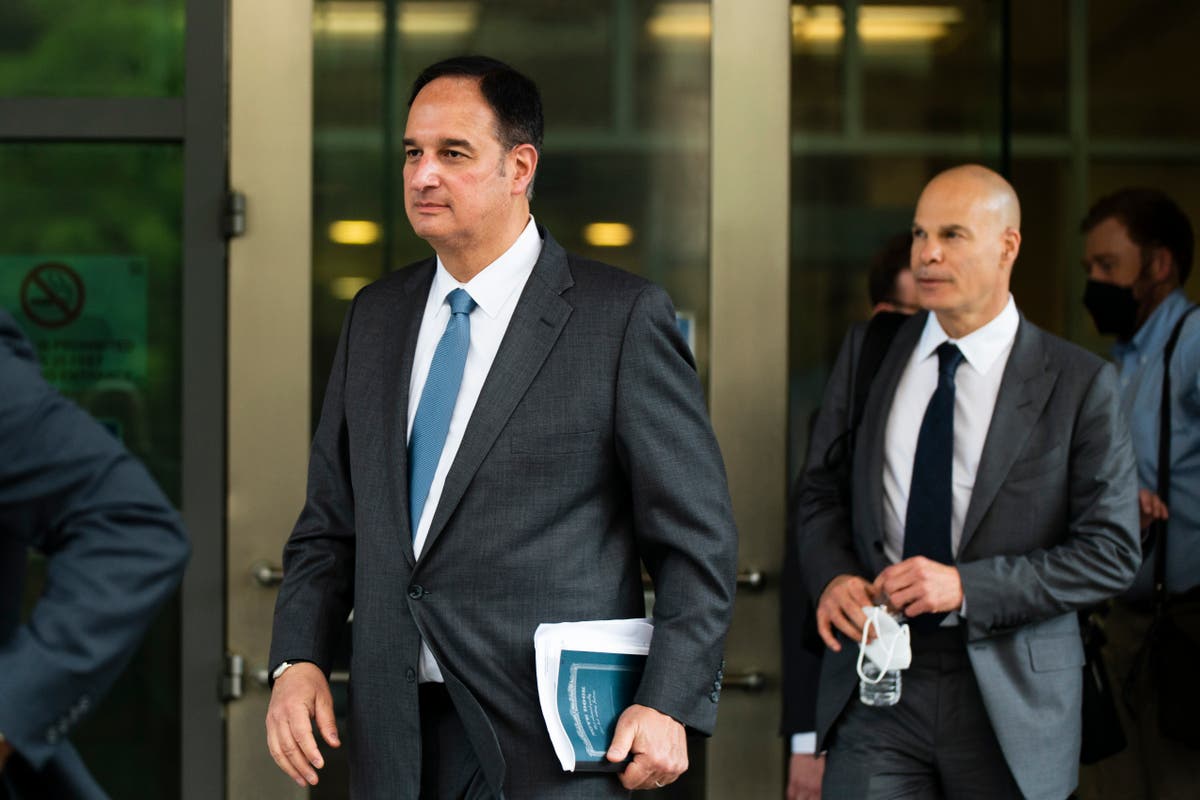 A District of Columbia jury on Tuesday acquitted attorney Michael Sussmann on charges that he’d lied to FBI agents while tipping them off about allegations that a computer server in Donald Trump’s eponymous skyscraper was communicating with a computer belonging to a Russian bank at the height of the 2016 presidential campaign.

The jury rendered its’ not guilty verdict after three days of deliberations following a two-week trial, during which prosecutors working for Special Counsel John Durham sought to prove that Mr Sussmann, an ex-prosecutor who was a partner at the law firm Perkins Coie when he met with FBI officials about the alleged Trump-Russia computer connection.

The special counsel’s team had argued that the veteran attorney lied when he told the FBI he was not speaking on behalf of a client when he brought them the tip and alleged that he was there on an errand for two clients: former Secret of State Hillary Clinton’s campaign and a computer scientist called Rodney Joffe.

Mr Durham, who was appointed a special counsel by then-attorney general William Barr in 2020, had also sought to prove to jurors that Mr Sussmann’s tip to the FBI was part of a wide-ranging scheme to tar Mr Trump, then a candidate for president, with an “October surprise” to convince voters he was tainted by ties to the Russian government. They argued that he lied about not representing a client because he believed FBI agents would not have taken the tip he provided as seriously if it was thought to come from a lawyer representing Ms Clinton’s campaign.

But jurors did not buy his version of events, and instead chose to belief Mr Sussmann’s attorney, Sean Berkowitz, who argued that the allegations were parti of a “giant political conspiracy theory”.

The jury returned the not guilty verdict after examining one specific piece of evidence — an expense report filed by Mr Sussmann which listed cab fares for the day of his meeting with the FBI. His taxi rides to and from the meeting were not reimbursed by his law firm, which indicated that he did not undertake the trip on behalf of a client who the cab fare could be charged to.

Mr Trump and many of his allies in the Republican Party and in right-wing media have sought to use the prosecution of Mr Sussmann as evidence that any allegation of ties between his 2016 campaign and the Russian government were part of a “hoax”.

But a Justice Department investigation led by former FBI director Robert Mueller found more than 140 separate contacts between Mr Trump and his associates and the Russian government, its’ agents, or other intermediaries during his first presidential campaign.

Mr Mueller also found that the Russian government “interfered in the 2016 presidential election in sweeping and systematic fashion” on Mr Trump’s behalf.

A separate investigation by the Senate Select Committee on Intelligence led by then-chairman Richard Burr, a North Carolina Republican, found that Russia “engaged in an aggressive, multi- faceted effort to influence, or attempt to influence, the outcome ofthe 2016 presidential election” in favour of Mr Trump. Specifically, the panel found that Russian president Vladimir Putin personally ordered hackers working for his country’s military intelligence directorate, known as the GRU, to hack into email accounts of Clinton campaign and Democratic National Committee officials.

“Moscow’s intent was to harm the Clinton Campaign, tarnish an expected Clinton presidential administration, help the Trump Campaign after Trump became the presumptive Republican nominee, and undermine the U.S. democratic process,” the committee wrote in a report released in late 2020.

For Arlington 12 year old who beat cancer, Celtics are a way of life

“The final defense is us and our rifles”: Oath…

Joe Biden didn’t get us into this inflation mess; Jerome…

Overwatch 2 has new maps, heroes, and pricing, but a…