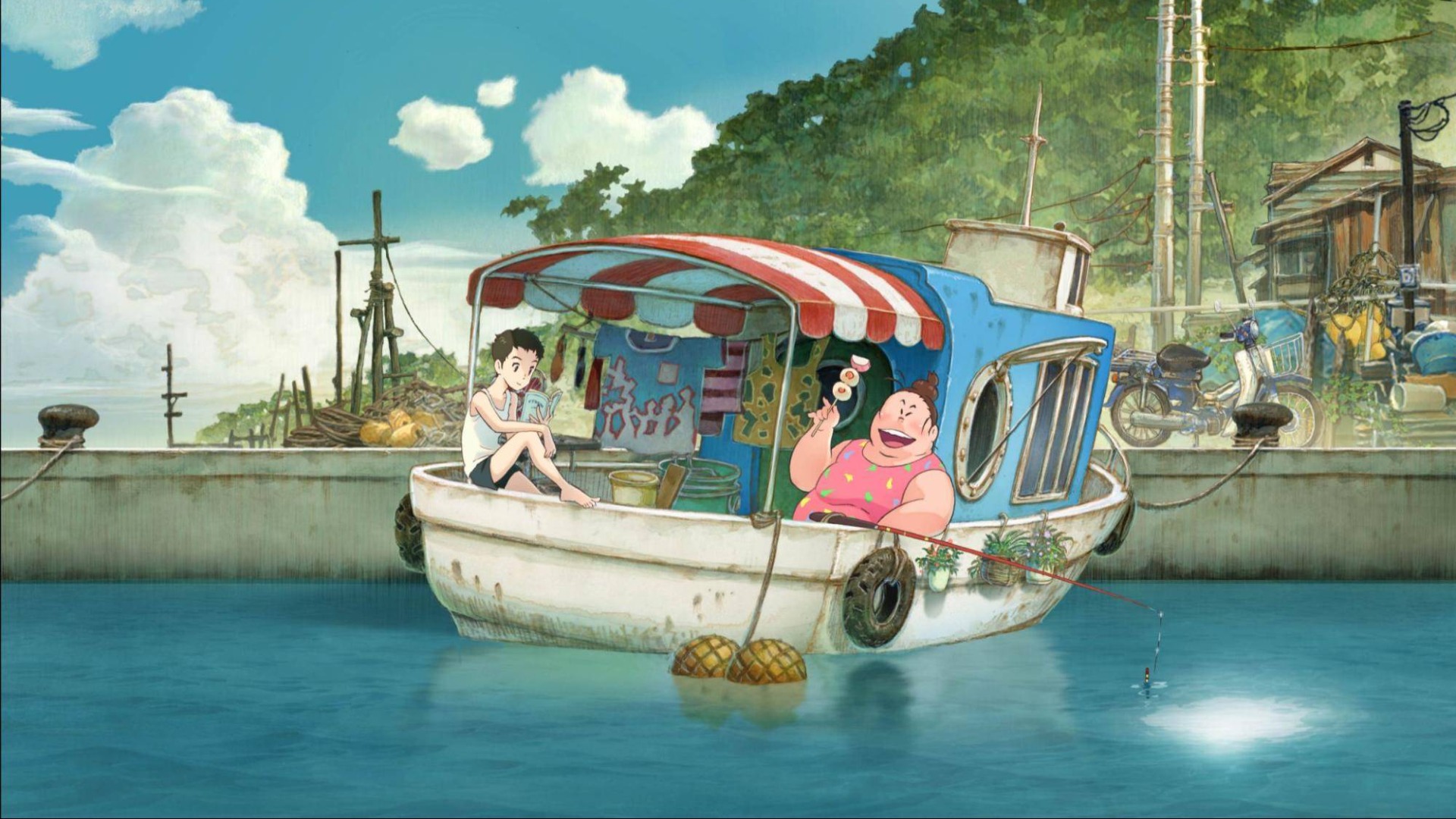 Anime movies like last year’s Demon Slayer: Mugen Train and this year’s breakout hit Jujutsu Kaisen 0 will undoubtedly take up most of the spotlight — on top of what’s yet to come — but this genre excels arguably just as well when it focuses on quieter tales that don’t focus on fantastical beasts or spilling copious amounts of blood.

The story follows a preteen girl named Kikuko who lives in a boat home with her mother — the titular Nikuko. It’s a coming-of-age story that effectively holds to its grounded premise, telling the story in a way that feels like we’re going through Kikuko and the supporting cast of characters’ lives from their perspective. It’s this commitment to character-driven storytelling that makes every seemingly mundane event and every emotional revelation feel so emphasized.

Kikuko is a kindhearted girl who loves her mother, but as the story progresses, it shows how Kikuko has pent-up emotions and carries unnecessary burdens. And as intimate as Kikuko’s story is, how she goes about dealing with issues like schoolyard cliques, being embarrassed by her parents, and letting go of the fear of making mistakes makes this slice-of-life tale nostalgic and relevant for just about anyone.

Along with the aforementioned Watanabe’s gentle and deft filmmaking, Studio 4°C’s art direction is on full display throughout Fortune Favors Lady Nikuko. Every landscape shot feels worth framing and hanging on a wall to proudly show off, the food looks like it could be plucked off the screen, and every character is designed and animated with a similar touch of gentleness that complements Nikuko, Kikuko, and the rest of the cast’s personalities. Likewise, the way that Kikuko sees the local wildlife and (seemingly) inanimate objects gives the quiet town itself a welcome dose of personality.

The studio’s approach is suitably grounded without sacrificing its distinct feeling of whimsical anime style. Everything about the world established in Lady Nikuko feels as picturesque as it looks — real, even — which is a surefire sign that the animators were more than up to the task.

It’s quite the feat how Studio 4°C accomplished bringing to life a world that was previously limited to author Nishi’s text, and perhaps that’s thanks to both the animation team and director Watanabe’s experience working on storyboarding duties (Atashin’chi). Fortune Favors Lady Nikuko‘s quaint seaside town is equal parts quiet, peaceful, and full of life thanks to this.

‘The sounds of the rainforest’

So much can be said of the visuals and individual performances across the board — and deservedly so. However, something that Fortune Favors Lady Nikuko impressively takes to heart is the sound design. With young Kikuko and company going about their days in the movie almost exclusively in their quiet seaside town, the sounds in the background serving as ambiance go a long way in establishing an immersive, realistic atmosphere.

The score itself is also beautifully done, complementing both touching and somber moments without distracting from the scenes themselves. But simply listening to the natural sounds around Kikuko as she walks through her routine life, whether it’s the bustling townspeople at a festival, the sounds of the cook Sassan working his magic in the kitchen, or — and perhaps most of all — the “sounds of the rainforest” as the young protagonist walks to and from school are so enriching to the overall experience.

If anything, much of the talented Studio 4°C’s excellent work in the art direction department has the sound design to thank for providing half of what goes into this vividly painted picture. The atmosphere that’s crafted throughout Fortune Favors Lady Nikuko works in tandem seamlessly with the animation in making this small rural town feel like a rich and tangible place that the audience can see, hear, feel, and even taste through the screen.

A cast as colorful as its visuals

Completing this anime movie is, of course, the heartfelt coming-of-age tale and colorful cast of characters at the core of this visual and atmospheric experience. This is where director Ayumu Watanabe’s aforementioned directing prowess comes into play, along with a talented and well-rounded voice cast.

For those uninitiated in anime TV series or movies, it can be somewhat understandable to see why many expect over-the-top campiness and constant melodrama from the genre. But with Fortune Favors Lady Nikuko, and in a similar way to Hayao Miyazaki and the rest of Studio Ghibli’s movies, audiences are met with a more down-to-earth portrayal of characters that are simultaneously dripping with a personality that’s synonymous with the best endeavors to come out of the anime genre.

Every internal monologue and character interaction feels genuine, and that’s a testament to the immense talent in the cast from top to bottom. They were a lynchpin in helping put to screen a collection of people that also feel real, as well as the freedom that Watanabe’s direction appears to allow them. Even with Nikuko — by far the most boisterous of the cast — there’s a colorful feeling of sincerity in her insurmountable and optimistic view on life.

With its tactful storytelling, talented vocal cast, and sumptuous visuals, Fortune Favors Lady Nikuko is an endearing movie that uses all of its filmmaking components to create one of the most memorable anime films in recent memory.