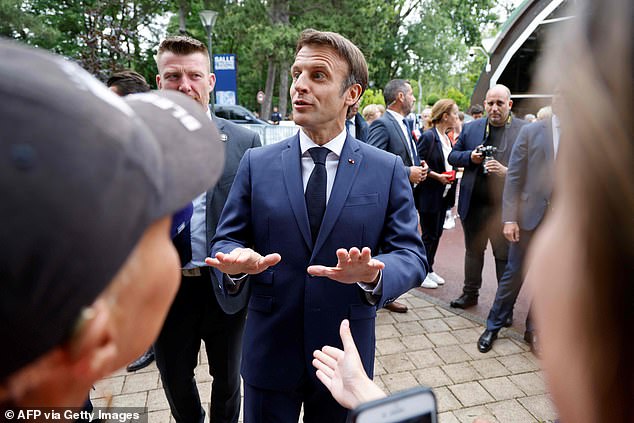 A senior French politician says France faces ‘chaos and disorder’ after Emmanuel Macron suffered a stunning setback in parliamentary elections which lost him his absolute majority.

The lame duck leader, who only two months ago secured reelection, lost more than 100 seats in the National Assembly after voters rejected his ‘arrogance’ and opted instead for far-right and left parties.

Now Macron will struggle to push through his centrist agenda and will need to rely on the support of rival parties to avoid parliamentary gridlock.

To add to the ‘chaos’, prime minister Elisabeth Borne, who was only appointed by Macron in May, offered her resignation but the head of state turned it down.

One of those to have won gains was the French Communist Party, who now have 12 seats in the lower chamber, thanks to the left alliance spearheaded by anti-capitalist Jean-Luc Melenchon.

The Communist’s leader Fabien Roussel stuck the knife into Macron today, pointing out that it is the first time since Jacques Chirac in 1997 that a sitting French president has lost their majority. 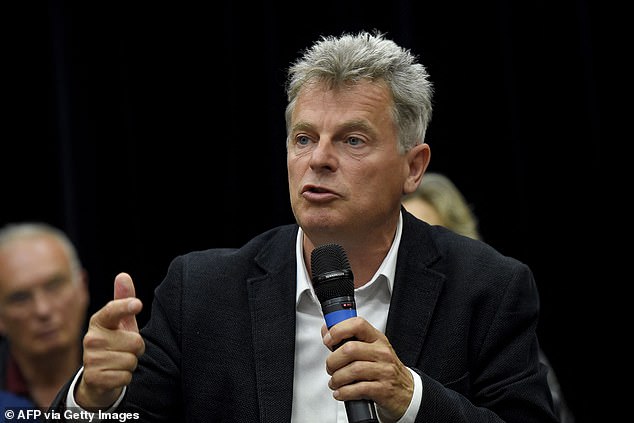 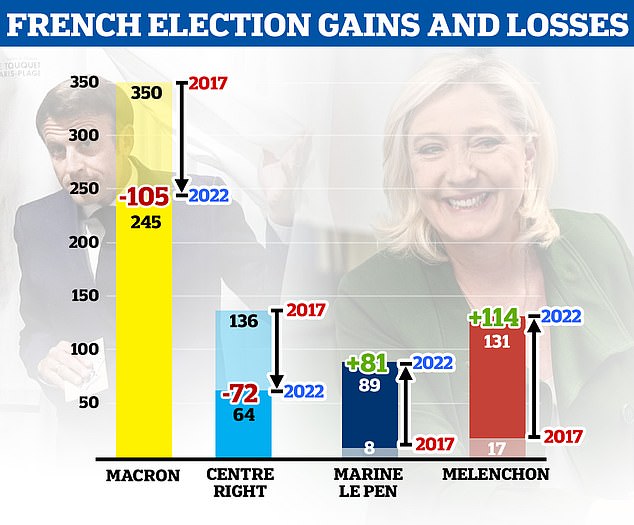 Macron’s centrist alliance took a pounding in the latest election, losing 105 seats from 2017. The centre-right Republicans also lost seats, while Le Pen’s National Rally gained a huge 81 seats. In 2017, Melenchon only led his own party, winning 17 seats, but this team he gathered together a left-wing alliance which won 131 seats, making them the largest opposition group

He told RTL radio today: ‘If the government does not take the measure of the anger – the President of the Republic did not have the majority, it is the first time that this has happened for twenty-five years, that a President has been so disavowed during the legislative elections – if he does not hear this anger which means that he does not have a majority, then yes, he is the one who will cause chaos and disorder in the country.’

He added: ‘It’s been two months since anything happened in this country. I hear a lot of anger, including against the President of the Republic, who is waiting, waiting and waiting. We don’t want to wait any longer.’

Macron has summoned the major players in the new parliament for talks today and tomorrow at the Elysee Palace.

The aim is to ‘build solutions to serve the French’ at a time when there is no ‘alternative majority’ to that of Macron’s ruling alliance, the official added.

Representatives of the parliamentary parties will be received at the Elysee separately and successively, but the official did not specify who had been invited.

This does however suggest that invitations have been extended to the parties of hard-left leader Melenchon and far-right chief Marine Le Pen, who both made big gains in the polls. 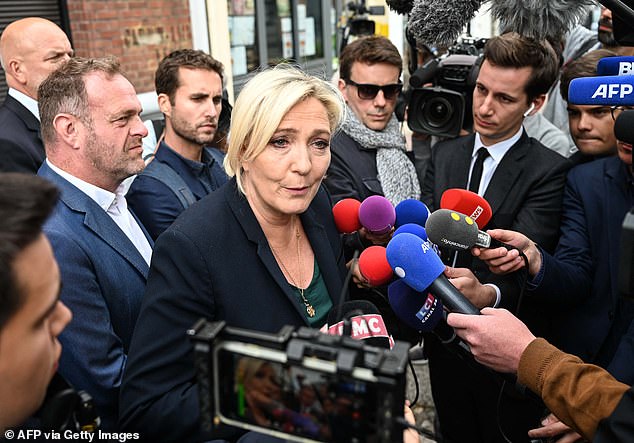 Immigration: Reform the asylum system to make it more efficient, long-stay permit is only given to people who pass a French language exam and are professionally successful

Pensions: Raise the pension age from 62 to 65 to keep the pension system afloat. Minimum pensions raised to €1,100 a month

The result of the parliamentary elections was a huge blow for the president and his reform agenda, leaving his camp facing the prospect of a political deadlock.

While Macron’s Ensemble (Together) coalition remains the largest party after Sunday’s National Assembly elections, it fell dozens of seats short of keeping the absolute majority it has enjoyed for the last five years.

The left-leaning Liberation daily called the results a ‘slap in the face’ for Macron, while the conservative Figaro said he was now ‘faced with an ungovernable France’.

Macron’s Together alliance won 244 seats, well short of the 289 needed for an overall majority, in a low-turnout vote that resulted in an abstention rate of 53.77 percent.

The election saw the new left-wing alliance NUPES become the main opposition force along with its allies on 137 seats, according to interior ministry figures.

But it appears unlikely the coalition of Socialists, Communists, Greens and the hard-left France Unbowed will be able to retain common cause in the legislature.

He said it would not be a full-on merger but simply an effective ‘alternative’ force in parliament, though the offer was immediately rejected by the three other NUPES parties. 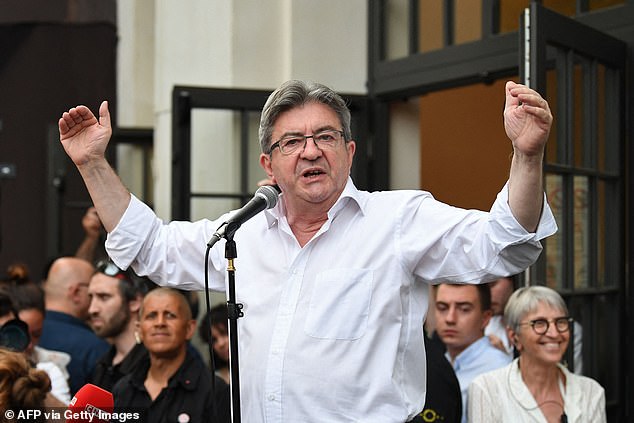 Meanwhile the far-right under Marine Le Pen posted the best legislative performance in its history, becoming the strongest single opposition party with 89 seats, up from eight in the outgoing chamber.

A confident Le Pen said her party would demand to chair the National Assembly’s powerful finance commission, as is tradition for the biggest opposition party.

‘The country is not ungovernable, but it’s not going to be governed the way Emmanuel Macron wanted,’ Le Pen told reporters Monday.

Melenchon said he would bring a motion of no confidence against Prime Minister Borne in early July, when she is to lay out her policy priorities for the next five years.

Borne, who was elected to parliament in her first-ever political race, could now be vulnerable as Macron faces a new cabinet shake-up after several of his top allies lost their seats.

His health and environment ministers were beaten and by tradition will have to resign, as did the parliament speaker and the head of Macron’s parliament group.

‘My fear is that the country is paralysed.’

The options available to Macron range from seeking to form a new coalition alliance, passing legislation based on ad hoc agreements, or even calling new elections.

One option would be an alliance with the Republicans, the traditional party of the French right, which has 61 MPs.

But LR president Christian Jacob insisted his party intended to ‘stay in opposition’.

Macron had hoped to mark his second term with an ambitious programme of tax cuts, welfare reform and raising the retirement age. All that is now in question.

In a rare bit of good news for the president, Europe Minister Clement Beaune and Public Service Minister Stanislas Guerini – both young pillars of his party – won tight battles for their seats.

Warped dad ‘married’ his own daughter, 21, after siblings competed to…

After huge success with King & Prince in Japan, UMG…