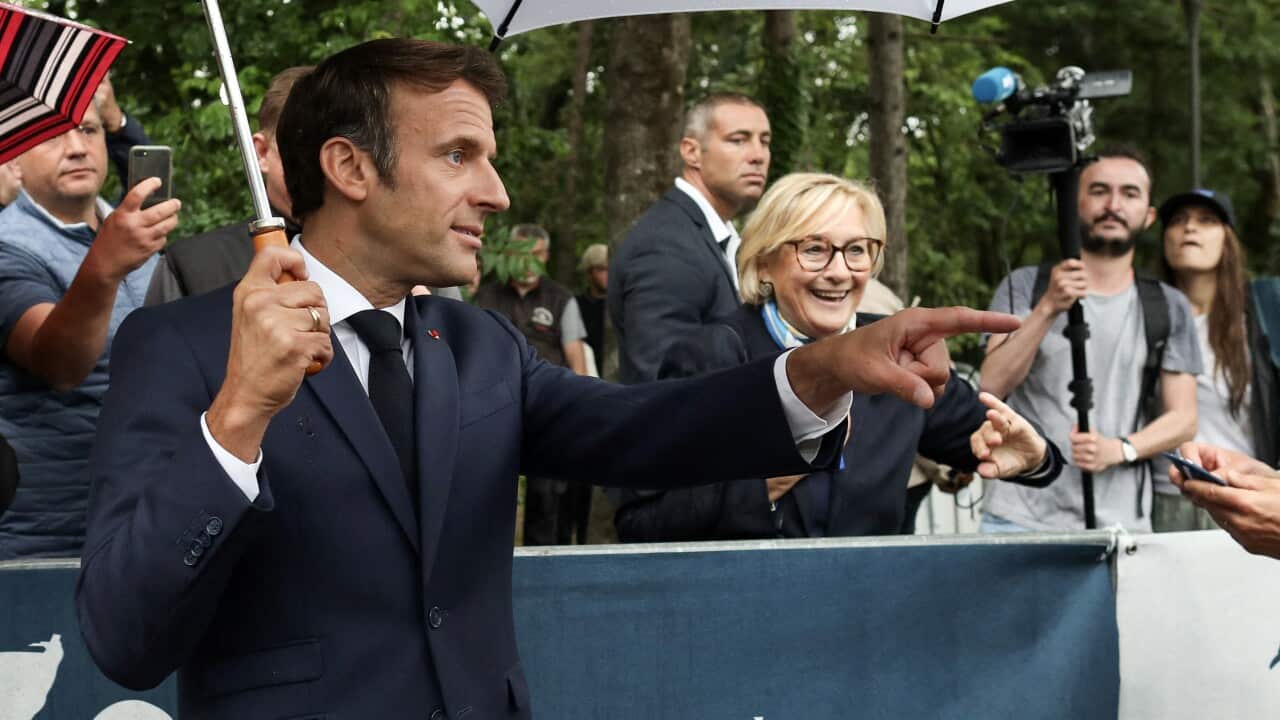 President Emmanuel Macron is facing calls for his prime minister to resign amid doubt over his ability to rule decisively after his camp lost its parliamentary majority.
Mr Macron’s centrist grouping is under pressure to secure support from rivals to salvage Macron’s reform agenda after weekend elections delivered a hung parliament. If it fails,

France could face a long spell of political paralysis.

Mr Macron will invite all political parties able to form a group in the new parliament for talks on Tuesday and Wednesday, a source close to Mr Macron said on Monday.
The loss of his Ensemble alliance’s absolute majority is a painful setback for Mr Macron, who won a second term just two months ago.
French governments have long relied on a lower house of parliament that shares their political line and largely rubber-stamps proposals.
“We must think about a new way of functioning on an institutional level,” European Affairs minister Clement Beaune,a close ally of the French President, told LCI television.

Sunday’s second-round vote left Ensemble as the biggest party, with a fledgling left-wing alliance in second place, the far-right stronger than ever and the conservatives as potential kingmakers.

“It’s going to be complicated,” government spokeswoman Olivia Gregoire told France Inter radio. “We’re going to have to be creative.”

Mr Macron now needs either to form a wider coalition or accept leading a minority government that negotiates with opponents on a bill-by-bill basis. His only consolation: the opposition groups are themselves bitter rivals and in some cases riven by internal rifts.
“Such a fragmented parliament will likely result in political deadlock, with a much slower reform agenda,” said Philippe Gudin of Barclays.
“This will likely weaken France’s position in Europe and endanger the country’s fiscal position, which is already weak.”Senior hard left and far right figures demanded Prime Minister Elisabeth Borne resign after just over a month in office.

The broad left-wing Nupes alliance of Jean-Luc Melenchon and Marine Le Pen’s far-right promised to hound Mr Macron and his administration relentlessly in parliament.
One key questions is whether Mr Macron will try to strike a deal with the conservative Les Republicains (LR) or go down the minority government route.
Les Republicains chief Christian Jacob said the party would stay in opposition. But while he described the stance as “near unanimous”, some prominent members have indicated the party should co-operate with the government and act as a kingmaker.

Ensemble and the conservatives have compatible economic platforms, including support for a higher retirement age and nuclear energy. Together, they would have an absolute majority.

Some cracks emerged on the left.
While Mr Melenchon said Ms Borne should face a confidence vote,socialist leader Olivier Faure, another senior figure within the left-wing alliance, said calling for Ms Borne’s removal from office was not the bloc’s common position for now.
If Mr Macron fails to find an agreement with the opposition,the euro zone’s second biggest economy faces political deadlock and possible snap elections down the line.
A first major test will be a cost-of-living bill which Ms Gregoire said the government will present in eight days when the new parliament sits for the first time.

Proposals on renewable energy due later in the summer will test the left, which is divided over nuclear power.

Mr Macron himself has yet to comment on the election result – and the opposition urged him to break his silence.
While the weekend vote was a bitter setback for the 44-year-old president, whose victory in April made him the first French president in two decades to secure a second term, financial markets took the result largely in their stride.
The euro and stocks showed little impact, while French bonds saw some widening pressure on Monday.

“The hope that some foreign exchange traders placed in Macron in 2017 evaporated some time back, so that election victories or defeats do not play a major role for the euro exchange rates any longer,” Commerzbank analyst Ulrich Leuchtmann said in a note.