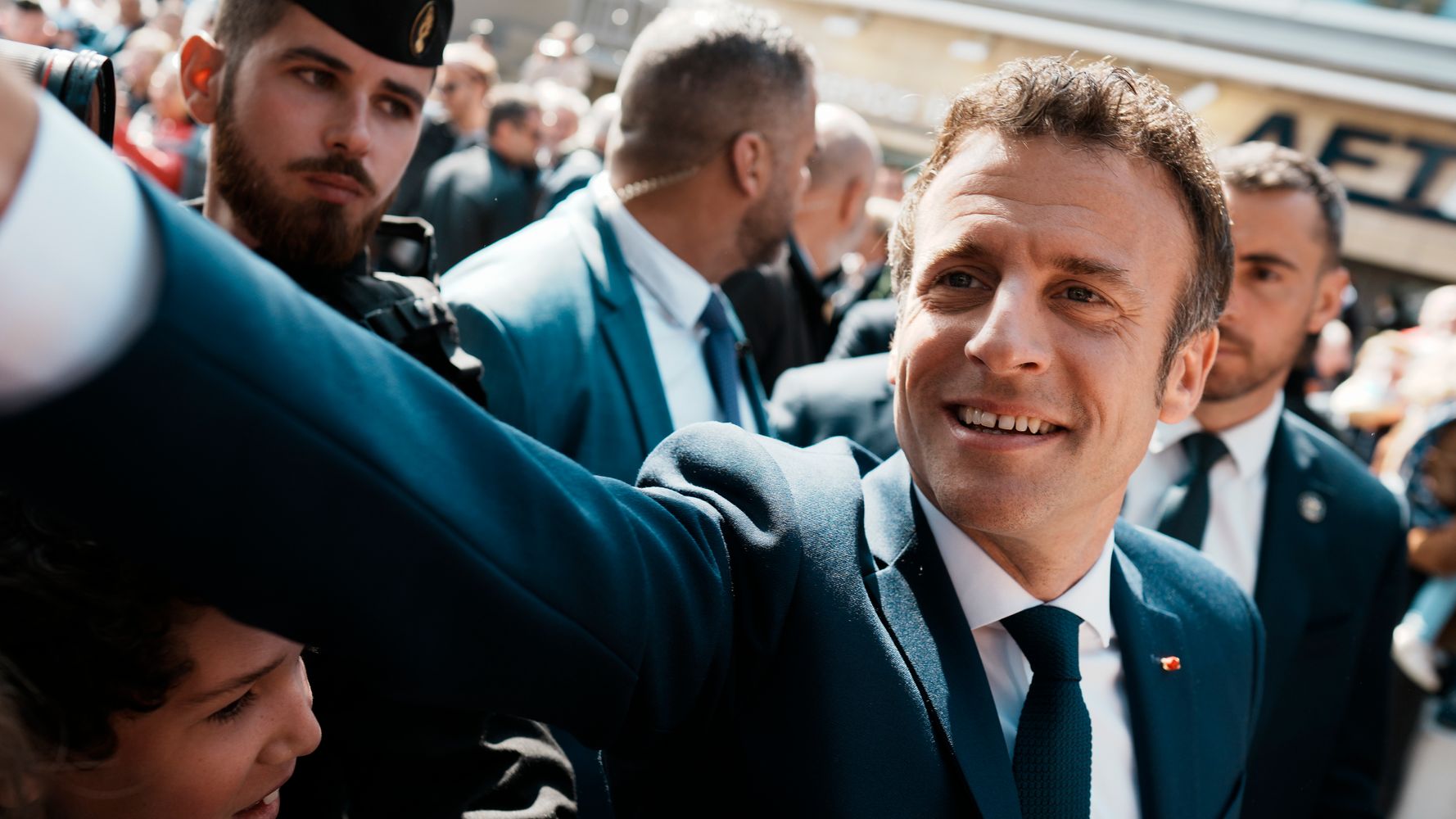 The centrist Macron is asking voters to trust him for a second five-year term despite a presidency that was troubled by protests, the pandemic and Russia’s war on Ukraine. A Macron victory in this vote would make him the first French president in 20 years to win a second term.

The result Sunday in France, a nuclear-armed nation with one of the world’s biggest economies, could also impact the war in Ukraine, as France has played a key role in diplomatic efforts and firmly backed sanctions against Russia for its invasion of its neighbor.

All recent opinion polls converge toward a win for the 44-year-old pro-European Macron — yet the margin over his 53-year-old far-right rival varies broadly. Polls also forecast a possibly record-high number of people who will either cast a blank vote or not vote at all.

Le Pen’s support in France’s electorate has grown during this campaign to her highest level ever, and much will depend Sunday on how many people turn out to vote. Participation was 26.1% at midday, slightly higher than in the first-round vote on April 10.

Many of those expected to choose Macron are doing so mainly to keep out Le Pen, whose platform is seen as extreme and anti-democratic, such as her plan to ban the Muslim headscarf in public. Macron has questioned her party’s ties to Russia.

“I am serene,” Le Pen said as she voted in the northern town of Henin-Beaumont and took selfies with fans. “I have confidence in the French.”

Both candidates are trying to court the 7.7 million supporters of leftist Jean-Luc Melenchon, who was among the 10 other presidential candidates eliminated in the first round of voting on April 10.

For many who voted for left-wing candidates in the first round, the runoff presents an unpalatable choice between Le Pen, a far-right, anti-immigrant nationalist, and Macron, a leader who some feel has veered to the right during his first term. The outcome could depend on whether left-wing voters back Macron or abstain from voting, leaving him to fend for himself against Le Pen.

Voting west of Paris in the suburb of Le Pecq, Stephanie David cast her ballot for Macron “without much joy.” She had voted for the Communist Party candidate in round one.

“It was the least worst choice,” said the transport worker, who added that Le Pen was anathema to her. “Even if she tries to soften her rhetoric, I can’t stomach it.”

Retiree Jean-Pierre Roux voted to keep out Le Pen’s extreme-right father, Jean-Marie, in France’s 2002 presidential runoff and voted against his daughter in 2017. But Roux could not bring himself to vote for Macron again this time, saying he was too arrogant. Roux put an empty envelope in the voting box.

“I am not against his ideas but I cannot stand the person,” he said.

Le Pen has sought to appeal to working class voters struggling with surging prices amid the fallout of Russia’s war in Ukraine ― an approach that even Macron acknowledged has found resonance in the public. She said bringing down the cost of living would be her priority if elected as France’s first woman president, and she portrayed herself as the candidate for voters unable to make ends meet.

Le Pen says Macron’s presidency has left the country deeply divided, pointing to yellow vest protest movement that rocked his government before the COVID-19 pandemic, with months of violent demonstrations against economic policies that some thought hurt the poorest.

Macron has sought to appeal to voters of immigrant heritage and religious minorities, especially because of Le Pen’s proposed policies targeting Muslims and putting French citizens first in line for jobs and benefits.

Macron has also touted his environmental and climate accomplishments in a bid to draw in young voters popular with far-left left candidates. Many young French voters are particularly engaged with climate issues.

Although Macron was associated with the slogan “Make The Planet Great Again,” in his first five-year term, he capitulated to angry yellow vest protesters by scrapping a tax hike on fuel prices. Macron has said his next prime minister would be put in charge of environmental planning as France seeks to become carbon neutral by 2050.

Le Pen, once considered a climate-change skeptic, wants to scrap subsidies for renewable energies. She has vowed to dismantle wind farms and invest in nuclear and hydro energy.

John Leicester in Le Pecq, Michel Spingler in Henin-Beaumont, and Alex Turnbull in Le Touquet, contributed to this report.

Follow AP’s coverage of the French election at https://apnews.com/hub/french-election-2022

A talk about fraud with older adults can help younger family…