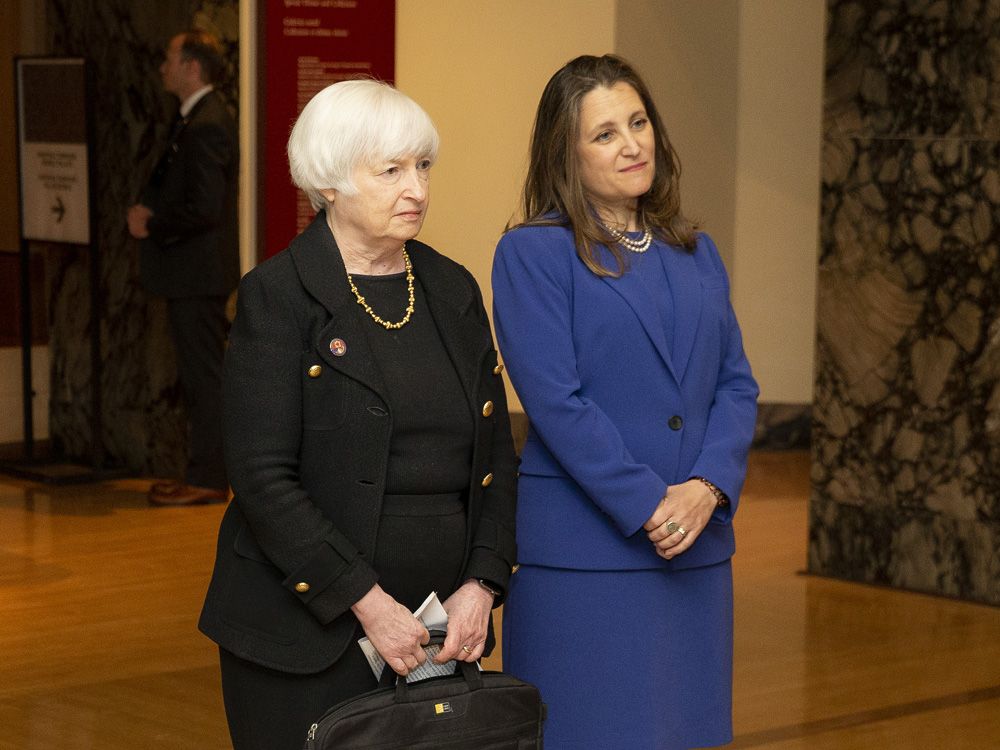 Finance Minister Chyrstia Freeland said the federal government is prepared to take additional steps to offset the rising cost of living if inflation continues to accelerate.

“We are not closing any door,” Freeland told reporters in Toronto on June 20. “We are prepared to do more if necessary.”

For now, however, the finance minister said she thinks she’s done enough — including by resolving to do less.

Responding to a question about whether government spending remains too high, and therefore an accelerant of consumer prices, Freeland noted that her latest budget represents one of the sharpest decreases in COVID spending among the world’s richer countries.

“I think we’ve done that already,” Freeland said when asked about a new report by Bank of Nova Scotia chief economist Jean François Perrault that argues that the federal government should pair the Bank of Canada’s interest-rate increases with bigger spending cuts.

The job of bringing done inflation is “chiefly” the responsibility of the Bank of Canada, said Freeland, adding that she has no intention of interfering with the monetary authority’s work.

Bank of Canada Governor Tiff Macklem has overseen three consecutive interest-rate increases this year, including unusually large half-point increases in April and June. The policy rate is currently at 1.5 per cent, and the Macklem has said that he may need to push it above three per cent to get inflation under control.

The consumer price index increased almost seven per cent in April for a year earlier, one of the fastest increases since the early 1980s. The Bank of Canada’s target is annual increases about about two per cent.

Freeland made the comments at a joint press conference with Janet Yellen, the United States treasury secretary, who travelled to Toronto from Washington, DC for a day of meetings and public events with her Canadian counterpart.

Yellen, a former chair of the U.S. Federal Reserve, said she agreed with Freeland that inflation was primarily a fight for central banks. Price pressures are even more intense south of the border, prompting the Fed to increase its policy rate by three quarters of a point last week.