From bargains to investments, the secret to buying vintage clothes 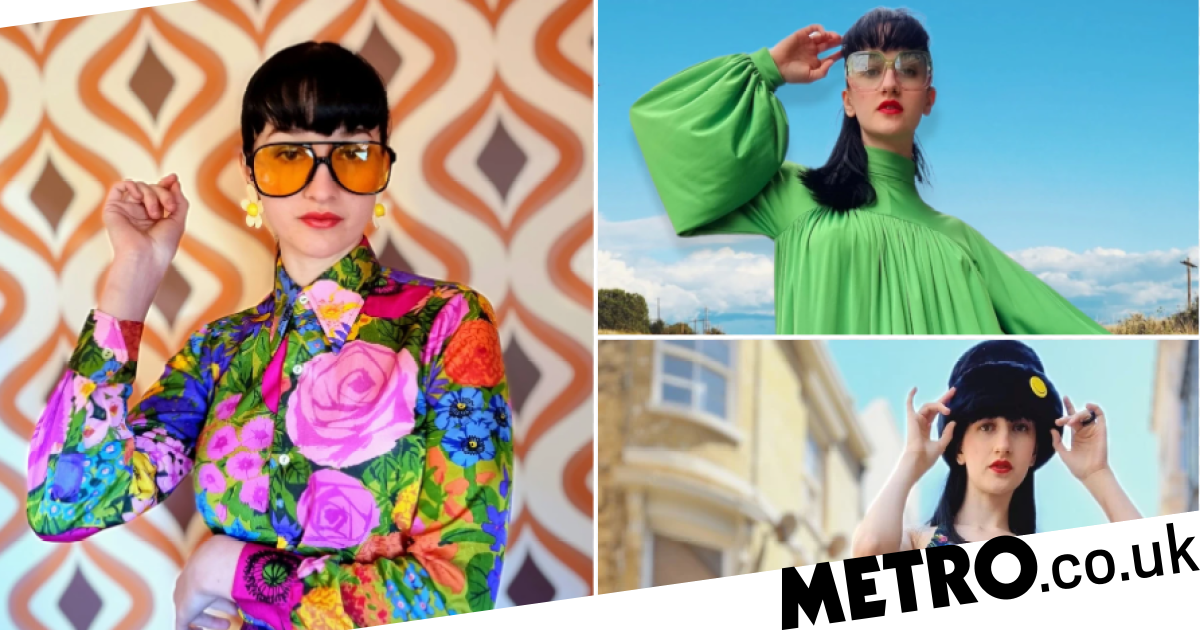 When Primark launches a vintage clothing concession, you know pre-loved has gone mainstream.

There was a time when, if you got something at the charity shop, you either dodged the question or admitted it was secondhand in hushed tones.

Since we’ve become more aware of fashion’s impact on the environment, however, buying pieces that have had a long life before you has never been more in style.

The question is, though, where do you start if you’re new to thrifting?

Having gone from jumbles, newspaper small ads and car boot sales to a chic store selling – among other things – precious vintage Ossie Clark, Deborah has a host of tips on how to shop for vintage and what to avoid.

‘Sizing is the most important thing about successfully shopping for vintage,’ says Deborah.

‘Clothes from the 1950s and 1960s were designed for people who grew up on rations and were a lot smaller then than we are now – everywhere from the size of their ribcages to their feet.’

Deborah also cautions that buying things without stretch is risky without knowing your measurements.

‘You need waist measurements, hip, inside leg, bust, rib cage – as many as you can find – and then find if something will fit by what it says on the tape measure.’

Consider how you’ll care for it

‘Some fabrics don’t age as well as others,’ says Deborah.

‘Old silks and lace are prone to shatter, especially if they are older than from the 1940s. They become fragile and rot, so you have to be very careful. Cotton and natural fibres are usually a safe bet. Polyester you can just stick in the washing machine.’

If something has an odour, the vintage expert says you can use neat vodka to get rid of it.

‘Leaving cat litter or bicarbonate of soda in vintage bags can help absorb any lingering musty smells,’ she adds.

‘Anything you think could have moth eggs in it, put in the freezer because that kills them.’

Shoes can be tricky

Our feet have got longer and wider over the decades, so sizing up doesn’t guarantee that shoes will fit.

‘Leather can deteriorate and peel and crack, and it’s the same with heels that can be damaged or become fragile with age,’ says Deborah. ‘Often these are prohibitively expensive to repair.’

Glasses are a great vintage buy

‘Accessories are usually a good buy and there are some cool vintage sunglasses around now,’ says Deborah, whose store features racks of vintage eyewear.

She adds: ‘A lot of the time, the lenses won’t offer as much UV protection as modern sunglasses, simply because technology has moved on, but if you choose a known brand name or designer, you can be pretty sure they’ll be of good quality. The 1970s and 1980s Dior and YSL sunglasses are really good.’

If you’re worried about the lenses or you fall in love with frames that have damaged lenses, companies can pop the old lenses out and have modern ones put in, advises Deborah.

Deborah says: ‘Depop [the clothes resale site] has been doing a roaring trade in Miss Sixty and things like that, which were popular in the 1980s, 1990s and 2000s,’

‘The 1970s vintage Gucci look is also popular following the film House Of Gucci – we often find that things come back into fashion on a 40-year cycle.


MORE : All the times Kim Kardashian sacrificed basic movement for fashion as she’s forced to hop up steps at Milan Fashion Week