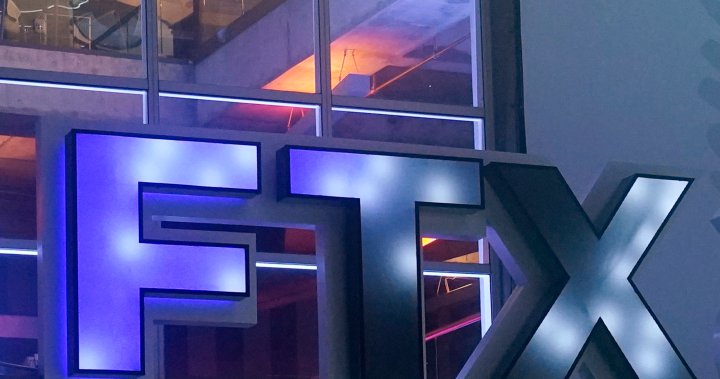 Sam Bankman-Fried, the founder and former CEO of now-bankrupt crypto exchange FTX, attempted to distance himself from suggestions of fraud in his first public appearance since his company’s collapse stunned investors and left creditors facing losses totaling billions of dollars.

Speaking via video link at the New York Times’ Dealbook Summit with Andrew Ross Sorkin on Wednesday, Bankman-Fried said he did not knowingly commingle customer funds on FTX with funds at his proprietary trading firm, Alameda Research.

“I didn’t ever try to commit fraud,” Bankman-Fried said in the hour-long interview, adding that he doesn’t personally think he has any criminal liability.

He also denied knowing the full scale of Alameda’s position on FTX, claiming that it caught him by surprise.

Bankman-Fried told Reuters in November the company did not “secretly transfer” but rather misread its “confusing internal labeling.”

FTX filed for bankruptcy and Bankman-Fried stepped down as chief executive on Nov. 11, after traders pulled $6 billion from the platform in three days and rival exchange Binance abandoned a rescue deal.

“That week, so much happened,” he said.


Bankman-Fried said he was speaking from the Bahamas and that the interview was against the advice of his lawyers. He was seen in the video link talking from a room, dressed in a black T-shirt and occasionally drinking from a mug.

FTX faces a flurry of investigations. The U.S. Attorney’s Office in Manhattan in mid-November began investigating how FTX handled customer funds, a source with knowledge of the probe told Reuters. The Securities and Exchange Commission and Commodity Futures Trading Commission have also opened probes.

When asked if he could come to the United States, Bankman-Fried replied that to his knowledge he could, and that he wouldn’t be surprised if he traveled to Washington for upcoming congressional hearings on the company’s collapse.

The implosion of FTX marked a stunning fall from grace for the 30-year-old entrepreneur who rode a cryptocurrency boom to a net worth that Forbes pegged a year ago at $26.5 billion. After launching FTX in 2019, he became an influential political donor and pledged to donate most of his earnings to charities.

He said Wednesday that he now has “close to nothing” left and is down to one working credit card with “maybe $100,000 in that bank account.”

What happened to FTX? What Canadians should know about the latest crypto collapse

Since FTX filed for bankruptcy, Bankman-Fried has distanced himself from the image he projected in media interviews and on Capitol Hill, telling a Vox reporter his advocacy for a crypto regulatory framework was “just PR” and his discussions on ethics within the industry were at least partly a front.

Bankman-Fried said he was “confused” as to why FTX’s U.S. entity, which was included in the bankruptcy filing, is not processing customer withdrawals. Redemptions are currently paused for both U.S. and international customers.

“To my knowledge all American customers and all American regulated businesses here are, I think at least in terms of client assets, are okay,” he said, adding that derivatives contracts at one of its U.S. subsidiaries were “fully collateralized.”

Bankman-Fried said that Alameda had built up a substantial position on FTX and that as digital asset prices plummeted this year, Alameda became increasingly more levered to the point of no return earlier this month.

“Realistically speaking, (there was) no ability for FTX to be able to liquidate that position and generate everything that was owed,” he said.


He added that he “wasn’t trying to commingle funds,” but said that when FTX didn’t have a bank account, some customers wired money to Alameda and were credited on FTX, which likely led to discrepancies.

Bankman-Fried stepped down as CEO of Alameda in October 2021, four years after founding the company, and ceded the role to Caroline Ellison and Sam Trabucco, who acted as co-CEOs until Trabucco departed the firm in August.

For his part, Bankman-Fried said he regretted focusing on the bigger picture at FTX at the expense of risk management, which he said he paid less attention to over “the last year or two.”

His companies “completely failed” on risk management, he said.

“There was no person who was chiefly in charge of positional risk of customers on FTX, and that feels pretty embarrassing in retrospect.”

(Reporting by Carolina Mandl and Lananh Nguyen in New York and Manya Saini in Bengaluru; writing by Hannah Lang in Washington; editing by Megan Davies, Deepa Babington and Sam Holmes)