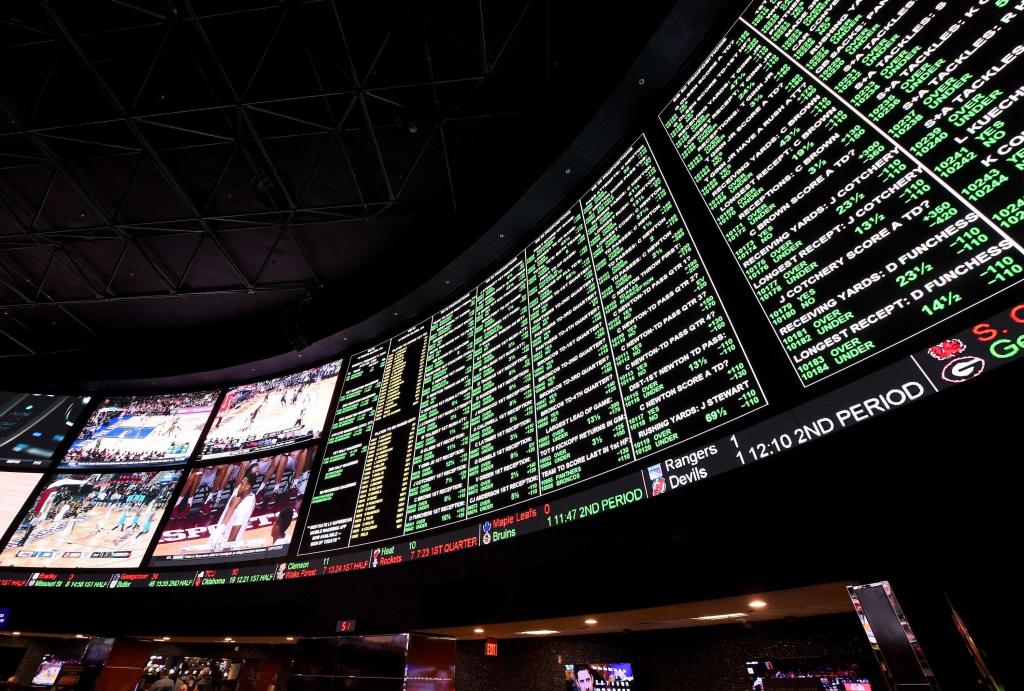 The gaming commission wants to know what you think about the businesses planning to take bets on sports in the Bay State now that they know who they are.

“We had identified just this, sort of, overarching issue: the opportunity for the public to give comments, both in person and in writing,” Commissioner Nakisha Skinner said.

The commission, tasked by law with the design and implementation of the state’s new sports betting regulations, recently accepted 15 applications to take wagers on professional and out of state college competitions in Massachusetts.

Those applications will be reviewed in the coming weeks, commissioners said at their regular meeting Tuesday. Ahead of their approval, Skinner indicated, it would be wise for regulators to hear from the public both at an in person hearing and on a rolling basis as applications are reviewed.

Commission Chair Cathy Judd-Stein explained the commission hadn’t previously sought the public’s input because they couldn’t know what they would be working with.

“Once we got the applications in, it became clear we might want that,” she said.

The rest of the commission was quick to agree, with Commissioner Eileen O’Brien pointing out regulators don’t generally approve other kinds of licenses without first hearing from the public.

“I’ve been asking for that all along, because we did it in the earlier processes and we do it in the horse racing setting all the time,” she said.

Commissioners proposed December 5th as the date to hold a public hearing on Category 1, in-person licenses, with hearings for other categories to follow.

Betting under Category 1 could begin as early as January, if the commission is able to get through all of the regulations and applications which will need to be in place for business to commence. Online betting will not launch until March at the earliest, according to the commission’s current timeline.

The commission, also on Tuesday, accepted a late filed application from MGM Springfield to operate under a Category 1 license as well as an online, or Category 3, license. Applications were due last Monday, along with the $200,000 application fee.

MGM filed for the online license, but for whatever reason paid for but did not submit an application for the license their casino was all but presumed to get under state law.

Commissioners learned from MGM Springfield Vice President and Counsel Gus Kim that a mix-up between their two license application processes, which he blamed on himself, led to their casino’s application being two days late, though the fee was paid on time.

Denial of responsibility! insideheadline is an automatic aggregator around the global media. All the content are available free on Internet. We have just arranged it in one platform for educational purpose only. In each content, the hyperlink to the primary source is specified. All trademarks belong to their rightful owners, all materials to their authors. If you are the owner of the content and do not want us to publish your materials on our website, please contact us by email – [email protected]ne.com. The content will be deleted within 24 hours.

Why EPC service provider Saunders’ 2022 developments are so important (ASX:SND)