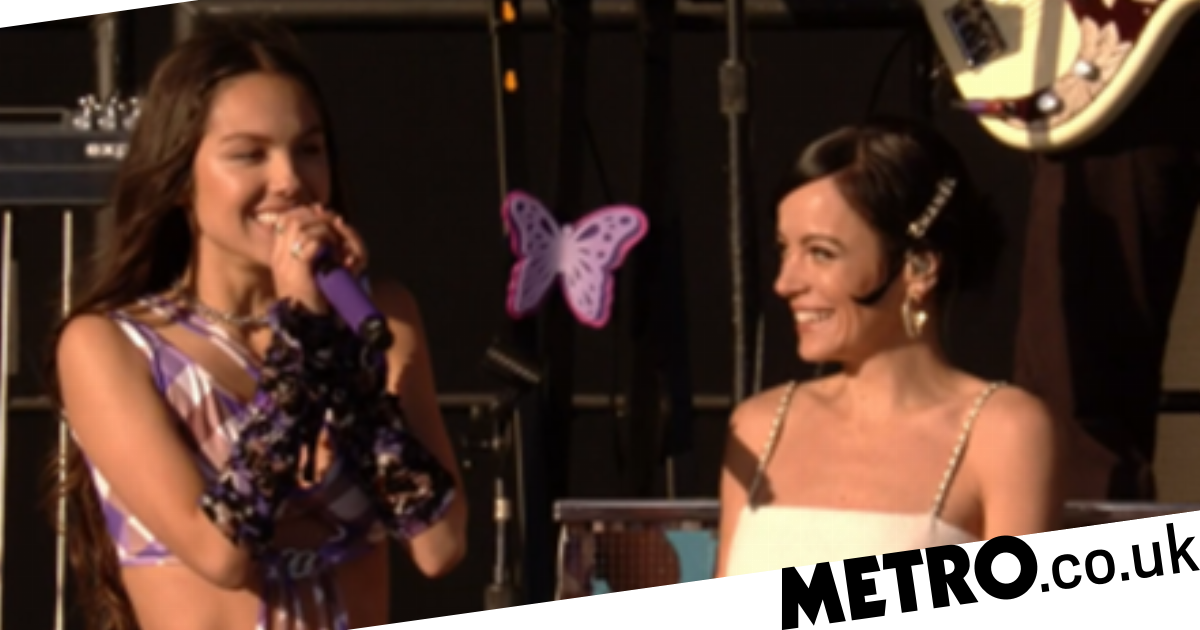 Glastonbury performer Olivia Rodrigo was joined on stage with a surprise appearance by Lily Allen, before the pair expressed their hatred towards the Supreme Court overturning Roe vs Wade.

This week, it was announced that the Supreme Court in America had decided to overturn the Roe vs Wade decision from 50 years ago, putting an end to guaranteed abortion rights.

Joined on stage by Lily, Olivia began: ‘I’m very excited for this next one.’

‘Hello Glastonbury,’ Lily cried, before Olivia continued: ‘Today is a very, very special day. This is actually my first Glastonbury, and I’m sharing the stage with Lily which is the biggest dream come true ever.

‘But I’m also equally as heartbroken.’

She then went on to address Roe v Wade, saying: ‘I’m devastated and terrified and so many women and so many girls are going to die because of this.

‘I wanted to dedicate this next song to the five members of the Supreme Court who have showed us that at the end of the day, they truly don’t give a s**t about freedom.

‘This song goes out to the Justices.’

The pair then went on to sing Lily’s song F*** You, and had the crowd bopping on their feet as the duo expressed their hatred for the Supreme Court Justices.

As they finished to a roaring crowd, Olivia concluded: ‘Wow, I’m going to cry, remembering that moment for the rest of my life.’

The crowd then went wild when Lily joined Olivia on stage. And fans at home were just as obsessed.

One fan wrote: ‘Olivia Rodrigo really sang F*** You with Lily Allen on stage at a festival with 200k capacity, this woman is an ICONNNNNNNN!’

Others praised Olivia’s speech, expressing her anger at the ruling, and song choice with Lily.

Another penned: ‘This is a PSA to say that Lily Allen and Olivia Rodrigo’s duet at Glastonbury is the musical moment of the year.’

‘Olivia Rodrigo and Lily Allen is a duo I didn’t know I needed,’ someone else commented.


MORE : The ultimate Glastonbury playlist: from Olivia Rodrigo to Yungblud via Macca and Diana Ross


MORE : Billie Eilish says she was ‘raised by The Beatles’ as she and Paul McCartney make history at Glastonbury

Pictured: Norway terror suspect who is charged with killing two people at gay bar in Oslo