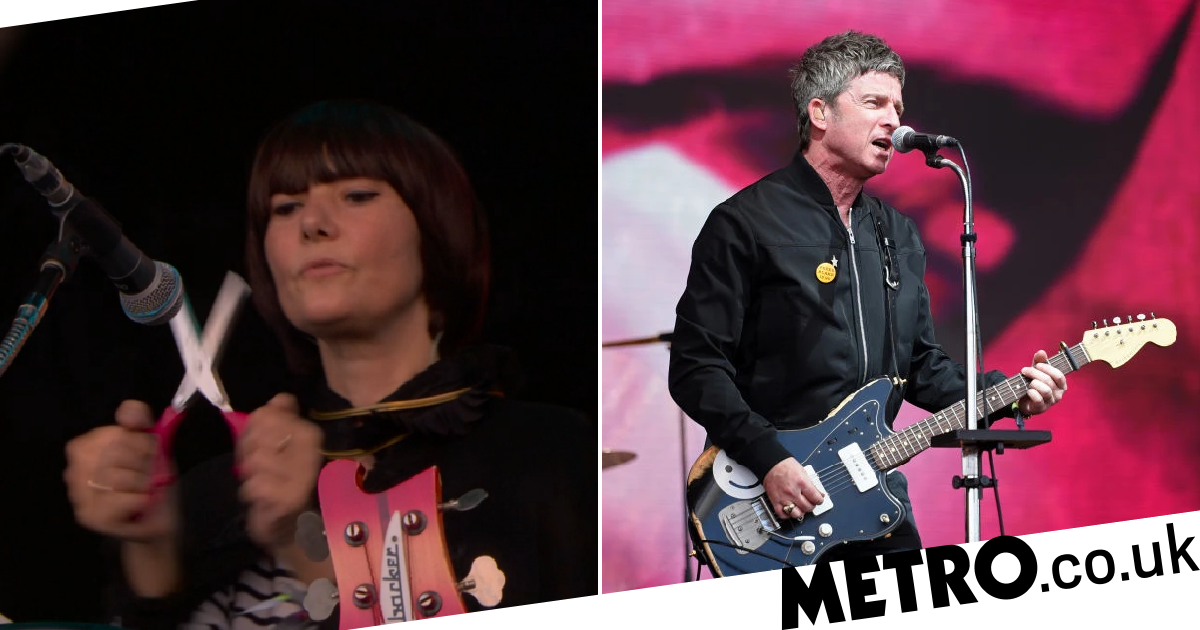 Noel Gallagher’s set at Glastonbury 2022 on Saturday provided all of the usual class music and sweary chat that his fans have come to expect – as well as something a little more unusual.

Taking to the festival’s main Pyramid stage with his High Flying Birds, Noel, who earlier heralded Worthy Farm’s event as ‘the only festival of the arts in the world’, started out his set with some of his more recent post-Oasis hits and new material before promising there would be ‘a lot of very happy people in bucket hats’.

‘So what’s going to happen here is I’m going to play you a few more tunes that you don’t give a s**t about, okay?’ he explained.

‘But they’re for me right, so there will be a few more of those, but if you stick around after that, f**king hell, woo! Yes mate, there’s going to be a lot of very happy people in bucket hats. I’m not even f**king joking.’

However, 15 minutes into his set, song She Taught Me How To Fly, from Noel Gallagher’s High Flying Birds’ third album, Who Built the Moon?, had a lot of fans distracted due to its unusual choice of accompaniment.

Yes, that stationery staple was being held up to the microphone – with limited audible success, it must be said – to add to the song’s accompaniment among drums, guitars and more of the usual musical suspects.

It can’t be said that the band wasn’t going for something a bit more experimental in their percussion section.

‘There’s a woman in the band for Noel Gallagher playing the bloody scissors!!!’ exclaimed one fan, while another posted: ‘The scissors are out everyone, that’s when you know Noel Gallagher is about.’

‘The scissors made it to Glastonbury,’ added another, with a row of laugh-crying emoji.

However, others weren’t so convinced by the addition.

‘All well and good Noel Gallagher having someone playing the scissors as a percussion instrument but I can’t hear them so what’s the point?’ asked one social media user.

Another tweeted: ‘There’s someone on stage with Noel Gallagher clicking a pair of scissors into the microphone. Wtf.’

However, this is not the first time the scissors – or their player, Charlotte Marionneau – has been seen.

She first attracted public attention in October 2017 during an appearance with the band on Later with Jools Holland.

Noel’s feuding brother Liam was quick to mock the instrumentalist a few days later, telling Greg James on BBC Radio 1 that he was going to have someone ‘sharpening a pencil at my gig’, peeling a banana or putting stickers in a sticker book.

‘It’s alright if you’re twenty and you’re off your head on mushrooms, but the guy’s fifty now,” Liam said of his brother and former bandmate, wth whom he’s tied on their tally of UK number ones.

‘You know what I mean? If he’s really trying to convince people that playing scissors is the right way to go about business, he needs to have a big, long, lie down.’

However, Charlotte’s made it all the way to the Pyramid stage with the High Flying Birds, ahead of Sir Paul McCartney’s headline slot later on Saturday, as possibly the first scissors player to do so?