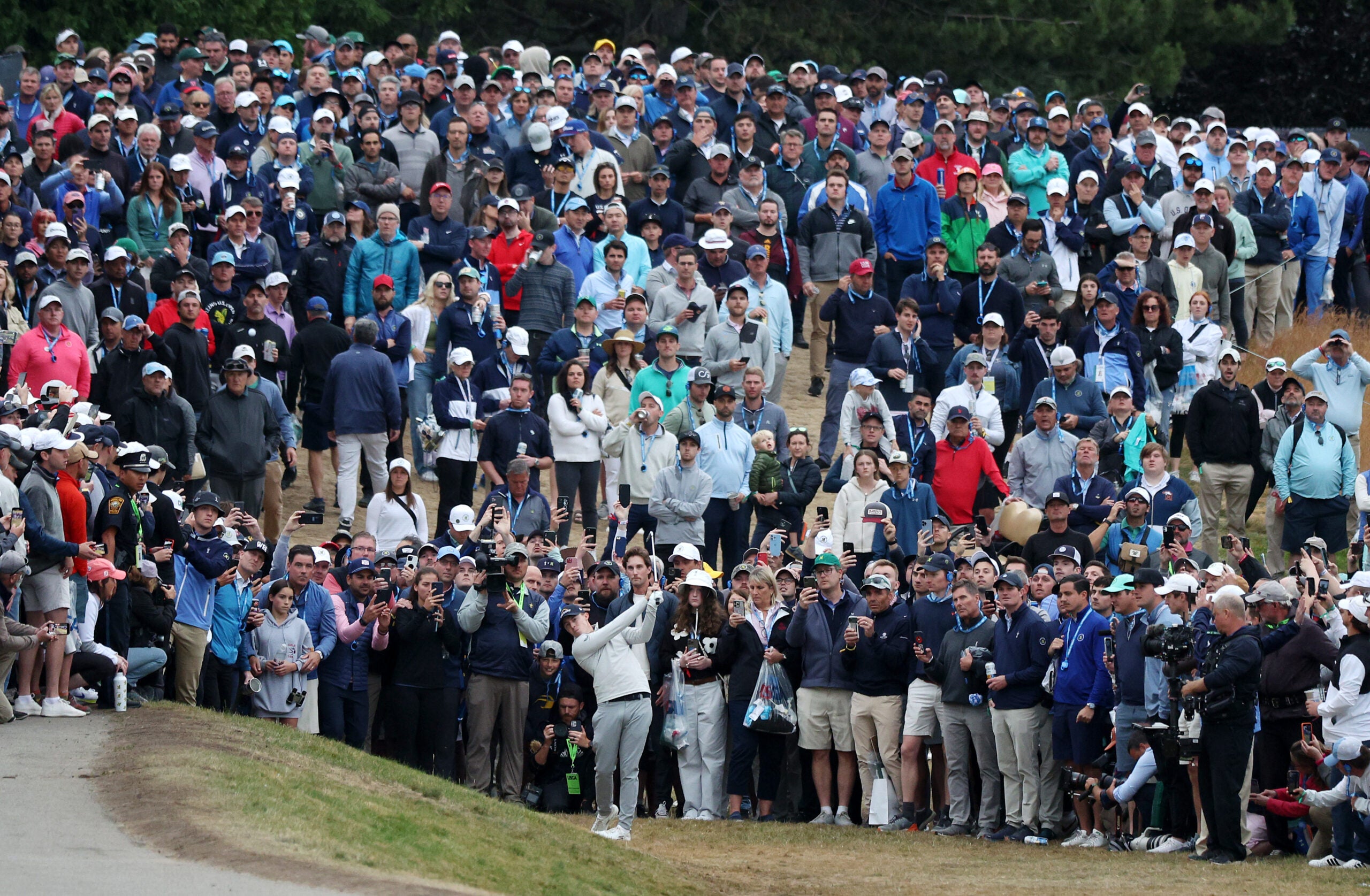 Though he wasn’t able to pull off a hometown win at the 2022 US Open, New England native Keegan Bradley left no doubt how much he enjoyed playing at The Country Club in Brookline.

“I think it’s one of the best golf courses in the world, and alongside probably the best sports fans in the world,” Bradley said. “Combine those two, and you get this out here.

“The Country Club is spectacular,” he added. “I absolutely loved it. It’s my favorite U.S. Open venue I’ve ever played. Any time you get to play a tournament in Boston, it’s electric. The fans are the best.”

Bradley left no doubt about how he would feel about a tournament coming back to the Boston area:

It was a view shared by the eventual champion, Matt Fitzpatrick, who had also won in Brookline at the 2013 US Amateur Championship.

“I love playing this golf course,” Fitzpatrick said afterward. “It suits me so well. It suits my game well. I’ve been playing well for a while, and I think it all just fell into place that this was the place it was going to happen.”

As for the local Boston crowd, Fitzpatrick was asked how he kept calm despite the obvious excitement.

“It felt like [my caddie Billy Foster] and me were going to get stampeded, but we didn’t. We’re fine. I love that,” Fitzpatrick explained. “I love when the crowd is excited and loud. It’s what makes it more exciting. I love football, and I love the atmosphere in that. I know golf’s different, and it’s got to be all nice and calm and everything, but sometimes it’s good to be a bit different.”

As for the course — laden with challenges — golfers were “overall” happy with the experience.

“I thought it was great,” said Rory McIlroy, who finished the weekend tied for fifth at 2-under par. “I thought [there were] a few funky tee shots, a few tee shots I’m happy to not see again for a few years. But overall, really good setup, great US Open.

“To be able to play this championship especially so close to big cities, I think that’s really, really important,” he continued. “Great atmosphere, great crowds. It was a really good week.”

Looking back on their time at The Country Club, golfers appeared to enjoy the strategic challenges posed by the course.

Scottie Scheffler, who finished tied for second place at 5-under par, concurred with McIlroy about it being a “good setup.”

“Nothing unfair, nothing crazy. It was just a good test,” Scheffler said. “Especially a day like today where the wind actually calmed down a little bit. When you’re hitting quality shots, you’re going to get rewarded for them.

“Then the last three days with the winds we played in, coming out of our wave it was really difficult, and we kind of [had to] grind it out,” he added. “It was a ton of fun. It’s enjoyable to be able to battle against this golf course.”

Collin Morikawa, who tied with McIlroy for fifth place, had one criticism, though he agreed with the overall sentiment.

“Other than the tiniest chipping green, I thought it was the best place I’ve played in a while,” he said. “There’s only been a handful of courses where I really step foot on property, and you see it for a short period of time, and then you think you’re going to love it, and this was one of them. There’s no B.S. around that. It’s a good golf course.”

“You really have to plot your way around the course. You’ve got to think through it,” Morikawa pointed out. “I thought it was a course that you could play pretty well at and a course that could kind of hurt you in the back pretty quickly. I think I got both ends of that, but overall, yeah, I loved it.”

Get the latest Boston sports news

Receive updates on your favorite Boston teams, straight from our newsroom to your inbox.

DR MICHAEL MOSLEY: Hi-tech wristbands can be unreliable at monitoring your health