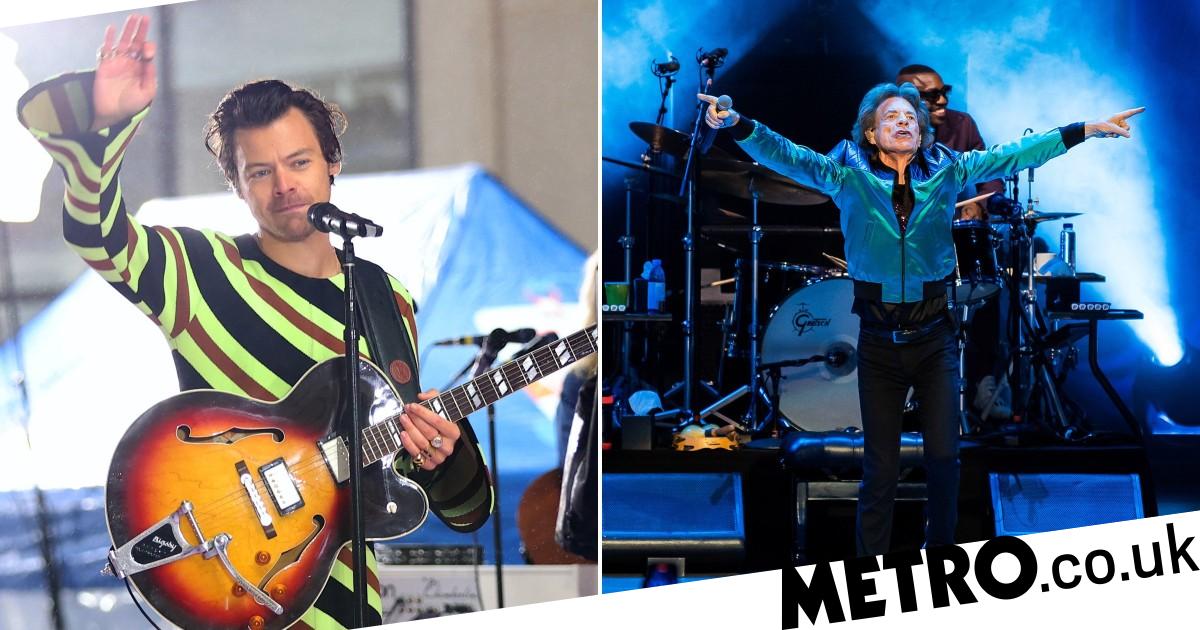 Harry Styles fans have been left less than impressed after Sir Mick Jagger spoke out on the comparisons between them, declaring that the As It Is hitmaker ‘doesn’t have a voice like mine’.

Tell it how it is, Sir Mick.

The Rolling Stones legend and the former One Direction star have often been compared but Sir Mick’s not so convinced – although he acknowledges they’ve got a ‘superficial resemblance’.

‘I like Harry — we have an easy relationship,’ the 78-year-old said.

‘I mean, I used to wear a lot more eye make-up than him. Come on, I was much more androgynous,’ he added to The Sunday Times.

‘And he doesn’t have a voice like mine or move on stage like me; he just has a superficial resemblance to my younger self, which is fine — he can’t help that.’

Safe to say, some of Harry’s fans are not happy, with one writing: ‘Poor Mick Jagger trying we-don’t-know-what by somehow dragging Harry down. May none of our boys ever become salty and petty like this. (100% positive they won’t.)’.

‘We gave Mick Jagger so many compliments, and everything about helping Harry be who he is, because Harry loves him and helped him be himself, then he goes and says something like this. It was a very back handed “compliment”, this could’ve been worded different, or not said at all,’ another said.

One more added: ‘We get it, you’re old. it’s okay to be old. it’s not a bad thing at all, actually. but there’s also no reason to be salty about harry – he’s just doing his own thing and having fun while doing it. he doesn’t want to be the mick jagger of his generation. he’s its harry styles.’

Others argued that Sir Mick wasn’t being disparaging towards Harry, with one Twitter user saying: ‘The way mick jagger said he liked harry styles and that harry is nothing like him performance wise and harry stans found a way to be offended by that.’

‘Harries in the qrt’s [quote retweets] really believing Mick is threatened by Harry’s current-day success as if this isn’t literally THE Mick Jagger, legendary frontman of The Rolling Stones and household name for over 60 years…the delusion is real,’ one more added.

Harry has often cited Sir Mick as an influence, and the pair have met at least once, being pictured together in 2015.

Sir Mick is about to embark on tour with the Rolling Stones to celebrate their 60 years together, including a huge show at BST Festival.

Meanwhile, Harry is currently dominating the charts after the release of his album Harry’s House.


MORE : Mick Jagger says Harry Styles comparisons are superficial: ‘He doesn’t have a voice like mine’