Has the Commonwealth ‘run its course?’ Platinum Jubilee raises questions on future – National 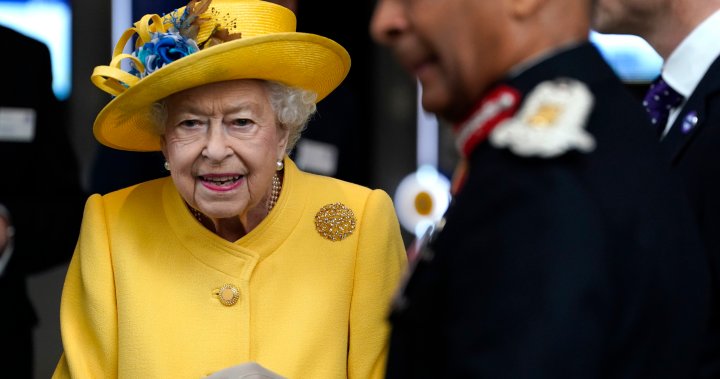 As Queen Elizabeth II celebrates her 70th year on the throne, there are questions about whether the Commonwealth of Nations has a future when her reign is over.

The Commonwealth evolved out of the British empire, and Elizabeth became its head in 1952 when she became queen, three years after the London Declaration formally created the voluntary association in its current form.

Now it is one of world’s biggest international organizations, made up of 54 countries, almost all of which were former colonies of the United Kingdom, covering some 2.5 billion people or about one third of the world’s population.

The 96-year-old queen has always been at its heart, but there are suggestions it has already become outdated and irrelevant.

“I think perhaps the Commonwealth has historically run its course,” said Philip Murphy, professor of British and Commonwealth History at the University of London. “And what you’re really seeing now is the ghost of an organization.”

Majority of Canadians want to ditch the British monarchy. How feasible is it?

Commonwealth members range from wealthy nations such as Britain, Australia, New Zealand and Canada – who still all have the queen as their head of state – to populous India, as well as tiny Pacific republics such as Nauru.

Supporters say it provides a network to foster international cooperation and trade links, with a focus on promoting democracy and development, and addressing issues such as climate change.

So when Barbados cut its ties with the British monarchy last year when the Caribbean nation became a republic, it was keen to remain part of the Commonwealth.

“The Commonwealth is beneficial to many Caribbean nations as well as many African nations and it links us into countries like Australia and New Zealand and Canada,” said Barbados-based David Denny, general secretary for the Caribbean Movement for Peace and Integration, a non-government organization.

The organization was regarded as playing a significant role in helping to end apartheid in South Africa, and Murphy says it has uses for smaller, less powerful members. But he remains unconvinced of its wider benefit.

“The Commonwealth talks about the importance of promoting democracy, tackling climate change, tackling gender inequality,” he told Reuters. “But the Commonwealth isn’t necessarily a logical framework internationally in which to deal with any of those problems.”

Where the organization could have a role, Murphy says, is in dealing with the legacy of the British empire and colonialism, with a new purpose of dealing with issues such as reparation and restitution

“We were massacred and killed for the economic development of Britain,” Denny said.

6:00
The future of the Royal Family in the Caribbean

Another question the organization will have to address is who will lead it, with Denny arguing it should not be the British royals, despite Commonwealth leaders agreeing in 2018 that Elizabeth’s son and heir Prince Charles should be her successor although the role is not hereditary.

Charles’s eldest son Prince William, after a difficult tour of the Caribbean nations earlier this year when he faced protests, calls for reparations and an apology for slavery, suggested he might not get the job.

Barbados celebrates as it officially becomes a republic, cuts ties with British monarchy

“Who the Commonwealth chooses to lead its family in the future isn’t what is on my mind,” said William. “What matters to us is the potential the Commonwealth family has to create a better future for the people who form it, and our commitment to serve and support as best we can.”

However, in the meantime, there is no question of the importance of the organization to its current head.

“Today, it is rewarding to observe a modern, vibrant and connected Commonwealth that combines a wealth of history and tradition with the great social, cultural and technological advances of our time,” Queen Elizabeth said in her annual message to the Commonwealth in March.

“That the Commonwealth stands ever taller is a credit to all who have been involved.”

Murphy said he suspected it would survive, but with even less attention that it attracts now.

“I think it will stagger on,” he said. “I don’t see the will to draw a line under it, and I don’t see who would really have the authority to do that. I think the danger is that it will just gradually become less influential, less important and less interesting to its citizens.”