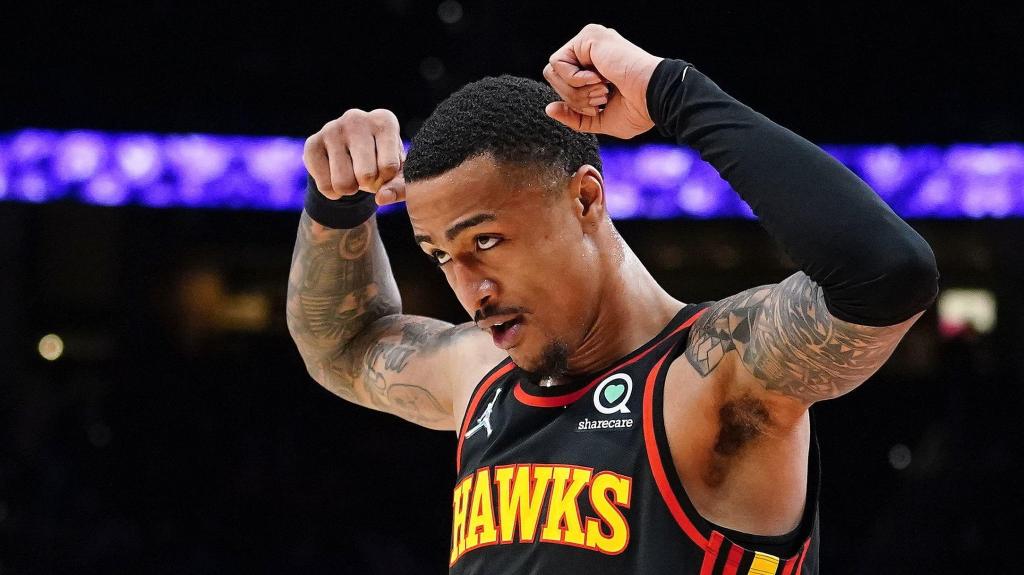 John Collins entered this Eastern Conference opening-round playoff series against the Miami Heat hurting, as he dealt with finger and foot injuries. The Atlanta Hawks forward said he continues to find the experience painful.

“The first three games, I’ve been in a lot of pain, man,” he said ahead of Sunday night’s Game 4 at State Farm Arena. “I guess, to be frank, the Heat don’t have a polite way of playing basketball.

“So I’ve seriously been having to try to take a little bit extra measure to just try to take care of my body. Be that as it is, it’s the playoffs. So not complaining, but it’s real. So, got to get ready to do it again.”

During the break between the third and fourth quarters, as Hawks coach Nate McMillan handled his televised interview, Collins and Atlanta assistant Chris Jent addresses the referees on behalf of Okongwu.

“The Heat were holding Onyeka as he was trying to jump in the air,” Collins said. “We were trying to explain to the official, I forgot who it was at the time, ‘that’s illegal.’

“You can’t do that, when somebody’s jumping, with two hands, and gets grabbed by the waist, that’s a foul. And again, kind of upset.”

Collins said he ultimately let it go, but then addressed it the following day at practice.

“I hate to see that type of stuff,” he said. “Somebody jumping in the air, I feel like that should be an easy one. But it is what it is.”

The NBA’s officiating report for Friday night’s 111-110 Heat loss cited a pair of late uncalled Hawks defensive 3-second violations, each of which should have resulted in a Heat free throw being awarded.

The first came with 56.6 seconds to play, on the sequence that featured a P.J. Tucker 3-pointer that put the Heat up 110-109, with the officiating report ruling that Atlanta’s Bogdan Bogdanovic, “is in the paint for longer than three seconds without imminently actively guarding an opponent.”

Even more significant was a similar non-call on Atlanta’s Kevin Huerter with that same score with 15.6 seconds to play. On that play, Heat guard Jimmy Butler missed a jump shot, with the Hawks’ Trae Young then converting in transition to close out the scoring.

Had the call been made on Huerter, the Hawks likely would have been forced to foul the Heat, potentially down two at that stage (after what should have been a technical free throw).

Heat center Bam Adebayo said he is confident that Kyle Lowry will traverse his hamstring issue as expediently as possible.

“I feel like he’s going to bounce back,” Adebayo said. “He’s one of those dudes who knows how to take care of his body, he knows himself and his body. So it wouldn’t shock me if he’s back out here soon.”

“Vincent has grown throughout this whole season, especially having Kyle in his ear,” Adebayo said. “It’s made him a point guard, better player. I’m excited for Vincent. This is his moment and he’ll embrace it.

“He’s become our second-best point guard on the team. In that regard, we just take K-Low’s responsibility and just hand it to Vincent. I feel like he’s very prepared for that.”