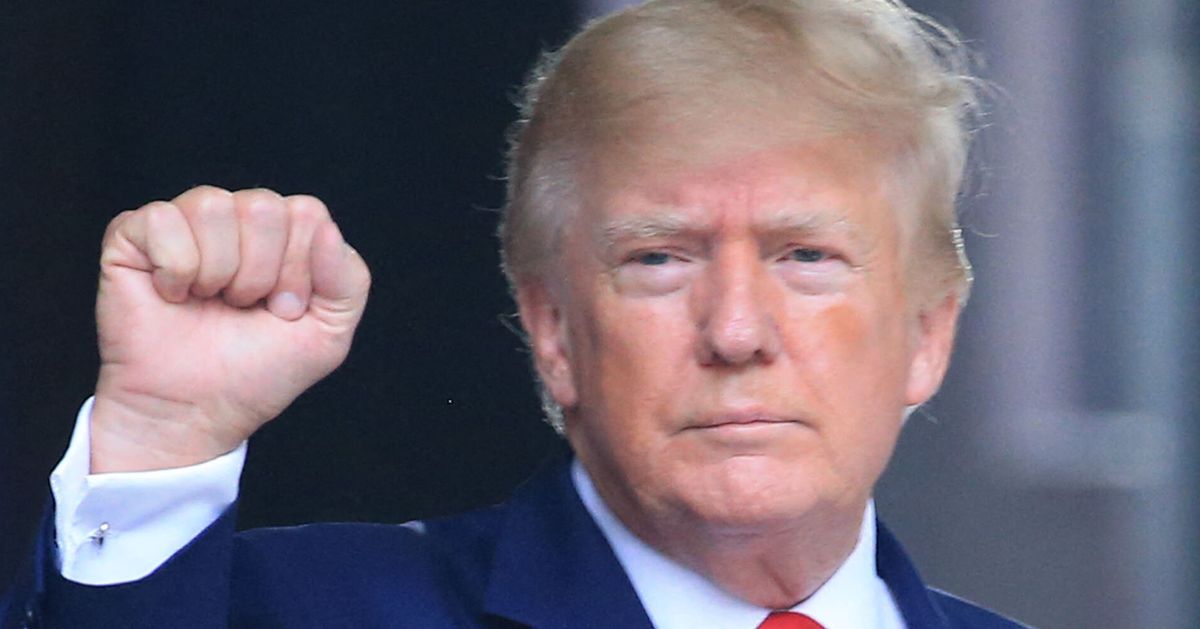 Republicans have been furiously working to explain away the unprecedented FBI search of former President Donald Trump’s Mar-a-Lago residence in search of classified documents this week.

They’ve expressed no concern over what documents Trump may have had at the resort ― which is also accessible to the public ― even though The Washington Post has reported that nuclear secrets may have been among the papers.

Instead, they’ve relentlessly criticized the FBI and vowed to investigate the agency as soon as they get the power to do so. In the midst of all this, on Thursday, a man with right-wing ties ― who appeared to be a prolific poster on Trump’s social media site ― and armed with an AR-15 rifle threatened officials at the FBI’s office in Cincinnati, Ohio.

Here are some of the ways that Republicans are trying to brush off any potential wrongdoing by Trump:

Republicans went hard after the FBI as soon as news broke about the search.

Rep. Paul Gosar (R-Ariz.) tweeted, “We must destroy the FBI.”

“It concerns everybody if you see some agents go rogue,” he said Thursday on Fox News.

That conspiracy theory was too much even for host Steve Doocy, who pressed Scalise: “Steve, who went rogue? They were following a search warrant.”

First of all, as Doocy noted, the FBI had a search warrant. And a few hours after that interview, Attorney General Merrick Garland held a news conference in which he said he personally signed off on the search. So it was not agents going rogue.

Trump and his supporters have been alleging that the FBI is corrupt and agents actually planted evidence during their search.

And then on Wednesday, Trump himself picked it up.

“Everyone was asked to leave the premises, they wanted to be left alone, without any witnesses to see what they were doing, taking or, hopefully not, ‘planting,’” Trump wrote on his own social media platform, Truth Social, since he is banned from Twitter. “Why did they STRONGLY insist on having nobody watching them, everybody out?”

“Do I know that the boxes of material that they took from Mar-a-Lago, that they won’t put things in those boxes to entrap him?” Paul said on Fox News. “How do we know? Their lawyers weren’t allowed to see the boxes go.”

And on Friday, after The Washington Post reported that some of the documents may contain nuclear secrets, Trump again repeated his theory.

Nuclear Secrets May Not Be That Secret

The Washington Post has reported that some documents related to nuclear weapons were among the items the FBI sought in its search of Trump’s house.

But maybe it wasn’t so bad that he took those home with him, according to his GOP allies.

Republicans on the House Intelligence Committee held a news conference Friday that tried to spin away the trouble Trump appears to be in.

“I can tell you that there are a number of things that fall under the umbrella of nuclear weapons but that are not necessarily things that are truly classified. Many of them you can find on your own phone,” said Rep. Mike Turner (Ohio), the committee’s top Republican.

Later in the day, The Wall Street Journal reported that FBI agents removed 11 sets of classified documents, “including some marked as top secret and meant to be only available in special government facilities.”

Between playing down the Jan. 6, 2021, insurrection at the U.S. Capitol ― and the experiences of the officers who tried to defend the building ― and going after the FBI, Republicans have quickly been shedding their image of being the party that backs law enforcement.

On Friday, the GOP House Intelligence Committee members spent barely any time at all addressing the incident at the FBI building in Cincinnati, instead focusing on the 2017 shooting of Scalise at a congressional baseball game. Turner, who represents the state where the FBI building was targeted, faulted the FBI for its performance after the shooting and used it as an example of how the agency has supposedly long been biased against Republicans.

The FBI is led by Director Christopher Wray, who was nominated by Trump.

It wouldn’t be a GOP news conference without a mention of Hillary Clinton. Rep. Markwayne Mullin (R-Okla.) claimed there was no “media frenzy” over the 33,000 classified emails on Clinton’s private email server that she used while secretary of state.

First of all, there certainly was a media frenzy over Clinton’s private server ― one that her supporters would no doubt argue contributed to her loss against Trump in the 2016 presidential election. Second, there were not 33,000 classified emails. As Politifact noted, “Of the tens of thousands of emails investigators reviewed, 113 contained classified information, and three of those had classification markers.”

And Republicans’ favorite chant in 2016 was, of course, “Lock her up,” a belief that now seems to be gone when it comes to Trump.

Obama Took Documents With Him, Too

On Friday, Trump put out a statement claiming that his presidential predecessor, Barack Obama, also took plenty of documents with him when he left the White House: “President Barack Hussein Obama kept 33 million pages of documents, much of them classified. How many of them pertained to nuclear? Word is, lots!”

The National Archives and Records Administration responded a few hours later, explaining how presidential libraries work. The agency explained that it “assumed exclusive legal and physical custody” of the records when Obama left office, as outlined by the Presidential Records Act.

“NARA moved approximately 30 million pages of unclassified records to a NARA facility in the Chicago area where they are maintained exclusively by NARA,” it added. “Additionally, NARA maintains the classified Obama Presidential records in a NARA facility in the Washington, DC, area. As required by the PRA, former President Obama has no control over where and how NARA stores the Presidential records of his Administration.”

In other words, the two situations aren’t the same at all.

Maybe It Was Aliens

Maybe Trump didn’t have nuclear documents. Maybe ― it was something about aliens?

On Friday, Rep. Chris Stewart (R-Utah) claimed the FBI is not being forthcoming enough about the search, and for some reason he brought up aliens.

How to sync a PS4 controller