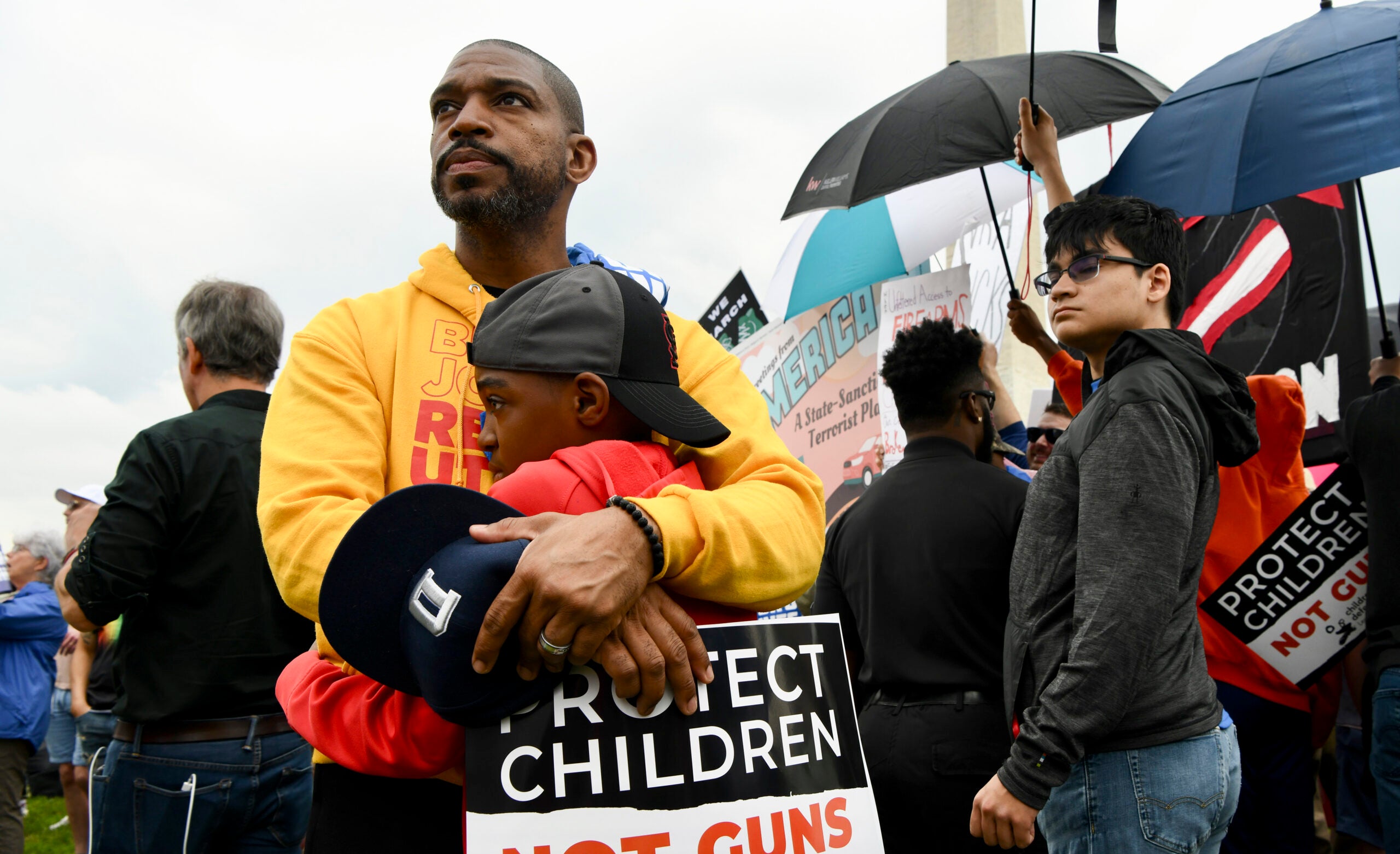 WASHINGTON — The Senate on Thursday passed a bipartisan bill aimed at keeping guns out of the hands of dangerous people, the product of a compromise that could bring about the most substantial gun safety legislation in decades.

The Bipartisan Safer Communities Act, written by a small group of Republicans and Democrats in the aftermath of back-to-back mass shootings, would enhance background checks for gun buyers between 18 and 21 years old, incentivize states to enact “red flag” laws that enable firearms to be temporarily confiscated from people deemed dangerous, and provide hundreds of millions of dollars for mental health and school safety. It would also extend to dating partners a federal law that prohibits domestic abusers from purchasing guns.

Fifteen Republicans crossed party lines to side with Democrats in support of the measure, which passed 65-33.

The 80-page bill falls short of the toughest gun-control measures that Democrats have long sought, but its enactment would still represent a remarkable breakthrough after years of stalemate in Congress on addressing gun violence in the United States. To win over Republicans, Democrats had to drop some of their more expansive proposals, many of which have passed the House but stalled in the Senate amid Republican opposition.

Here’s a look at what’s in the bill — and what was left out.

Juvenile records, including those regarding mental health, would for the first time be required in criminal background checks for prospective gun buyers under the age of 21, and authorities would have more time to conduct the checks — 10 days, up from the current three.

Under the legislation, federal authorities would have to check with local law enforcement and review state records to determine if a prospective buyer has a juvenile criminal or mental health history that would disqualify them from purchasing a gun. If they found such a record, they would turn it over to the FBI for further investigation.

What was left out: The proposal falls far short of legislation that has passed the House that would ban anyone under the age of 21 from buying a semi-automatic weapon.

Democrats also agreed to allow the enhanced background check requirement for younger buyers to expire after 10 years, leaving future Congresses to haggle over whether it should be extended. A similar “sunset” provision allowed the federal assault weapons ban enacted in 1994 to lapse in 2004, to the dismay of Democrats, who have never been able to muster enough support to revive it.

And there is a limit on how long authorities would be able to reach back into a buyer’s mental health history; such records from before a potential buyer turned 16 could not disqualify them from buying a gun.

The bill would provide $750 million in federal money to states that create so-called red-flag laws, which allow guns to be temporarily confiscated from people deemed dangerous by a judge. The funding, meant to incentivize the enactment of such measures, would also support the creation of crisis intervention court programs.

What was left out: Democrats wanted to go further than providing incentives to states and enact a federal red flag measure, passed in the House, that would allow guns to be taken from anyone deemed by a federal judge to be dangerous.

One of the bill’s last sticking points was a provision to toughen federal law to keep guns out of the hands of domestic abusers. It would expand current law that bars people convicted of domestic violence or subject to a domestic violence restraining order from buying a gun. The current law applies only to people who are married to or lived with the victim, or had a child with them.

The legislation would include other intimate partners, closing what has come to be known as the “boyfriend loophole.”

What was left out: Democrats wanted a blanket prohibition, but in negotiations with Republicans, they agreed to allow some offenders to regain the ability to purchase a gun. If a person is a first-time offender and the crime is a violent misdemeanor, the ban would disappear five years after the end of their criminal sentence, so long as they did not commit further violent crimes. Negotiators also agreed not to make the provision retroactive, bowing to another demand by Republicans.

The bill would allocate billions of dollars to schools and communities for expanding mental health programs. The funding also aims to boost school safety. The bill grants $300 million over five years for school-safety programs targeting violence that would fund school resource officers and beef up security in schools. In addition, funding would go to training school personnel and adults who interact with minors to respond to mental health issues.

What was left out: Republicans insisted on keeping the cost of the bill as low as possible. In total, the measure would cost $13.2 billion.

The bill would crack down on “straw purchasers,” people who buy guns for those who would not qualify. No current law specifically prohibits these purchasers or illegal gun trafficking, so prosecutors have relied on people who make false statements in connection with purchasing a gun.

The bill would establish a penalty of up to 15 years in prison or 25 years if the firearms are used in connection with serious criminal activity such as drug trafficking or terrorism. It would also provide resources to help prevent and investigate these purchases.

What was left out: The bill does not include more sweeping measures to impose universal background checks or ban the sale of large-capacity magazines. Republicans also said they refused to consider any mandatory waiting period for gun sales or a license requirement to purchase an assault weapon.

‘PANDEMIC OF VIOLENCE’: Lightfoot’s record on crime at the…