Herschel Walker has four children, not just one 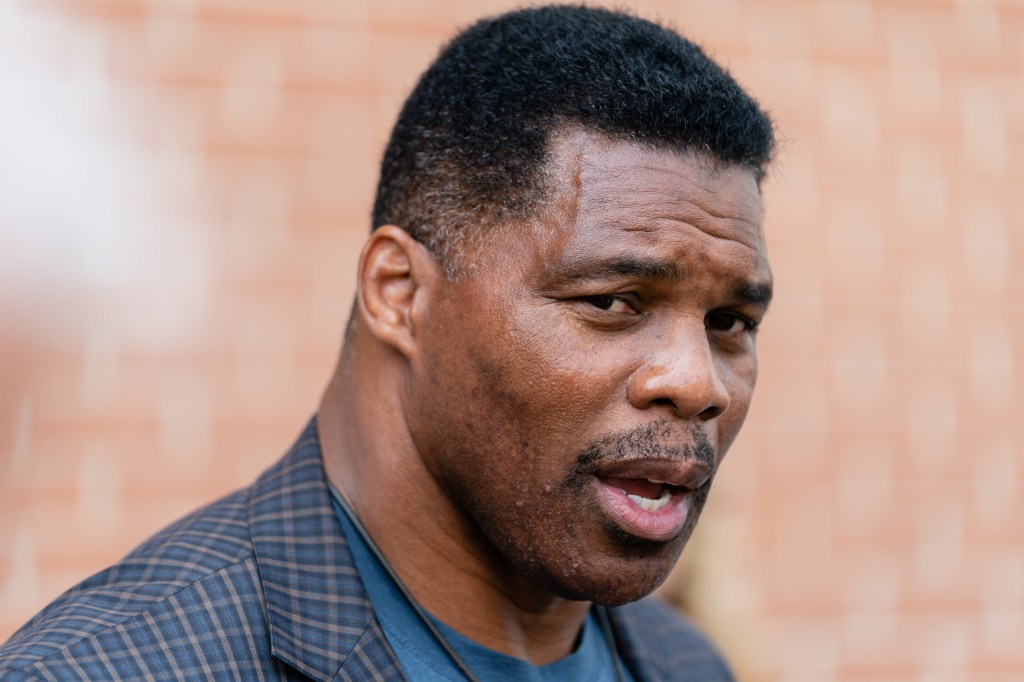 (CNN) — A second confirmation this week raised the count of Herschel Walker’s children to four.

Before the disclosures, the Republican Senate candidate from Georgia had spoken publicly of just one child: Christian Walker, the 22-year-old son from his first marriage.

On Tuesday, the Daily Beast reported that Walker fathered a son about 10 years ago with a woman who was not his wife.

The Beast said it had confirmed the identity of the boy and the mother, and that the mother had sued Walker in order to obtain a declaration of paternity and child support. According to the report, the boy was born in 2012 and Walker was ordered to pay child support starting in 2014.

On Thursday, the Daily Beast reported two more children: a 13-year-old son and a daughter who is about 40. Walker was not married to either of their mothers.

Walker, 60, is challenging Democratic Sen. Raphael Warnock in one of the country’s key Senate races this year. He was married from 1983 to 2002 to Cindy DeAngelis Grossman. His current wife, Julie Blanchard, was identifying herself as his fiancee as early as 2012; they were married in May 2021.

“I want to apologize to the African American community, because the fatherless home is a major, major problem,” Walker told conservative activist Charlie Kirk in a 2020 interview. In another interview that year with conservative media personalities Diamond and Silk, Walker said that men who have “a child with a woman, even if you have to leave that woman … you don’t leave the child.”

When asked for confirmation of the Daily Beast’s first report, the Walker campaign provided CNN with a statement from campaign manager Scott Paradise.

“Herschel had a child years ago when he wasn’t married. He’s supported the child and continues to do so. He’s proud of his children. To suggest that Herschel is ‘hiding’ the child because he hasn’t used him in his political campaign is offensive and absurd,” said Paradise.

Since entering the political arena — with the enthusiastic backing of former President Donald Trump — Walker has faced several questions about his account of his own life and experience.

In one case, he claimed for years to have graduated from the University of Georgia in the top 1% of his class and included the detail on his campaign website. But CNN’s KFile confirmed The Atlanta Journal-Constitution’s April report that Walker did not graduate from UGA, the school where he became a football star and left early to play professionally. The claim that he graduated at the top of his class was scrubbed from his campaign website a few months earlier, along with a claim that he was the valedictorian of his high school (which has been replaced by a claim he was at the “top of his class” in high school).

Last month, Walker falsely claimed that he had not made the false claim about graduating from UGA.

He has also made false or unverifiable statements about owning businesses and working in law enforcement.

The Georgia U.S. Senate seat is a top target for Republicans this fall; Warnock won it in a 2021 runoff, two months after President Joe Biden’s victory in the state.

In its statement, Walker’s campaign also raised the issue of Warnock’s child support dispute with his ex-wife, who is suing to change the conditions of Warnock’s payments. The couple had two children in the marriage that lasted from 2016 to 2019.

Warriors lean on history with a chance to close out Celtics