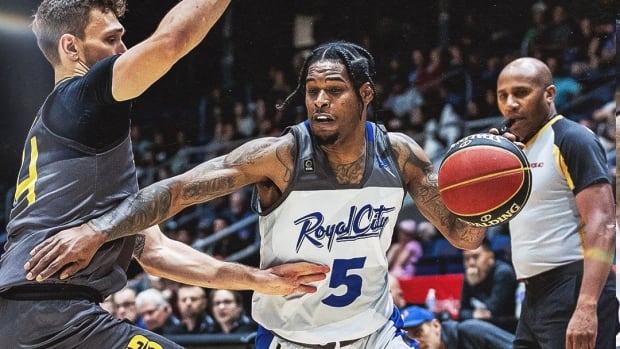 Missing both Cat Barber and AJ Lawson, the Nighthawks (6-3), who have now won five games in a row themselves, were able to avenge an 18-point loss to Hamilton (7-2) earlier in the season.

Following a tight opening frame where Guelph took a one-point lead at the end, the Honey Badgers opened the second quarter with a 15-0 run to go up 33-19.

The Nighthawks did not let it wear on them though.

Guelph quickly answered back over the near-five minutes with a 10-2 run of their own to cut the deficit to just six.

Going into the third down 43-35, the Nighthawks went on a 9-0 run to take the lead at the 7:38 mark. Neither side was able to take a lead larger than three points the rest of the way and closed the frame tied at 58.

In the fourth, Guelph was able to maintain a small lead behind a combined 12 points from Clayton Henry and Stefan Smith within the first 6:11 of the frame.

Up 80-76 at the start of the Elam Ending, with a target score of 89, it was Hill who led the way, scoring six of the Nighthawks’ final nine points, including the game-sealing shot.

The Nighthawks will look to extend their win streak when they next play the Fraser Valley Bandits on Tuesday at 7 p.m. ET. Meanwhile, the Honey Badgers will aim to bounce back in a rematch against the Scarborough Shooting Stars on Saturday at 7:30 p.m. ET.

Both games can be streamed live on CBCSports.ca, CBC Sports App, and CBC Gem.

Watch CEBL action as the Nighthawks host the Honey Badgers in Guelph, Ont.