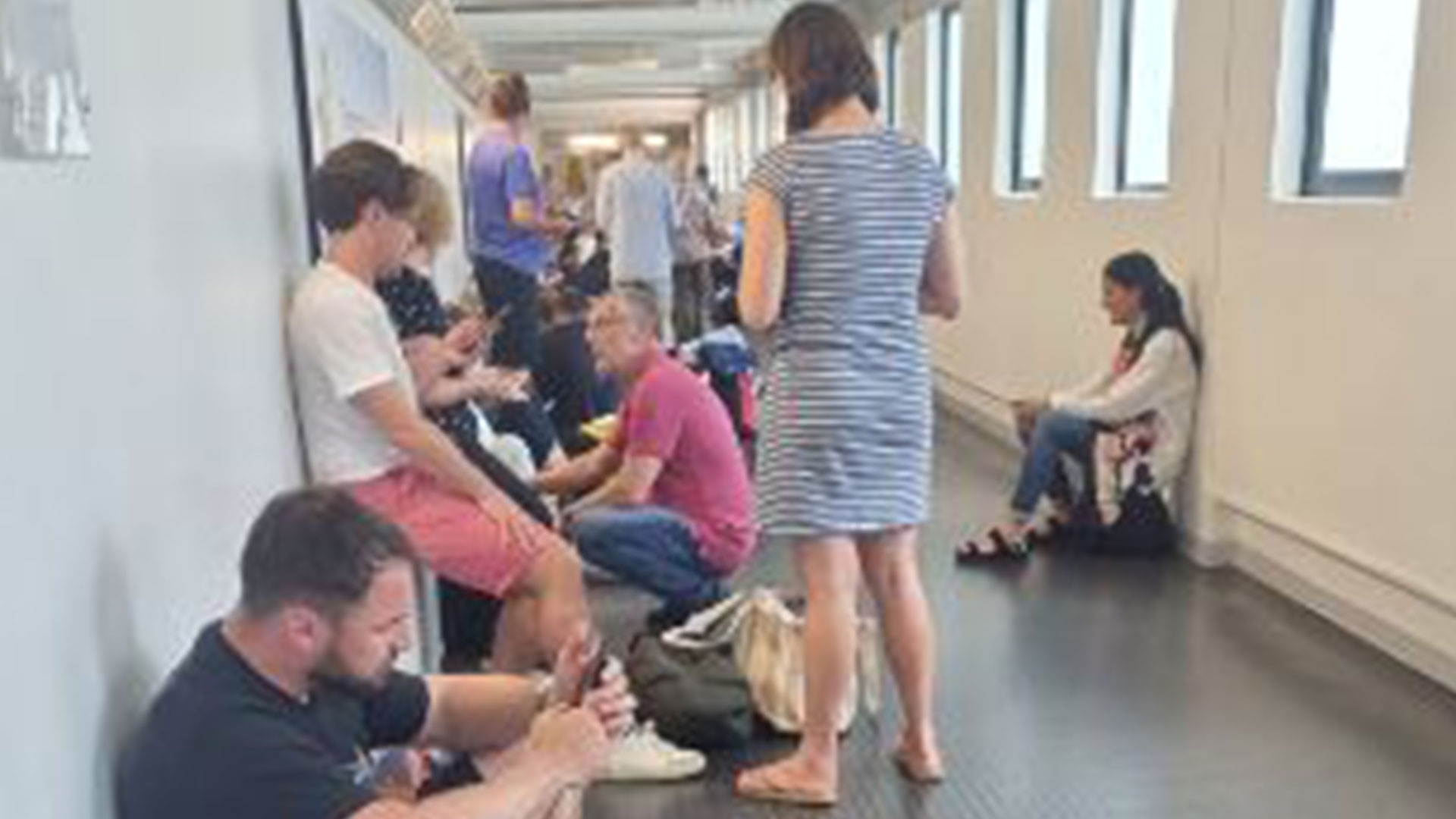 EASYJET has been heavily criticised after hundreds of passengers were reportedly locked in an airport corridor in sweltering heat without water or access to toilets.

Holidaymakers claimed they tried to force their way out of the tunnel at Pisa International Airport in Italy yesterday (June 21) due to the lack of ventilation.

Passengers waiting to board their flight to Manchester were allegedly kept in the stifling corridor for almost an hour as temperatures reached 30ºC outside.

Due to the suffocating heat, some of the passengers reportedly fainted, as there was no access to water, food or toilets.

Mothers travelling with babies and toddles were forced to strip their children down to their nappies to stop them from overheating.

After multiple delays to their flight, the easyJet customers were then told they could leave the corridor, before being informed their flight to Manchester had been cancelled.

Easyjet has apologised to customers for the recent disruption. However, there are more cancellations to come for passengers on the budget airline.

Passengers ended up waiting around at the airport for around eight hours and claimed they had to fend for themselves to book hotels and taxis.

The long day took its toll on RAF veteran Joe Rylance, 83 , from Bangor, North Wales, who struggled to sit on the hard airport floors.

His son, Neil Rylance, 52, CEO and founder of a software company, took to Twitter to voice his anger.

“An absolute disgrace @easyjet – you have already left my 83 year old dad standing for four hours so far (two hours delayed), you have now locked us in a corridor with no ventilation and spring heat and all doors locked !!! #pisa #Manchester absolutely disgusting !!!”

Rylance said that his group of eight will now be stuck in Pisa for two extra days, and estimates the cost of the disruption and cancellation will cost the family more than £2,000.

Speaking today from Pisa, Rylance described the situation: “It was chaos. There were three easyJet flights all thrown together with nobody organising where we meant to be going.”

“Every single person who was meant to be on the Manchester flight was locked in this corridor – locked at both ends.”

“There were babies that were stripped off because they were absolutely sweating and there was no air.”

“We tried to kick down a fire exit just to get some air for people.”

Rylance explained that despite the force, the doors “wouldn’t budge”.

“There was no representative from easyJet seen in the whole of this experience.

“My dad just wants to get home. It’s taken a lot out of him, which is really upsetting.

Rylance added: “Communication is so important, but there was absolutely none of it.

“I just wish they talked to us, let us know what was going on. We still have no idea what happened.”

Other passengers took to social media yesterday whilst stuck at the airport to vent their frustrations at the airline.

Natalie Yates said: “We’ve been delayed already and now ushered into the boarding tunnel with no food, water or toilets and people are fainting and overheating.

“No communication, and no way out. Send help.”

Airports across the UK have been hit with a raft of delays, leaving thousands of passengers out of pocket.

EasyJet said it believed the issues (critical staff shortages and air control delays) were a “one-off” this summer and expect “greater resilience” in coming years.

Other airline companies, such as Wizz Air, British Airways and TUI, have also cancelled flights in recent weeks, as the aviation industry continues to struggle to meet its staffing needs.

Travellers can expect more disruption as trade unions representing Ryanair cabin crew in Belgium, France, Italy, Portugal and Spain will be striking this weekend, ahead of EasyJet’s nine-day walkout in Spain next month.

The staff are walking out over labour conditions, claiming the airline doesn’t respect rest-time laws.

And the cabin crew also want a raise, after years of being paid at the minimum wage.