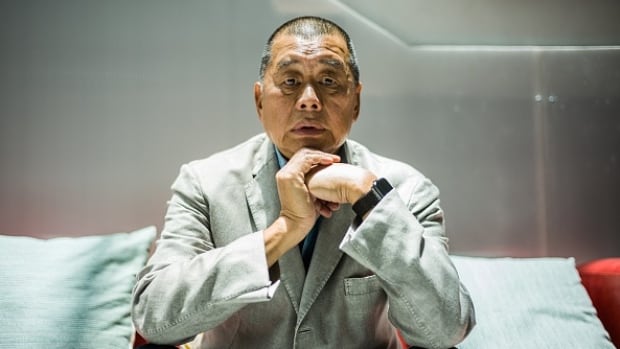 The trial of a Hong Kong newspaper publisher who was arrested in a crackdown on a pro-democracy movement was postponed Thursday after the territory’s leader asked China to effectively block him from hiring a British defence lawyer.

Beijing imposed the security law after pro-democracy protests that started in 2019. If Beijing intervenes, that would mark the sixth time the Communist-ruled government has stepped into the city’s legal affairs.

Lai, the founder of the now-defunct Apple Daily, is accused of conspiring together with others to call for an imposition of sanctions or blockade, or engage in hostile activities against Hong Kong or China. He also faces a charge of collusion with foreign forces to endanger national security, and a separate sedition charge under a colonial-era law that is increasingly used to snuff out dissent.

As of late November, 25 people have been convicted under the law, which prohibits subversion, pro-independence activity, collusion with “foreign forces” and terrorism, according to the security bureau.

The judges granted their approval to the application from the Department of Justice to postpone the trial for a short period as the city awaits Beijing’s decision. The next hearing is scheduled for Dec. 13.

Lee, Hong Kong’s former security chief who oversaw the crackdown, said Tuesday that Beijing was highly concerned and would act “as soon as possible,” but gave no timeline for an interpretation that would overrule the court judgment.

Hong Kong was promised a “high degree of autonomy” when it returned to China in 1997, but Beijing and its local allies have rolled back Western-style civil rights, eroding the territory’s appeal as a global business centre.

Owen did not appear in court because the immigration department withheld the barrister’s application for an extension of his work visa, Lai’s lawyer said.

On Tuesday, Hong Kong Bar Association Chair Victor Dawes urged the mainland’s standing committee of National People’s Congress to exercise its power to interpret the law sparingly. He said local courts can clarify any ambiguities in the future.