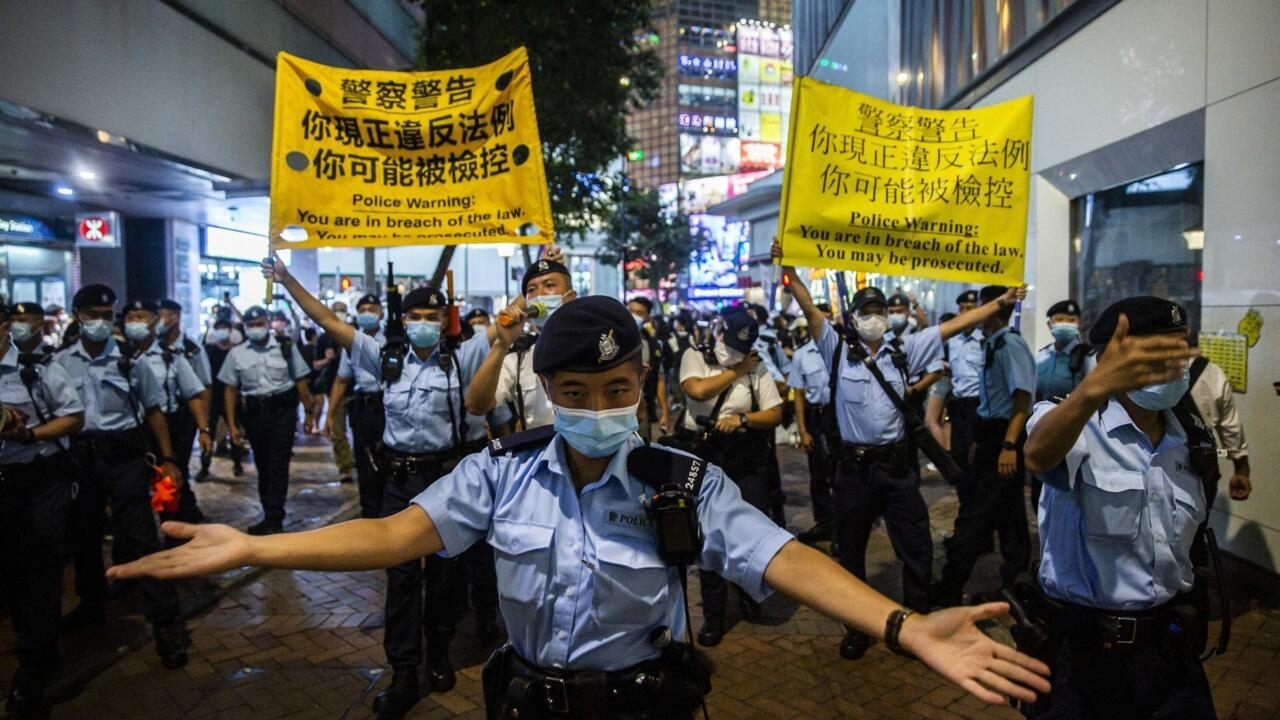 Hong Kong authorities on Saturday strove to stop any public commemoration of the 33rd anniversary of the Tiananmen crackdown, with police warning that gatherings could break the law as Beijing vies to remove all reminders of the events of June 4.

On that day in 1989, the government sent troops and tanks to break up peaceful protests, crushing a weeks-long wave of demonstrations calling for political change and curbs on official corruption. Hundreds, by some estimates more than 1,000, were killed in the crackdown.

Discussion of what happened is highly sensitive to China’s communist leadership, and is all but forbidden on the mainland. Semi-autonomous Hong Kong had been the one place in China where large-scale remembrance was still tolerated, until two years ago when Beijing imposed a national security law to snuff out dissent after huge pro-democracy protests in 2019.

Authorities warned the public on Friday that “participating in an unauthorised assembly” risked a maximum penalty of five years’ imprisonment. They also closed large parts of Victoria Park, once the site of packed annual candlelight vigils attended by tens of thousands.

One woman told AFP she had lit a candle at home instead and placed a replica of the Goddess of Democracy statue, the original of which stood in Tiananmen Square in 1989, on her windowsill. “For me and many Hong Kongers of my generation, June 4 was our political enlightenment,” said the 49-year-old public relations professional, who used to volunteer for the vigil’s organisers. On Saturday, she said she would walk around the city wearing a t-shirt with June 4 numerals as a more “subtle” form of commemoration, given the legal risks.

China has gone to exhaustive lengths to erase the crackdown from collective memory, omitting it from history textbooks and scrubbing references to it from the Chinese internet and social media platforms. On Saturday, authorities in Beijing had set up facial recognition devices at roads leading to Tiananmen Square and stopped passersby to check their identification.

The security presence in the area was noticeably bulked up, with two to three times the regular number of officers visible. In Hong Kong too, the area around Victoria Park was heavily policed, with long lines of security vehicles parked next to it. On Friday night, in the nearby bustling Causeway Bay shopping district, a performance artist who whittled a potato into the shape of a candle and held a lighter to it was surrounded by more than a dozen officers and taken away in a police van, an AFP reporter saw.

Police later said they had arrested a 31-year-old woman for “disorderly conduct in a public place”. “The government is so scared of any possible assembly,” said Dorothy, a 32-year-old coach who spoke to AFP near the park on Saturday morning. She said she had not been a regular attendee at the vigils, but that it was “a great loss for the society”. “The most profound impact is on the younger generations as the vigil used to be a window to let them know that such an appalling incident took place in China,” she added.

In a period of months, decades of commemorations have been wiped from Hong Kong. Since last September, the vigil’s leaders have been arrested and charged with subversion, their June 4 museum has been closed, statues have been removed, and memorial church services cancelled. Commemoration events in Macau were also cancelled this year.

US Secretary of State Antony Blinken on Saturday released a statement pledging to continue to “honour and remember those who stood up for human rights and fundamental freedoms”. “While many are no longer able to speak up themselves, we and many around the world continue to stand up on their behalf and support their peaceful efforts to promote democracy and the rights of individuals,” he said, specifically mentioning the situation in Hong Kong.

Multiple Western Consulate Generals in Hong Kong on Saturday posted Tiananmen tributes on social media as well. “The collective memories of June 4 in Hong Kong are being systematically erased,” said Taiwanese President Tsai Ing-wen in a statement. “But we believe that such coarse and unreasonable measures cannot wipe away people’s memories.”

Vigils will be held globally, with rights group Amnesty International coordinating candlelit ones in 20 cities “to demand justice and show solidarity for Hong Kong”. At Victoria Park on Saturday morning, photographer Kityee was confident that people would not forget the events of 1989. “I think most people will not insist on coming here in defiance,” she said. “But they will find their own ways of commemoration.”

Parents ‘roadschool’ their kids while travelling Europe in a builders van

Asteroids made of “rubble” might be very, very hard to destroy,…