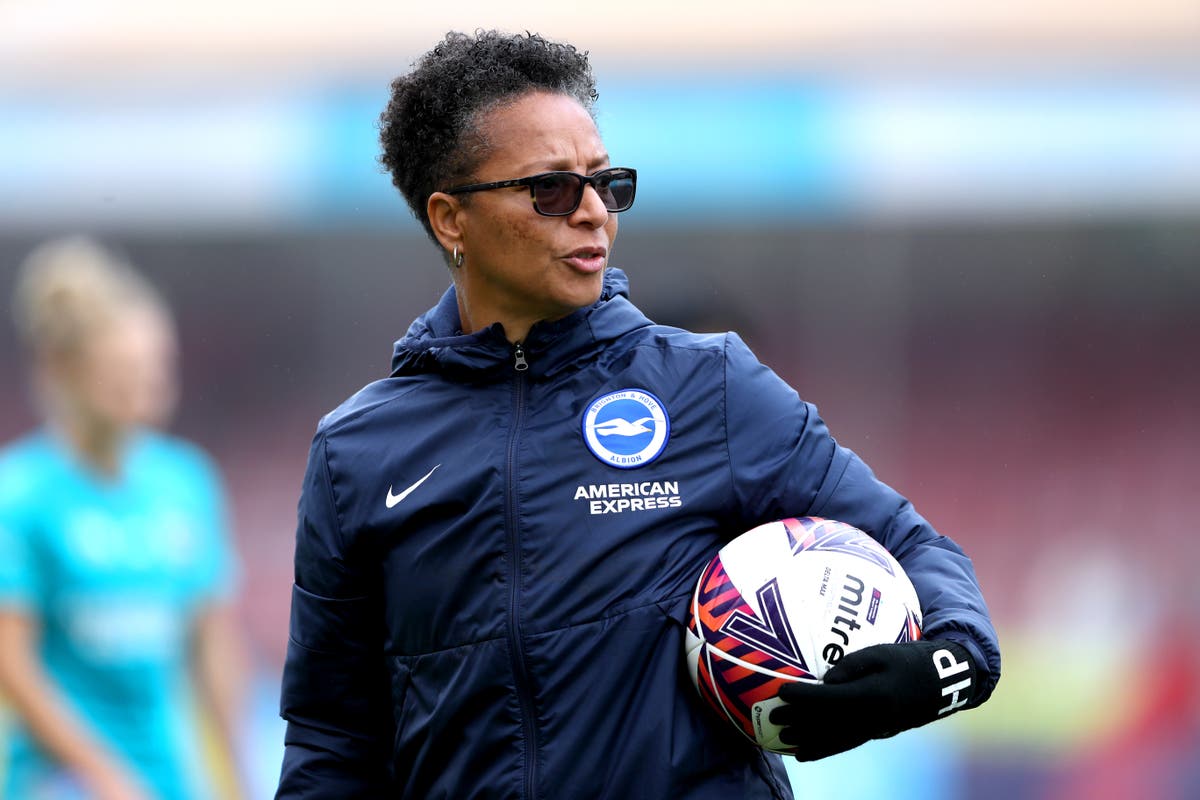 Hope Powell has spoken of the importance of the Women’s Euros England hosted 17 years ago in the journey to the “completely different” current picture ahead of this summer’s home tournament.

Brighton boss Powell was in charge of the Lionesses when they were hosts at Euro 2005, opening with a 3-2 victory over Finland in front of almost 30,000 fans at the Etihad Stadium, sealed by a late goal from then-17-year-old Karen Carney.

After that campaign ended at the group stage, Powell’s England tenure – running from 1998 to 2013 – would subsequently include overseeing a runners-up finish at the 2009 Euros in Finland, and she also managed the Great Britain side at the London 2012 Olympics.

Powell told the PA news agency: “I think 17 years is a long time ago – does it feel like it? Yes.

“I think it’s completely different now, the build-up to the tournament, the global interest, the marketing and media interest, and I think the expectation now of England – to do well is expected.

“The players (now) are household names. We didn’t have that in 2005, until some of them became household names once the tournament started – Karen Carney, scoring the goal at the Etihad.

“I think the pressures are different, the expectations, the convoy, the entourage – and I think that just shows how far the game’s progressed.

“The crowd at the Etihad was incredible and that was the first experience we’d had of a big fanbase. And Karen Carney scoring that goal was a stand-out moment, the press went mad.

“I think it (the tournament) was really important. It gave us the opportunity to showcase the best talent we had at the time, get fans, young girls involved, to see that this was something perhaps that was possible, they could play the game in stadia, on decent pitches, with the glare of the media on them.

“It’s a lot more now, but I think that was a key moment to kind of put women’s football on the map in this country.

“The sad thing after that tournament for me was it very quickly diminished. Then in 2009 we got to a final…and then that diminished. And then 2012 I think probably was a bit of a watershed moment, playing at Wembley in front of 70,000 (Great Britain’s final group game), the attention around it.

“I think that tournament (in which GB were quarter-finalists), it really kind of exploded from there.”

England, semi-finalists in their last three major tournaments, begin their Euro 2022 campaign by playing Austria at Old Trafford on July 6. Each of their group games are sold out, as is the Wembley final.

Powell – who says comparing the England teams of 2009 and now is “a bit unfair” with “the players now…fully professional, with everything at their disposal” – believes being hosts will inspire them.

She sees England boss Sarina Wiegman, manager of the Netherlands’ Euro 2017 triumph, as a “tough cookie”.

And Powell – holder of 66 England caps and part of the side that were Euros runners-up in 1984 – added: “I think they will be disappointed if they don’t get to the final and win it. I think they’ve got more depth (in the squad) than they ever have before.”

The Football Association last month announced plans, supported by the Premier League, designed to create a wider and more diverse talent pool for the women’s game.

It comes with the level of ethnic minority representation in the Women’s Super League and England Women team having been a considerable talking point in recent years and issues regarding the talent pathway structure and accessibility for youngsters from inner-city areas something cited as a factor in the situation.

There is to be a wider national network of what will be called Emerging Talent Centres for girls aged eight to 16 and the FA’s director of women’s football Baroness Sue Campbell has expressed her confidence that plan and other initiatives will help create a “significant shift” in terms of diversity at the top end of the English women’s game.

Powell said: “I think it’s really important and I’m really pleased the FA have listened to the concerns of the wider football community, that they’ve then decided they are going to do something about it and make it more accessible.

“The new plans have to be tried and tested. If it makes the game more accessible, then hopefully in the future we’ll see a more diverse pool of talent coming through.

“They had to make change, I’m glad they did, and it’s a matter of putting the plans in place, letting it run, monitoring it and see if it works.”

Powell also hopes greater diversity of players will lead to the same in terms of coaches and managers, adding: “It’s all about opportunities – opportunity to play, opportunity to coach.”