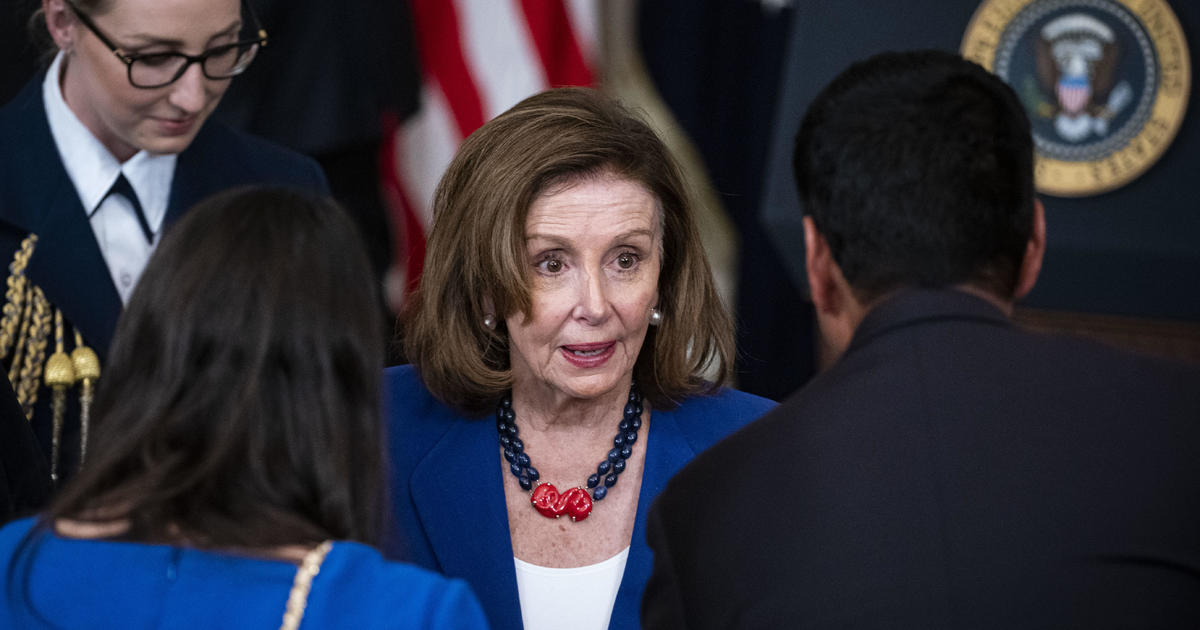 Drew Hammill, Pelosi’s deputy chief of staff, tweeted that she is currently asymptomatic. The speaker is fully vaccinated and received her booster shot.

“After testing negative this week, Speaker Pelosi received a positive test result for COVID-19 and is currently asymptomatic,” Hammill said in a pair of tweets. “The Speaker is fully vaccinated and boosted, and is thankful for the robust protection the vaccine has provided. The Speaker will quarantine consistent with CDC guidance, and encourages everyone to get vaccinated, boosted and test regularly.”

Pelosi was at the White House for two events on Tuesday and Wednesday. On Tuesday, she attended an event on the Affordable Care Act with former President Barack Obama, members of President Biden’s Cabinet and other lawmakers. Then, on Wednesday, she joined Mr. Biden on stage for the signing of the Postal Service Reform Act. Obama, who is fully vaccinated and received his booster, had COVID-19 last month.

The White House said Mr. Biden tested negative for COVID-19 on Wednesday and will continue to be tested regularly. He is not considered a close contact of Pelosi under the CDC’s definition. The two had “brief interactions” over the last two days, according to the White House, and Mr. Biden “wishes Speaker Pelosi a speedy recovery.”

Senator Susan Collins’ office confirmed that she also tested positive for COVID-19 on Thursday afternoon. She is experiencing mild symptoms and plans to isolate and work remotely, her office said. Senator Raphael Warnock also said Thursday that he had tested positive.

Meanwhile, at the White House, Michael LaRosa, press secretary to first lady Jill Biden, tested positive for COVID-19 Thursday morning, he told CBS News. LaRosa was out of the office earlier this week and had tested negative. He said the first lady and president would not be considered a close contact.

Pelosi was scheduled to lead a congressional delegation to Asia during Congress’s two-week recess, which is set to begin Friday. But Hamill said the trip will be postponed.

She is one of the latest high-profile Washington figures to test positive for the virus this week, joining Attorney General Merrick Garland and Commerce Secretary Gina Raimondo, among others. The two Cabinet members, as well as Democratic Reps. Adam Schiff of California and Joaquin Castro of Texas, who also contracted COVID-19 this week, attended the annual Gridiron Club dinner in Washington on Saturday.

Pelosi did not attend the gathering, according to The Washington Post.