How Doctor Strange 2 Chose Which Illuminati Members to Include 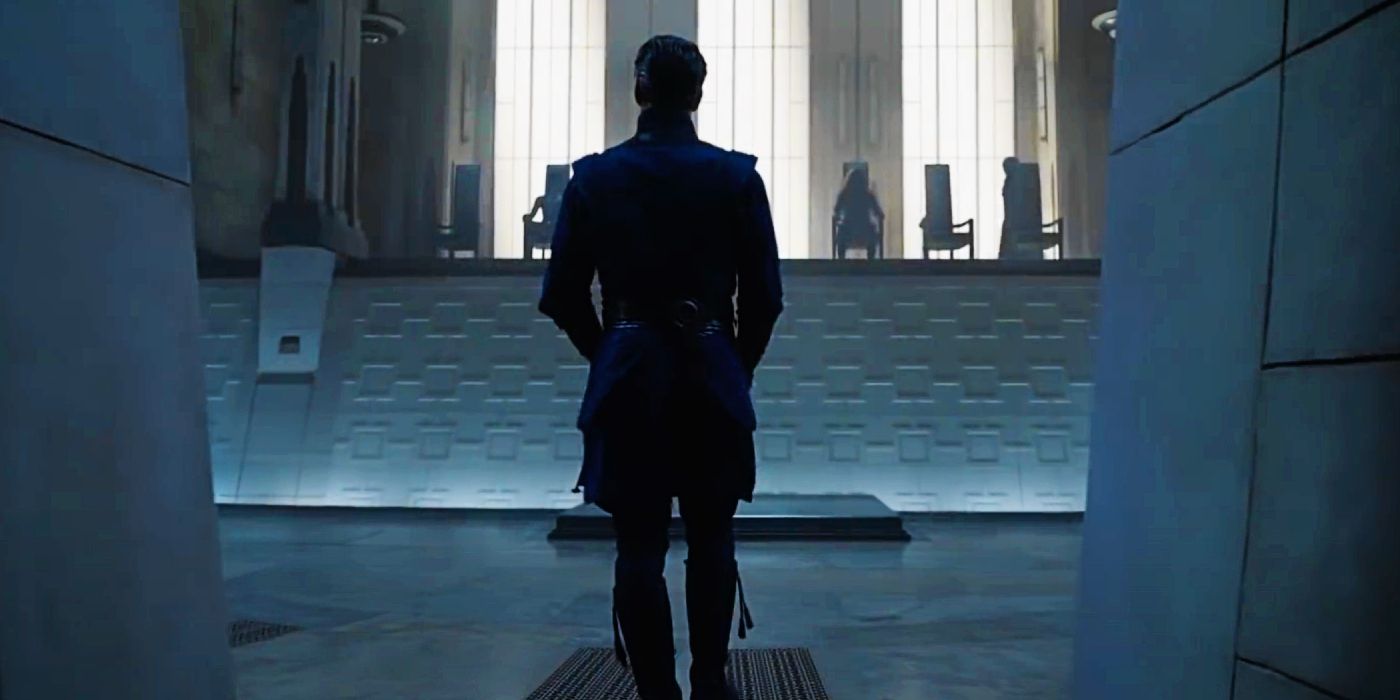 Casting the much-hyped Illuminati members for Doctor Strange in the Multiverse of Madness was ultimately a matter of close comic accuracy.

In an interview with Comicbook.com, Multiverse of Madness writer Michael Waldron discussed the “challenges” of striking a balance between fan-service and plot-driven appearances for the Marvel film’s titular multiverse. “It’s easy to be seduced… by the cheap laugh, the cheap cheer… but that’s never what Marvel or Sam [Raimi] were interested in. It’s always about what’s right for the story. What’s right for Stephen Strange and what’s right for Wanda.”

This mindset extended to how the Illuminati factored into Strange’s story and why other speculated cameos, such as Tom Cruise’s rumored Superior Iron Man, did not happen. “It was never about fan service, really. If these Illuminati characters are here, it’s because they should be here, because that’s who’s in the Illuminati in the comics. And that’s who would actually be in the Illuminati, so that was always kind of our north star,” Waldron continued.

First appearing in 2005’s New Avengers #7, the Illuminati serves as a secret Marvel Universe think tank of superhero leaders and metahuman experts, often for the purpose of strategizing against major threats. The original Illuminati consisted of Iron Man, Doctor Strange, Professor X, Mister Fantastic, King Namor and Black Bolt, though Captain America and Black Panther were later added as new members. Multiverse of Madness‘ Illuminati is revealed to be Earth-838’s version of the Avengers, who take Strange and America Chavez into custody owing to the possibility of his actions causing an incursion. However, its alternate universe membership predominantly stuck to the comic roster: Sorcerer Supreme Baron Mordo, Captain Carter, Captain Marvel, Reed Richards, Black Bolt and Charles Xavier.

RELATED: Doctor Strange 2, Spider-Man: No Way Home and What If…? Couldn’t Happen Without Loki

Though most of the Illuminati are killed off by Wanda Maximoff, Multiverse of Madness saw the return of multiple MCU alumni as their variants, including What If…?‘s Hayley Atwell, Inhumans‘ Anson Mount, and Captain Marvel‘s Lashana Lynch. The film also marked the official MCU debuts of Richards and Xavier, played by John Krasinski and Patrick Stewart, respectively. Though Stewart has previously portrayed Xavier in seven live-action X-Men films, his cameo drew attention for how it resembled Xavier’s X-Men: The Animated Series incarnation, traveling in a yellow hoverchair and even featuring a reindition of the cartoon’s iconic theme song.

It’s unclear whether a group similar to the Illuminati will appear in the MCU’s Earth-616 timeline. Marvel is currently working on a new Fantastic Four movie, but whether Krasinski — who had long been fan-casted as Richards — will continue to play the character is similarly unknown.

Directed by Sam Raimi, Doctor Strange in the Multiverse of Madness is currently in theaters.

Doctor Strange Fixes the Biggest Issue With the Illuminati

Ben Wasserman is a graduate of NYU’s M.A. Cinema Studies Program at the Tisch School of the Arts. He’s previously written for the pop culture websites ComicsVerse and mxdwn Movies and currently writes movie reviews for Film-Forward alongside CBR. Ben loves all things film, television, gaming and comic-related, especially when it comes to Marvel.

You can reach out to Ben on his Twitter page: https://twitter.com/WassermanReview

NATO says it would accelerate Finland and Sweden’s membership bids