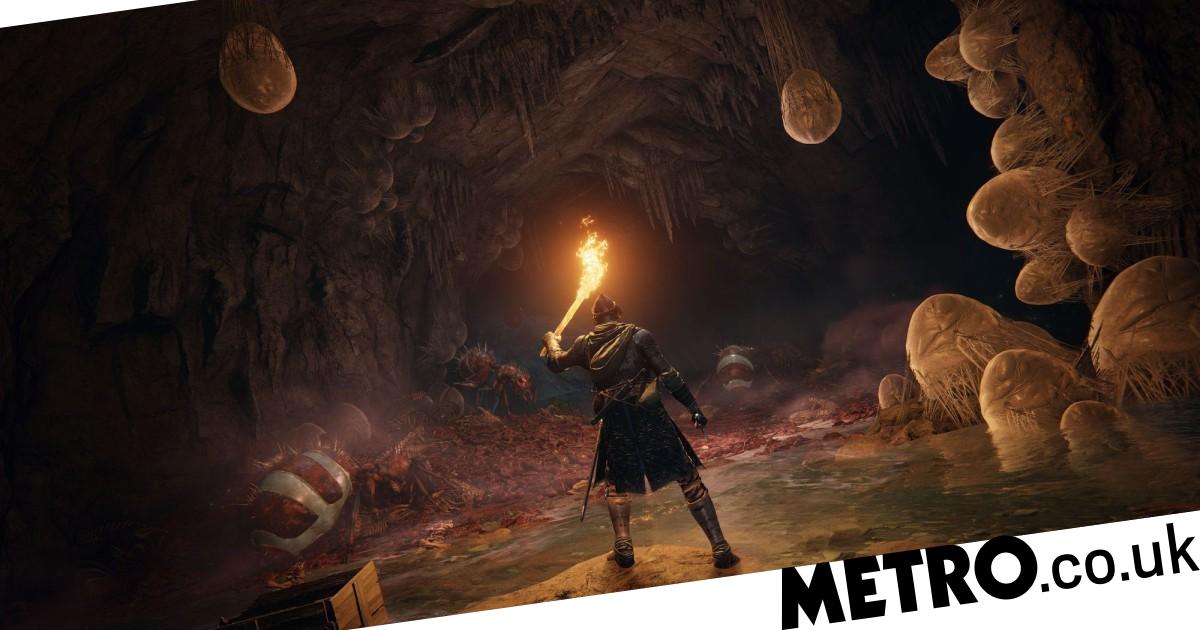 A reader explains why he thought Elden Ring was too difficult for him… and how he ended up getting a Platinum trophy for it anyway.

My only previous experience with a Soulslike game has been Star Wars Jedi: Fallen Order (which many agree is a watered down version of the Soulslike formula) and up until the [spoiler redacted] sequence in the final moments of the game, I found it a bit of a chore to get through. I am not ashamed to say that I played it on the easiest difficulty setting. Although the light puzzles and platforming were enjoyable, I just didn’t have fun with the combat.

I have always enjoyed an arcade style of action (the pinnacle for me being the Batman: Arkham series), probably from the fact that nearly every game when I was growing up was a side-scrolling beat ‘em up and/or had some sort of combo meter at the side of the screen.

Soulslike games take an incredible amount of skill, timing, practice, and patience to get through, where any wrong move could end your life in an instant. Having to learn the attacks and patterns of regular enemies and bosses with pinpoint accuracy and reading stories of players quitting on the final boss after 100+ hours, sounded more like torture than fun. I know I just don’t have the patience or, more importantly, the skill to get through such a game.

Then one Saturday morning I logged into a chat room with a friend and there he was playing Elden Ring and his reaction was: this game is amazing and it’s actually not that bad in terms of difficulty. For the next hour or so I watched as he worked on mastering the first major camp, northeast of the Church of Elleh. The more I watched, the more confidence I had that I may be able to give this a try. Later that day I used the credit in my PSN account and hit the purchase button, there was no going back now.

My first reactions, and for the duration of my playthrough, were nothing but positive. I made my way through the tutorial cave with ease, after choosing the GC recommended Confessor class. I then ventured my way out into the world… only to be immediately killed by the Tree Sentinel patrolling outside. But rather than frustration I simply admitted to myself that I wasn’t strong enough to defeat him, made a note of his location and vowed to come back another day when I was stronger.

130 hours later I completed the game, virtually seeing everything the world had to offer, a further 20 hours after that I heard the ping of a platinum trophy.

Is the game difficult? Yes. But more often than not, the fault is your own when going up against an evenly matched enemy. There were a lot of comments in the Inbox, and around the web, upon release of a need for an easy mode, and I’d say it doesn’t need one. You can summon players to help you out for any boss in the game and read messages left by others offering tips and secrets about the area you are in.

Should the enemy be too strong for you, the open world allows you to go off and gain strength and then come back another day, this a major difference to other FromSoftware games, which I think has helped its accessibility to gamers like myself, and also its popularity.

Also, unlike modern open world games, which signpost everything there is to see and do, there are no such markers here. Although you get moments of what am I supposed to be doing? It allows for you to feel like you are genuinely exploring the world on your own and allows for you to have conversations with friends about things you stumbled upon (like, is that voice coming from the bush?) and share where you found it.

I eventually downloaded the Elden Ring map app and would plot out a course for the session ahead, then often get sidetracked after noticing a dungeon to explore or happening upon a new area. I highly recommend this game to anyone unsure about playing, which for many, is the leading contender for game of the year.


MORE : PS Plus Premium is getting Dino Crisis according to advertising