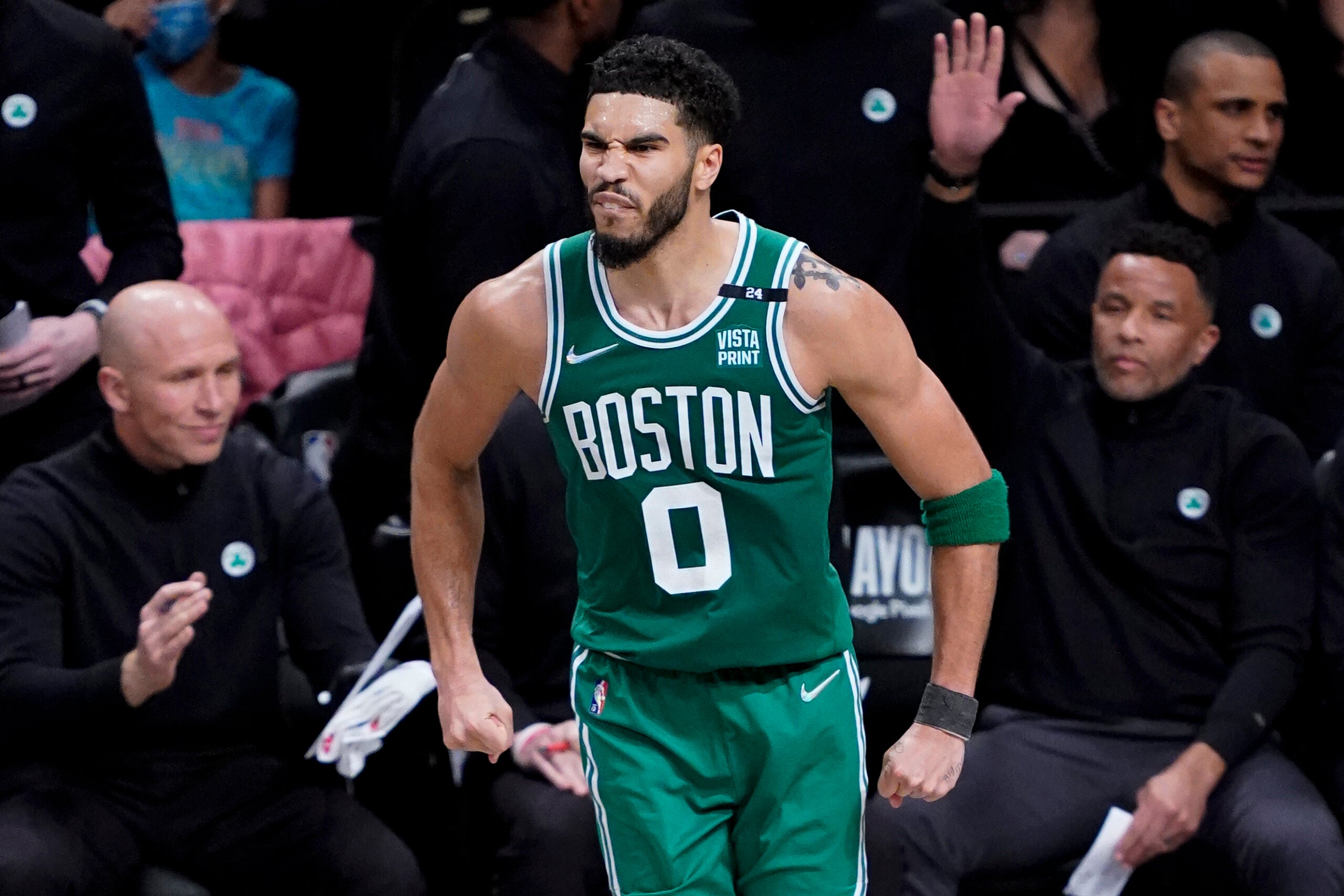 The Celtics are surprisingly up 3-0 in their first-round series against the Nets, and they have their best player to thank for that.

All-Star forward Jayson Tatum scored a team-high 31 points in Game 1, with his final two points coming at the buzzer to give Boston the win. He didn’t have the most prolific scoring performance in Game 2, scoring 19 points on 5-of-16 shooting, but his defense was a major reason why Kevin Durant shot 4-of-17 from the field and didn’t make a shot in the second half.

Tatum brought the best of both worlds in the Celtics’ Game 3 win. While he didn’t have the most efficient shooting night (13-for-29 from the field and 4-for-13 from behind the arc), Tatum scored a game-high 39 points, more than Durant and Kyrie Irving combined (32). He also dished out six assists, tied with Marcus Smart for the team-high on Saturday, grabbed five boards, and had an astonishing six steals.

Tatum was steady throughout Saturday’s game, but he really turned it up in the fourth quarter. He scored 14 points in the frame, consistently driving to the rim to either score or initiate contact to get to the free-throw line. With less than 10 seconds left, Tatum put the final touches on the win. He got a steal from a bad Durant pass and drove down the court for a thunderous slam, leading him to yell in joy as the Celtics’ Game 3 win became official.

Not only does Tatum have the upper-hand so far on Durant in the battle of the two biggest stars in this series, but his Game 3 performance was also historic. He joined Michael Jordan as the only players to score at least 39 points and have at least six assists, five rebounds, and six steals in a playoff game since 1980, via Boston Sports Info. He’s also the first Celtic to have 35/5/5/5 in a playoff game during that timespan, according to StatMuse.

As Tatum is certainly making the case to be considered one of the game’s best players by outplaying Durant, he’s more concerned with the final result on the scoreboard.

“I’m not trying to make it a one-on-one thing [with Durant] or a matchup thing, just doing whatever I can to get a win,” Tatum said. “As long as we won, that’s all I care about.”

For as impressive as he was offensively, Tatum might have been even more spectacular on defense in Game 3. He had another stellar defensive performance against Durant. He guarded Durant for 37 possessions in Game 3, allowing just two points. The Nets also shot just 1-of-3 with Tatum as the closest defender in Game 3, per NBA.com’s tracking stats.

For the series, Tatum has done a stellar job when guarding Durant. Over 119 possessions, Durant’s scored just 10 points on 2-of-15 shooting (0-for-4 from deep), committing 10 turnovers to just two assists, via NBA.com. Tatum nearly blocked a Durant jumper for the third straight game, too, but his fourth-quarter contest along the baseline was called a foul on what appeared to be a close call.

Celtics coach Ime Udoka believes his young star doesn’t get the credit he deserves on the defensive end.

“He’s been that all year for us,” Udoka said. “We’ve talked about our team as a collective unit being the number one defensive team and that takes everybody to buy in. He doesn’t always get the credit for that because of the scoring prowess.”

Tatum’s noticed how much he’s improved on the defensive end over his five-year career.

What channel is TalkTV on? How to watch Piers Morgan Uncensored on Sky, Virgin, Freeview and more