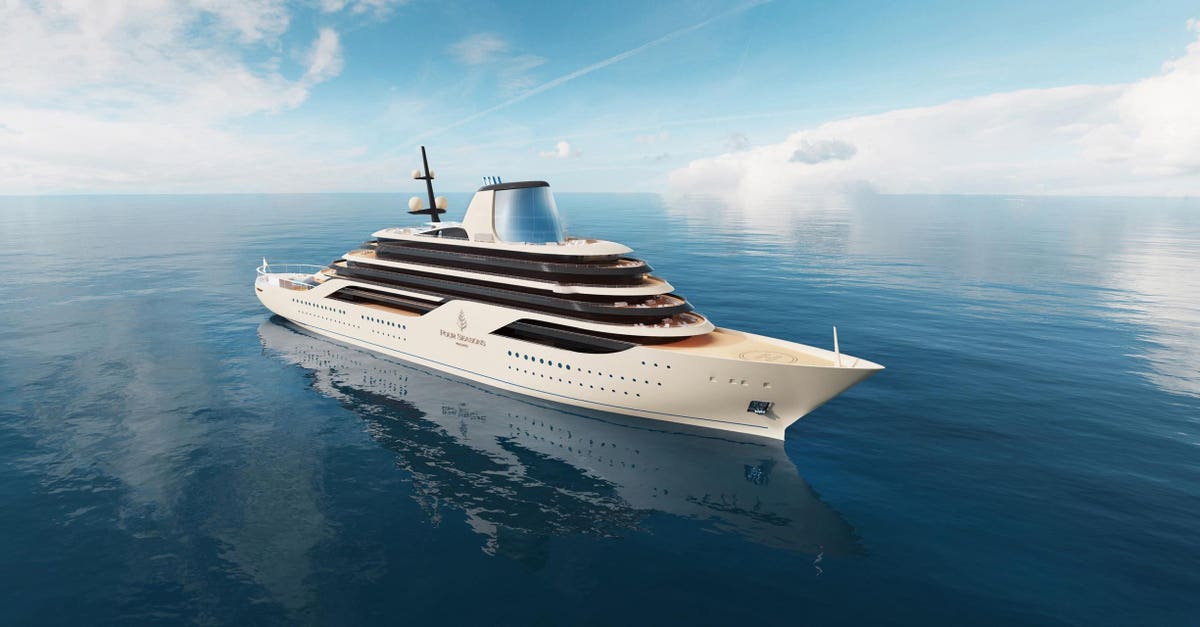 “Our brand is stronger than before.”

This would be a bold proclamation coming from any company, especially in light of the challenging past years. But coming from Christian Clerc, Four Seasons’ President of Hotels and Resorts, the sentiment shared at a press conference last Wednesday at Monaco’s Musée océanographique lands differently.

And why? Because there’s plenty to back up Clerc’s thinking.

While the Canadian-based luxury hospitality brand has enjoyed steady and equally important, manageable growth since opening its first property in downtown Toronto in 1961, the news unveiled on the first day of the Monaco Yacht Show wasn’t about upcoming openings or initiatives, but something so unprecendented that Clerc likened it to “creating a niche with only one member.”

Though the maiden voyage won’t occur until late 2025, the unveiling of the Four Seasons Yachts has already set the imaginations of travelers from all over aflutter with excitement. In collaboration with Marc-Henry Cruise Holdings LTD (founded by Nadim Ashi and Philip Levine) and Fincantieri, one of the world’s largest shipbuilding groups, and under the leadership of luxury cruise veteran Larry Pimentel, the new enterprise involves three yachts with the first one to be completed in 2025.

At 679 feet long and 88.6 feet wide with 14 decks and 95 guest suites including a spectacular four-level “Funnel Suite” costing $4.2 million each to build, the inaugural ship will be nothing short of a showstopper with best-in-class engineers, builders, and designers like Martin Brudnizki Design Studio contibuting their expertise to this one-of-a-kind vessel. Just as the iconic superyacht Christina O owned by billionaire Greek shipowner Aristotle Onassis turned heads with its distinctive design and glamorous amenities back in the 1950s, the premier Four Seasons yacht aims to do the same – and much more.

Far more intimate than your typical passenger cruise ship but much larger than even the glitziest superyachts, the vessel will boast soaring high ceilings and almost 50 percent larger accommodations than what’s currently available on the market to afford guests “graciousness of space, which is a real luxury on ships,” says Clerc. But beyond the impressive design, the yacht will marry the best of two worlds by bringing the consistent, bespoke luxury Four Seasons is renowned for to the seas. Clerc explains, “It will be more like a real hotel on water, and the first of its kind.”

That means guests will have the flexiblity to take enjoy the ship’s amenities – all of which you’d find in every Four Seasons hotel, including fine dining, wellness, and children’s programming, and dedicated Four Seasons staff – there will be one crew member for every passenger to ensure extra-personalized service – as they wish, from enjoying a late dinner in the privacy of their cabin to dropping by the full-service spa for a massage.

And because traveling mindfully is more important than ever, the yacht will enlist smart measures to protect the environment such as cold ironing, electric tenders instead of diesel, and state-of-the-art water purification systems to minimize waste and leave every destination in better shape than upon arrival.

While the announcement of the Four Seasons Yachts was exciting on its own, the timing dovetails perfectly with the just-launched rebrand campaign called Luxury Is Our Love Language. The series of video spots spotlighting real-life guests and the unscripted, nurturing care they received from staff – a member of Four Seasons Hotel Madrid, for example, surprised a young horse-loving guest by bringing a pony right up to her room – illustrates what the company has done from the very beginning. As Clerc puts it: “We create exceptional experiences for our guests by making the impossible possible, and are always innovating ways we can share our brand with the world.”

Spain’s Valencia for £100 a night: It equals Barcelona for architecture and has…