How To Travel To Greenland 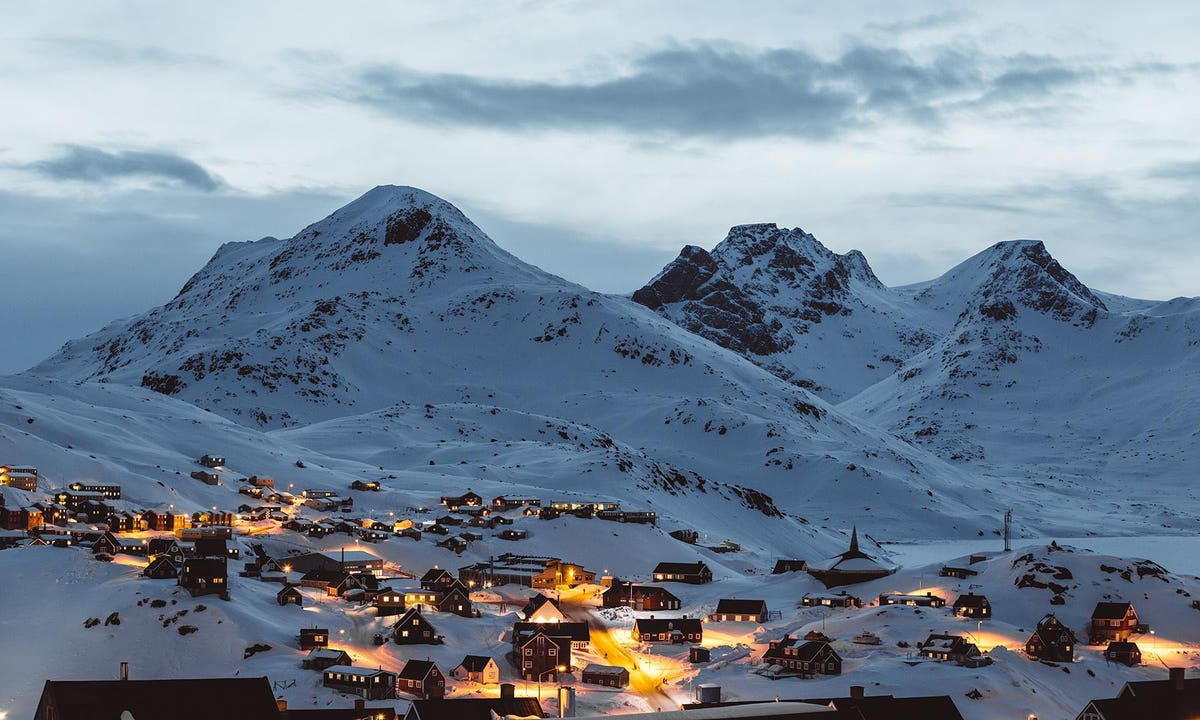 Anyone flying between the U.S. and Europe will be familiar with Greenland. The vast white landmass on in-flight maps remains just that for the vast majority of travelers because of the difficulties in getting there.

Those who make the effort are rewarded with a truly unique place full of spectacular landscapes, distinctive communities and traditional Arctic culture.

Almost entirely covered by the world’s second largest ice field, Greenland is home to pristine Arctic landscapes and hardy wildlife. Its long coastline is dotted with a handful of remote communities clinging to the water’s edge.

Those communities provide a fascinating mix of modern convenience and Inuit cultural heritage, with evidence of human settlement going back several thousand years.

National carrier Air Greenland and Icelandair are the only airlines to serve Greenland. To complicate matters, there are several different airports on Greenland that accept international flights from Iceland, but the only one capable of handling flights from Copenhagen is the former air base at Kangerlussuaq.

The tiny settlement of Kangerlussuaq has a population of just 500, so most passengers arriving here from Denmark connect onto propellor planes or helicopters to the capital city Nuuk or one of Greenland’s other more tourism-oriented settlements. The airport at Nuuk is undergoing major renovations to be able to handle bigger planes from Denmark, but completion is still a couple years away.

For Americans, recent changes to the Icelandair schedule has reduce the time needed to reach Greenland via Iceland. However, be sure to double check the airports in Iceland before booking. Keflavik (KEF) is the country’s main international airport.

While most flights to Greenland also depart from here, Reykjavik (RKV) airport—some 30 miles away in the heart of the capital city—has been used in the past and may be again especially in the summer season.

Those planning a trip should also bear in mind that flights can be canceled at short notice due to the Arctic weather at a higher frequency than you may be used to. Also, luggage weight restrictions are strictly enforced, especially on the smaller planes used within Greenland.

If Greenland were an independent country, its 836,330 square miles would make it the 12th largest country by area on the planet. This makes getting around a real challenge.

Because no two settlements are connected by road, Air Greenland provides a vital network of propellor aircraft and helicopters to move locals, tourists and cargo around the nation. But it’s not the only option.

While it’s not possible to get to Greenland by passenger ferry, it is possible to get around on the water. Travelers familiar with Norway’s iconic Hurtigruten line will know exactly what to expect from the Arctic Umiaq Line, although the Sarfaq Ittuk ferry offers more of a pared-down experience focused on local passengers.

The ferry sails along the west coast between west coast from Qaqortoq in the south to Ilulissat in the north on a weekly schedule, with several stops along the way. It’s a wonderful way to fully appreciate the diverse scenery of Greenland’s west coast while getting to know some of the locals.

More organised trips are available from the likes of Greenland Travel, which offers package deals including transport, activities and guiding.

If you like the idea of seeing Greenland’s unique scenery from the water but have more limited time, consider the 2.5-hour tour among the iconic icebergs of Disko Bay offered by Disko Line Explorer.

Alaska, Norway and Iceland are relatively well-known winter cruise destinations for those seeking glacial landscapes and the northern lights. In contrast, cruising in Greenland is still in its infancy.

A few major lines offer cruises to Greenland in conjunction with sailings to Iceland or Canada. But to spend more time exploring the coastline and communities, you’ll need to look at smaller lines that specialise in polar regions such as Hurtigruten Expeditions, Quark Expeditions or Secret Atlas.

You’re A-OK in the UK! The best events and staycation accommodation to book in…

The Inspector calls at the Beckford Arms, a ‘wonderfully atmospheric’…