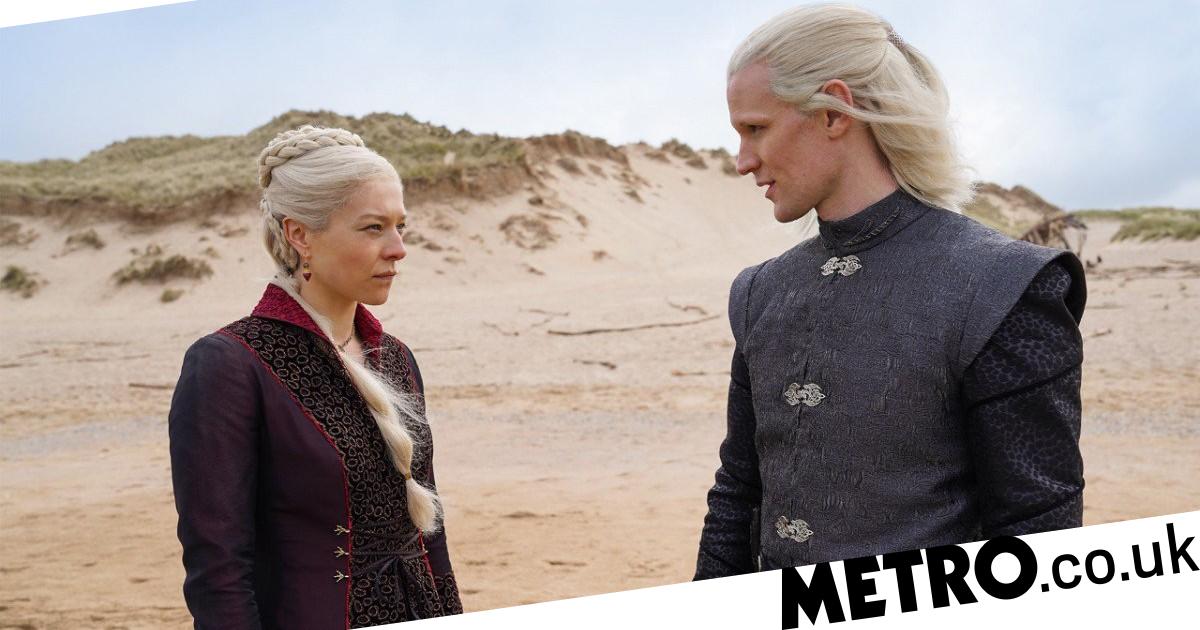 Game Of Thrones‘ highly-anticipated prequel House Of The Dragon is edging closer and fans are getting ready to see new faces as well as some familiar ones.

The new series, set 200 years before the events of the original show, will follow House Targaryen at the height of its power across the Seven Kingdoms, when King Viserys I (Paddy Considine) sat on the Iron Throne.

A game of thrones emerges within the family, as the king’s eldest child, Princess Rhaenyra Targaryen (Emma D’Arcy), wants the throne for herself, despite the fact that her fearsome uncle Daemon Targaryen (Matt Smith), the monarch’s younger brother, is technically next in line when the story begins.

But when does it come out, and how can we watch it?

Here’s everything you need to know!

House of the Dragon will be available to stream on Sky Atlantic.

Ahead of the House of the Dragon premiere, former Doctor Who star Matt teased what viewers can expect from his character Daemon, explaining that the brother of the king likes to ‘p*** people off’.

Speaking to Empire, the Matt added: ‘Daemon is there to cause chaos and p*** people off because, simply, it entertains him.’

Not only could there be a rivalry between Daemon and Rhaenyra, but it sounds like Daemon is also going to have quite an intense political contest with Otto Hightower (Rhys Ifans), the Hand of the King.

‘[Daemon] and Otto loathe one another,’ he shared.

‘They’re winding each other up, needling one another. And in the middle of it is Paddy, who plays Viserys. They’re both vying for his attention and his love.’

What date does House Of The Dragon start?

While it will premiere on HBO Max in the United States on August 21, it has already been confirmed that it will be shown in the UK on Sky Atlantic and NOW the day after on August 22.

That’s right, not long to wait!

It will also be available to stream for those that have a NOW subscription.

Where can you watch all season of Game Of Thrones?

Game of Thrones is available to watch on Sky Atlantic and NOW TV.

When the eighth season of Game of Thrones was released in 2019, it sparked widespread disappointment across the fandom, with many viewers deeply unhappy by how various storylines were resolved.

But after the trailer, fans are convinced House of the Dragon will measure its success.

House Of The Dragon premieres on August 22 on Sky Atlantic and NOW.


MORE : House of the Dragon star Olivia Cooke slams anti-abortion laws in Texas and claims they’re ‘the same’ as medieval world in Game of Thrones


MORE : Lord of the Rings: The Rings of Power showrunner addresses ‘rivalry’ rumours with Game of Thrones prequel House of the Dragon

John Stamos: “This is a great moment”