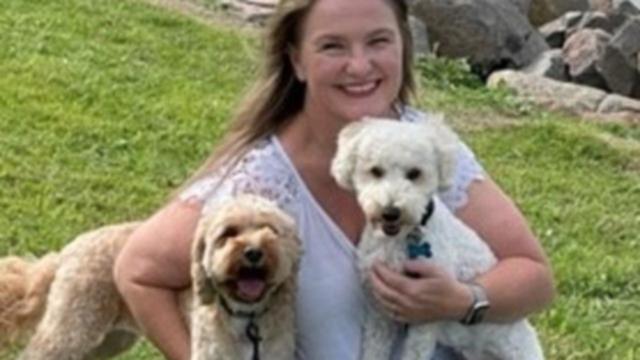 Ashleigh Roser was 33 years old when she was told becoming a mother was not something she could do.

The Hunter Valley resident was diagnosed with endometrial cancer in 2019 after she experienced heavy and extended periods.

Ms Roser was given the option have either a full hysterectomy to beat the cancer, leaving her infertile, or to undergo treatments to fight the cancer and hope she would one day bear a child.

“The scary part wasn’t the initial diagnosis, it was actually the fear and trauma that came secondary – every small ache and pain suddenly making you think about the cancer, wondering if it had spread,” she said.

“My now husband proposed a few months prior to my diagnosis, and I had always planned on trying for a baby from the time we got married.

“Once my gynae-oncologist approved me to pursue fertility sparing treatment, I was incredibly focused on beating the cancer for long enough to try for a baby – there was nothing else in my life that mattered as much and I was laser focused.

“I don’t think I’ve ever been so determined for anything in my life.”

After undergoing treatment for 12 months, it appeared Ms Roser’s cancer had gone, but after a few weeks it had returned.

It was then she made the decision to have her uterus removed.

“‘Take it out’ were the hardest three words I’ve ever said. After I said it, it was the one time in the whole process that I was physically there but wasn’t taking anything in.

“After (the procedure), it was a long time of grieving such a huge loss, the loss of potential babies, the loss of the picture of what life should have been

Ms Roser encouraged people to seek medical advice when they had any unusual symptom or thought something wasn’t right, because it could save their lives.

“Life can change in such a quick moment. I am incredibly fortunate when compared to many others with a cancer diagnosis, but I am definitely more aware of the blessing and fragility of life,” she said

“Cancer is a highly traumatic experience. There is very much a hypervigilance that comes with it, so it is learning to not panic with every little ache and pain.”

Ms Roser is one of the faces of Cure Cancer’s Big Hug Box campaign that is rallying Australians to help women facing cancer by gifting or donating the ultimate care pack to help them during treatment.

All funds raised will go towards early-career cancer researchers who are fighting to cure women’s cancers.

Ms Roser is one of more than 70,400 Australian women who are diagnosed with cancer each year.

Every day about 12 females find out they have a gynaecological cancer, including cervical, ovarian and uterine, with four dying from it.

Cure Cancer, which finances research into all cancer types, is funding genealogical researcher Shafique Syed to find a treatment for endometrial cancer.

He located and identified the cells of origin for uterine cancer during his PhD.

Dr Syed and his team at the University of Newcastle are working to understand how the cells are maintained in appropriate numbers during normal functioning as well as looking at various factors and processes, like diet and metabolism, that disrupt their normal functioning and result in diseases like cancer

‘We are behind a lot’: How provinces are catching kids up on routine vaccines