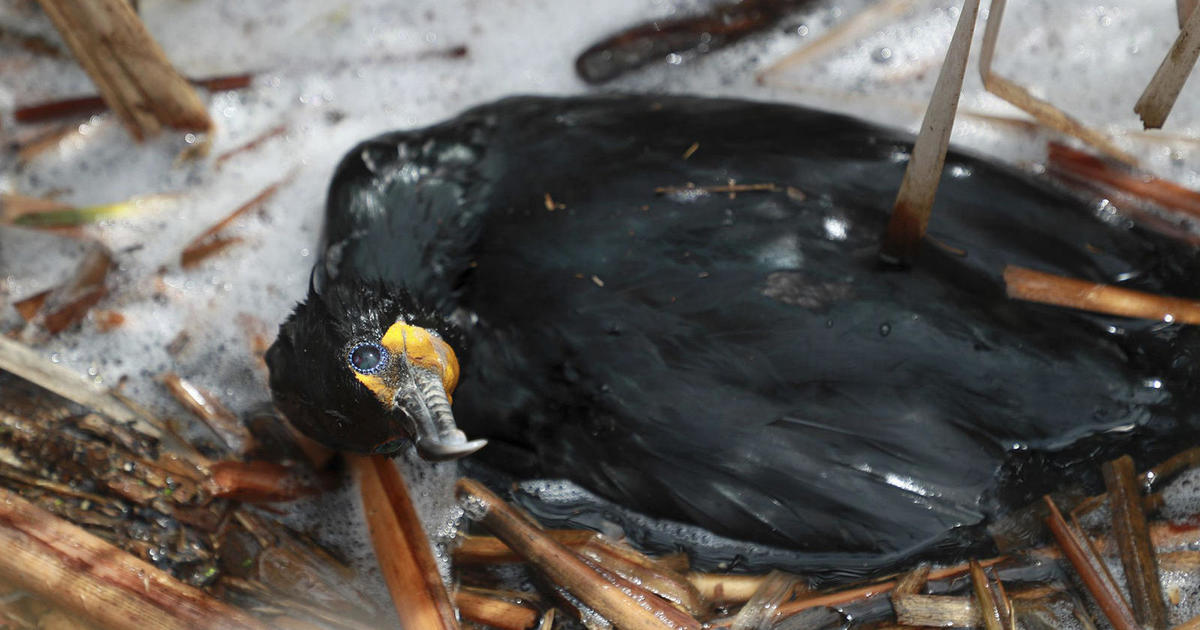 Hundreds of dead birds have washed up on Martha’s Vineyard and animal control officials there think a highly contagious strain of avian flu may be responsible.

The Tisbury Animal Control posted an “avian influenza warning” on social media Monday, telling residents that hundreds of dead cormorants have washed up all over the island and it’s “extremely dangerous” for a small island.

Animal control officers collected the birds and sent many to the Massachusetts Division of Fisheries and Wildlife for testing.

The animal control office said the new strain could become a major issue that may take years to recover from.

The office warned residents not to touch the birds. It asked them to keep their dogs on leashes on beaches, be careful going into the water since many are floating in seaweed, and notify animal control if they find any dead birds.

According to the Centers for Disease Control and Prevention, strains of avian flu spread mainly through bird populations, but can infect humans through contact with sick birds. However, this type of avian flu is considered a low risk to people, the CDC says.

While it poses little risk to humans, the global outbreak has led farmers to cull millions of birds and threatens to add to already rising food prices.

Farmers in states like Wisconsin, Iowa, Nebraska and South Dakota have already culled millions of fowl to prevent the outbreak from spreading. Zoos around the U.S. have moved exotic bird exhibits indoors to protect their animals, and wildlife authorities are discouraging backyard bird feeding in some states to prevent the spread by wild birds. The disease has also claimed bald eagles around the country.

“It’s quite a sight to see an eagle with a six-foot wingspan having uncontrollable seizures because of highly pathogenic avian influenza,” Victoria Hall, executive director of the University of Minnesota’s Raptor Center, told AP News in early May. “At that point, they’re so far into the disease there’s no treatment options left.”

The state Department of Agriculture and Markets recently had to destroy two large poultry flocks in Suffolk County, killing thousands of birds.

The outbreak is also spawning fantastical claims similar to the ones that arose during the COVID-19 pandemic, underscoring how conspiracy theories often emerge at times of uncertainty, and how the internet and a deepening distrust of science and institutions fuel their spread.

The claims can be found on obscure online message boards and major platforms like Twitter. Some versions claim the flu is fake, a hoax being used to justify reducing the supply of birds in an effort to drive up food prices, either to wreck the global economy or force people into vegetarianism.

“There is no ‘bird flu’ outbreak,” wrote one man on Reddit. “It’s just COVID for chickens.”

How to get your puppy used to being home alone: Tips from a training expert