I could die a slow, agonising death on Malta holiday thanks to cruel abortion law, says US tourist 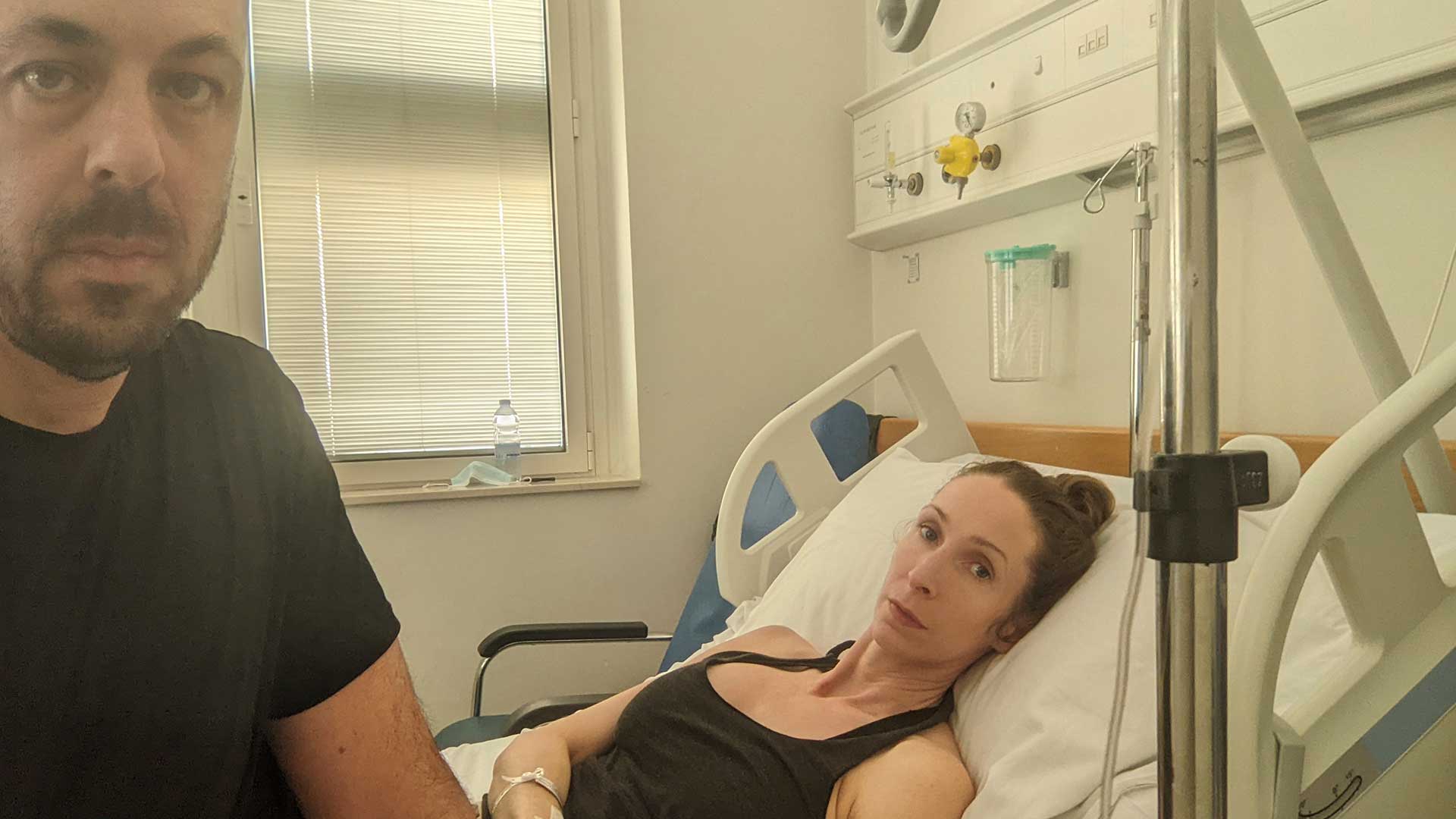 A WOMAN has warned she could suffer a painful death after doctors in Malta refused to grant her a potentially life-saving abortion – despite the couple “losing” their unborn daughter.

Andrea Prudente, who was 16-weeks pregnant, and her partner Jay Weeldreyer were on holiday to celebrate their “babymoon” and the future arrival of their baby daughter, when Andrea’s waters broke prematurely.

But because of Malta’s firmly pro-life position on terminations Prudente is now afraid she might lose her life.

The south Mediterranean island has one of the strictest anti-abortion laws in the world – outlawing the procedure in all cases.

Prudente, from Seattle, US, attended the Gozo A&E and was later admitted to the only state health centre, Mater Dei Hospital, after suffering what seemed like a miscarriage, with heavy vaginal bleeding followed by breaking waters.

However, the foetus still has a heartbeat, Doctors for Choice Malta, a non-profit organisation of pro-choice doctors, said.

International obstetric guidelines state that in such cases where the foetus is not yet viable (before 24 weeks), termination of pregnancy (abortion) should be offered to avoid the risk of maternal infection, sepsis and death.

Infection can go through the ruptured membranes, into the uterus, then into the blood leading to death.

“The patient has requested termination of pregnancy, but her request was denied.

“She was told doctors can only intervene if she is imminently dying – not even getting an infection is enough,” the NGO said in a statement.

“She was also told doctors cannot even discuss the option of abortion with her.”

Malta is the only country in the European Union to prohibit abortion entirely.

Under the country’s laws, those found to have aborted a child or “caused a miscarriage” can face imprisonment for up to three years.

This also applies to both pregnant women and medical professionals.

The young woman, 38, said: “I am stuck in Malta and fighting for my life.”

“Malta’s barbaric abortion laws prevent doctors from giving me the treatment I need to end an unviable pregnancy which is threatening my life.

“Every day that goes by puts me at higher risk of a fatal infection.”

On a Facebook post, Prudente added: “As you can imagine, I would rather this trauma remain a private matter but I am desperate. I don’t want to die here.”

Doctors For Choice on Thursday said Prudente is now being “forced to watch and wait” at Mater Dei, putting her life at risk.

“We have the choice of slow death through infection staying in Malta or getting on a plane and the quick death of bleeding out,” partner Weeldreyer told Euronews.

“The family is rightly distraught and desperate for a solution. Medical evacuation to the UK is being planned but this may not arrive in time,” the organisation warned.

Her lawyer, Dr Lara Dimitrijevic, told Euronews Prudente is to be evacuated to an undisclosed location in Spain.

“Fortunately we purchased travel insurance and we are hopeful they will cover the full cost of hospital care and air ambulance,” the traumatised woman said in a post on Facebook.

The pro-choice collective said it hopes that common sense prevails before “it is too late”.

Sadly, Prudent’s is not an isolated case.

Marion Mifsud Mora’s waters broke at 17 weeks of pregnancy and because of Malta’s harsh abortion laws, she was left fighting for her life in September 2014.

The French woman, who was also on holidays in Malta with her family and daughter Mdina, was admitted to Mater Dei when she starting suffering with an infection and fever.

“Although she knew her baby had no hope, it seems the doctors could not proceed to help her due to archaic anti-abortion laws,” Women For Women Malta, an NGO empowering women by offering emergency support, education support and mentoring, explained.

Doctors had no choice but to refuse Mifsud Mora’s request to terminate the pregnancy.

“They couldn’t help her to start to recover because her baby still had a “faint heartbeat”.

Marion’s situation continued to worsen and she had to be evacuated by her travel insurance company from Mater Dei Hospital.”

The young mother was flown out in a medical jet to a private hospital in Paris.

Now recovered, Mifsud Mora said she still cannot understand why in Malta “it is more important to give birth to a dead foetus than to save the mother with the right medical care”.

Doctors for Choice have warned that many Maltese women are in similar situations, but are scared to speak out.

“This is not right. Women have beating hearts too!”

Mater Dei Hospital and the Government of Malta are yet to comment on this case.

A country of just under 450,000 people, Malta typically welcomes 1.1 million tourists every year.