‘I do not hold assets for Mr. Abramovich:’ Canadian sanctioned by U.K. 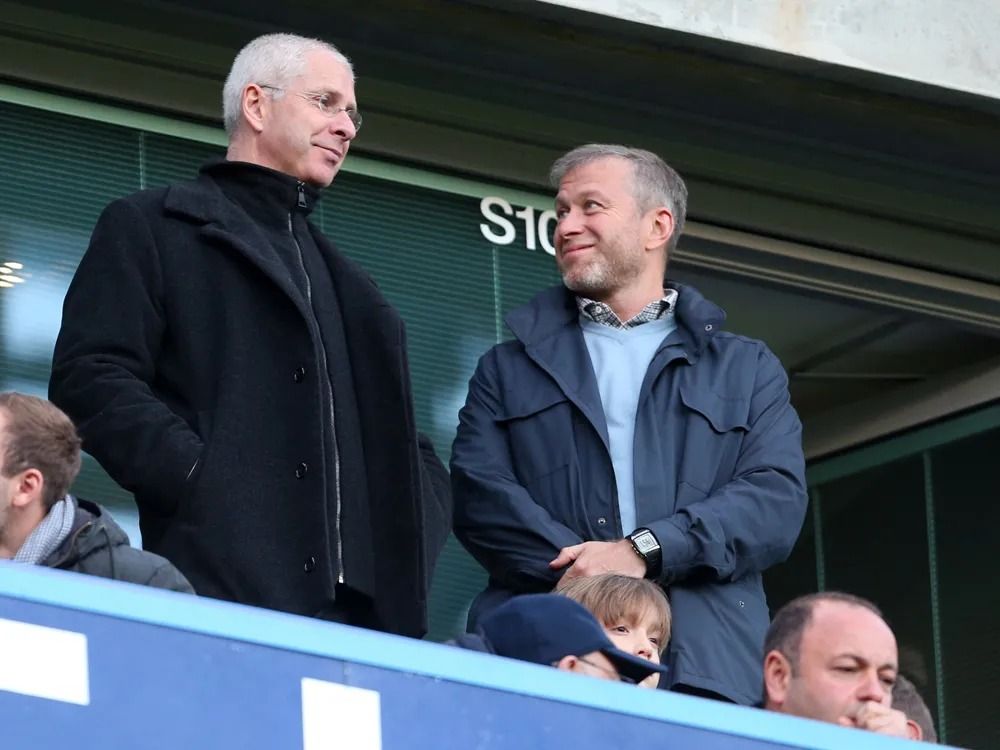 Eugene Tenenbaum, a Canadian citizen sanctioned by the United Kingdom as a result of his association with Roman Abramovich said Wednesday that he doesn’t hold assets for either the Russian oligarch or his family and that he is seeking “clarification from the authorities on these matters” and is “confident that mistakes made will be dealt with accordingly.”

Tenenbaum, who came to Canada as a pre-teen in the mid-1970s from Ukraine, which was then part of the Soviet Union, is an accountant by training and began working for Abramovich at his oil company Sibneft in the late 1990s.

The association between the two men continued and when Abramovich bought the U.K.’s Chelsea Football Club in 2003, Tenenbaum became a director.

He has since been associated with several companies linked to Abramovich.

The United Kingdom and other western countries including Canada have imposed sanctions on Russian entities and individuals, and a growing circle around them, in an effort to pressure Russia to pull out of its attack on sovereign Ukraine.

Abramovich was sanctioned by the U.K. and Canada in March and, last week, the U.K. extended its sanctions to Tenenbaum and another long-time Abramovich associate, David Davidovich, as part of a sweep intended to freeze $16 billion of assets. Neither Davidovich nor Tenenbaum has faced sanctions in Canada.

In a statement Wednesday, Tenenbaum said he has worked for Abramovich and his family in various capacities for more than 20 years — including as a director for Chelsea and other companies.

Tenenbaum added that he has “no ownership or control” over the assets, and “was not an active director” when the U.K. sanctions were imposed on him last week.

In March, Reuters reported that Tenenbaum had bought Ervington, a company associated with Abramovich, shortly after Russia invaded Ukraine in February — and before the United Kingdom sanctioned Abramovich along with entities and other individuals in response to the invasion.

But Tenenbaum told the Financial Post last month that the transaction was “annulled,” and that he had bought Ervington from a trust called Norma Investments, which at that time was controlled by Davidovich, not Abramovich.

Tenenbaum said Abramovich’s family was previously the beneficial owner of Norma, but that was no longer the case when he made the deal to acquire Ervington.

“Regarding Ervington, my company is no longer the shareholder as the transaction was never fully completed and annulled due to the current situation,” Tenenbaum said via email last month, adding that the transaction “was reversed by mutual agreement between the buyer and the seller.”

Last week, when the U.K.’s sanctions were expanded to include Tenenbaum, a spokesperson for Global Affairs Canada declined to respond to questions about him or say whether sanctioning the Canadian citizen, who now lives in the U.K., is under consideration.

“I do not expect to be sanctioned as my statement makes … very clear,” Tenenbaum told the Financial Post on Wednesday.

Abramovich, a wealthy Russian businessman, has been sanctioned in the European Union as well as the U.K. and Canada over claims he has ties to Russian President Vladimir Putin, but he has so far avoided sanctions in the United States. It has been widely reported that the U.S. held off because Abramovich was assisting with negotiations between Russia and Ukraine aimed at resolving the armed conflict.

The billionaire is understood to have made much of his fortune selling energy company Sibneft to Russian state-owned energy giant Gazprom in 2006 for US$13.1 billion.

Abramovich is also the largest shareholder of London-listed steel company Evraz PLC, with a 28.64 per cent stake. Evraz directors, including Tenenbaum, stepped down in March following the U.K. sanctions, and shares of the company — which has operations in Russia and North America, including in Alberta and Saskatchewan — were suspended from trading.