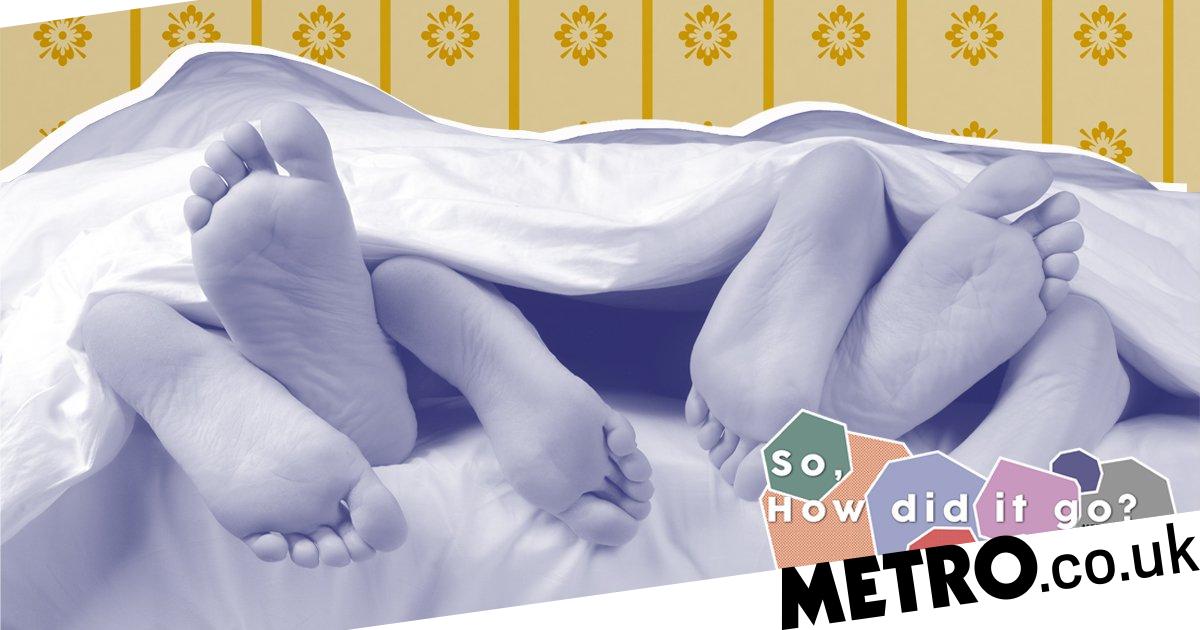 Heartbroken on my travels in Lisbon, I decided to try and swipe my way back to normality, after a wild tryst in Valencia.

The flood gates had been open after my passionate affair with a tall and handsome Spanish boy, not long after my suitor back home had ended things.

I’d initially arranged a date with handsome Turkish man, but he had to rearrange because of a family dinner. Rather than staying in, I thought it’d be wiser to get myself out there as there were still street parties to be hit.

I found myself matched to a handsome Irish lad and within minutes numbers were exchanged and he invited me to drinks with one of his friends, and some German people they had met.

Despite stating it might be awkward for a first date, he reassured me that it’d be fine and everyone was chill. Even though it wasn’t an ideal situation to get to know someone, the reality of sitting on a hostel balcony being teased by a manuscript I hadn’t touched in days was unappealing.

I got myself showered, moisturised and dressed, added a touch of mascara and lip gloss to feel a bit date ready, and was on my way.

We met in a busy square with street parties getting into full swing just after sunset and double cheek kissed. He introduced me to his friend, then the night was underway.

Shortly after, the Germans arrived, and I couldn’t help but notice that the blonde girl was stunning. The way my ‘date’ was looking and interacting with her was a cause of concern as they seemed more than friendly, but I brushed it off and told myself, ‘he’s known them for a few days, they’re just comfortable.’

As the ‘date’ continued and I found myself talking to his friend more and more, I was wondering who I was actually here to spend time with.

So, How Did It Go? is a weekly Metro.co.uk series that will make you cringe with second-hand embarrassment or ooze with jealousy as people share their worst and best date stories.

Want to spill the beans about your own awkward encounter or love story? Contact [email protected]

I then discovered that the German girl and my Irish guy had a bit of history as his friend explained the events of the other night, in order to soften me to the arrival of another: the Brazilian who’d been caught up in the love triangle.

By the time we reached the third bar, it was clear the Irish lad and German girl were on the date – and even clearer from the snogging they were doing on the way to the fourth one. This made me feel a bit awkward, as I’d assumed he was into me, but I was OK with the notion that it was either the Irish friend or the Brazilian I was around for.

I internally sighed ‘que sera sera’ and exchanged flirtations with the other single bachelors as the night went on. But as the drinks flowed and we got further on into the night, we lost the Brazilian in a crowd and said goodbye to the Germans who had a flight the following afternoon.

I was left with the two Irish lads in the last club we entered, but I lost them after a bathroom break.

Despite my attempts to text my original guy, I was unable to get hold of him, so decided to just stick around. I found myself conversing with a Dutch girl who’d also lost her friends, so we made a pact to stick together.

In this spirit we danced the night away, met some men on a stag do who bought us drinks and exchanged stories.

As the night was being chased away by the day, I found myself outside to check on my new friend in the smoking area, and that’s when I saw him.

Around 6ft 2, brown skin with waves in his hair. He was gorgeous and I was crushing hard. I gave her a nod to signal if she was OK and she gave me a pleasant wave – so I decided to crack on.

This delightful man was from Cape Verde, but he’d been living in Portugal for a while now. I asked him if he had plans after this, as the sun was rising above our heads.

He was cool in his demeanour and explained how he’d love to have me, but he was in Lisbon visiting and staying with his friend.

Out came the friend to check on him, and they exchanged words in Portuguese, a language I sometimes understand as a result of my Spanish knowledge.

This Cape Verdean bombshell told me that his friend was OK with me coming back with them, but the bed situation was that they were sharing.

At this point, I’d drunk enough water to make better decisions, but I told him we’d figure out the logistics when we got there – I just really wanted him.

So, I checked in with the Dutch girl one more time and let her know I was leaving and thanked her for a fun night.

I walked with the boys to their Uber and found myself between them both as we journeyed back to theirs. My guy had his arm around me and I was talking music with his friend, who I should add was easy on the eyes too.

By the time we got back to the apartment, it was a gorgeous Saturday morning and the vibes were great – I felt free.

The owner of the apartment entered his room first, then I was led through by my guy. Him and I began to kiss, and he gently put me on the bed and shut the door.

It was a new experience filled with joy and pleasure, but also it was slightly overwhelming and clumsy. The gentleman in question were really good at listening to me and making sure that I was OK at different points.

After all was said and done, we slept for a little while into the afternoon. Then I showered and got myself back into last night’s clothing. We exchanged details in case I was ever back in Lisbon and they called me an Uber for my safe return.

I kissed them both goodbye and as I was driven back, it hit me that less than 24 hours before, I was heartbroken, arranging a date with a completely different man, and now I was on my way back from a fantasy sexcapade that I could only think up in my dreams.

Although, heartbreak didn’t instantly fade after that night, I was one step closer to feeling like myself again.

The moral of my story is: don’t stay in.


MORE : My date thought I was a necrophiliac after I said I was narcoleptic


MORE : My hobby is rating benches – I knew my date was special when she wanted to do it with me


MORE : I fell in love with her the day we met – then she told me she had a boyfriend

Rush Hour Crush – love (well, lust) is all around us

Tell us about your Rush Hour Crush by submitting them here, and you could see your message published on the site.

Top 10 Windows shortcuts everyone should know