‘I got shot’: Video captures moment Uvalde student tells Border Patrol agent they had been hit 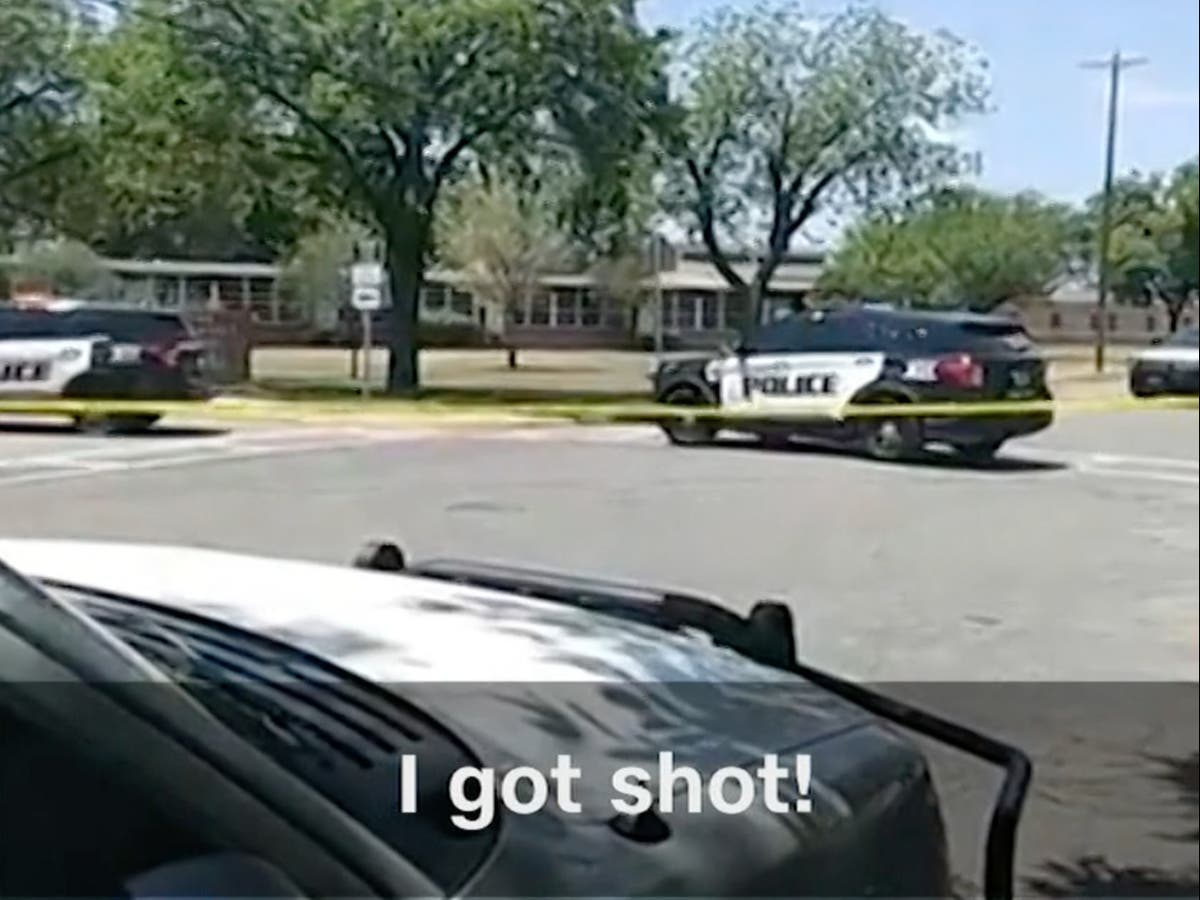 A chilling video captured during the Uvalde mass shooting includes a radio message in which a Robb Elementary School student tells an adult that they have been shot.

CNN obtained the video from an anonymous individual who was recording the day of the shooting and had been listening to radio communications between Border Patrol agents responding to the scene.

The video appears to be shot from the outside of Robb Elementary School, with the radio communications playing nearby.

An adult voice can be heard asking “are you injured?”

A child responds “I got shot.”

The adult voice asks where the child was shot before the conversation becomes unintelligible. The individual filming and another person listening to the radio are shocked to hear that a child had been shot inside the building.

“They shot a kid,” one of the individuals outside the school says.

Last week, Steven McCraw, the director and colonel of the Texas Department of Public Safety, told reporters that numerous 911 calls were made from inside the school over the 90 minute period that the 18-year-old gunman was inside a classroom.

Several of the individuals who called 911 were ultimately killed by the gunman.

Due to the presence of Border Patrol units on the scene, it is likely the radio transmission captured in the video occurred after members of the BORTAC unit stormed the school and killed the gunman.

The Uvalde police have faced criticism in the aftermath of the shooting that left 19 students and two faculty members dead for waiting more than an hour to stop the shooter.

Mr McCraw said during a press conference that the police changed their tactics after the gunman entered a classroom, treating the attack as a barricaded suspect situation and not as an active shooter.

In active shooter situations, police are instructed to neutralise the threat as quickly as possible and treat the wounded later. In barricaded suspect situations police generally fall back and attempt to talk the suspect out of their hiding spots or to formulate a plan of entry. Mr McGraw admitted that changing tactics was “the wrong decision”.

The decision has soured the relationship between the police and the Uvalde community, according to reporting from the Texas Tribune.

“It’s all over the world,” Donald Limon, a 64-year-old resident of Uvalde told the outlet. “Everybody knows, everybody’s saying the same thing: ‘Why were they standing outside?’ ‘Why didn’t they go in?’”

He has friends on the police force and knows the incident commander personally, but said he believes the police force’s failure to stop the shooter may have turned the town against its police.

“A lot of people are upset,” Mr Limon said. “I think everybody’s opinion is gonna be changing.”

KK, the Soulful Voice Behind Heartbreaking Hits Like Chhod Aaye Hum and Tadap Tadap, No More