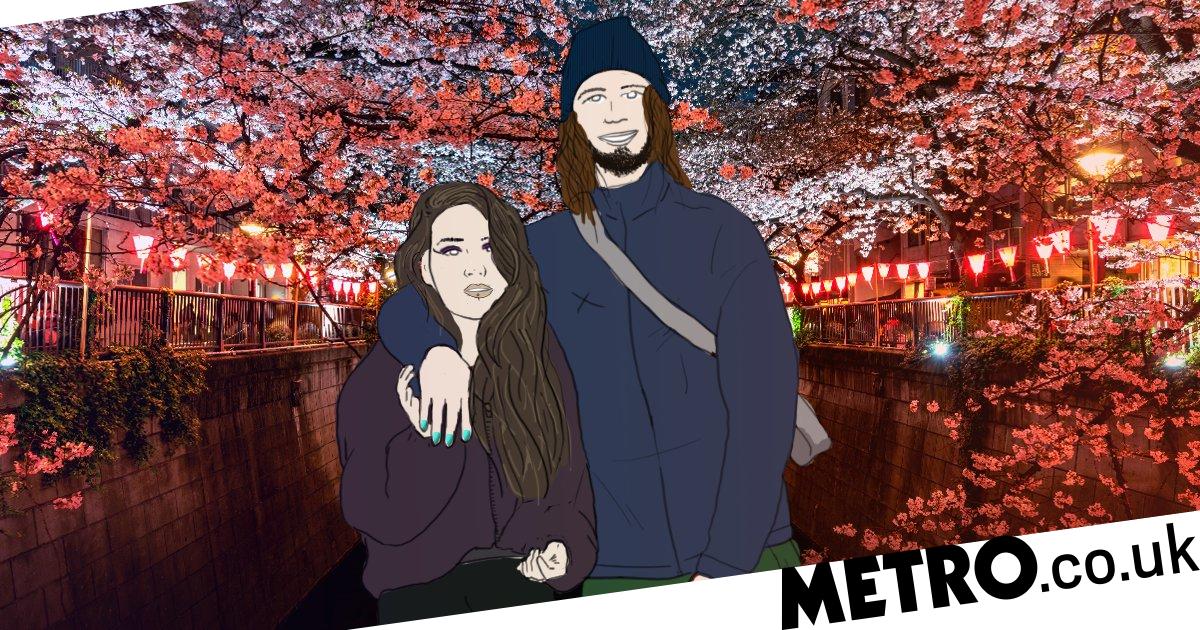 Welcome to How I Do It, the series in which we give you a seven-day sneak peek into a week in the sex life of a stranger.

This week, we hear from Alyssa*, a straight 40-year-old writer who lives in Bath.

Even though she’d been married for 13 years, Alyssa had only ever climaxed once with her husband – despite being capable of multiple orgasms on her own.

Now, eight years after her divorce, she’s in a long-distance relationship with her partner of eight months, Arthur*, who she met when she was living in Canada – and Alyssa says she’s have some of the best sex of her life.

She explains: ‘Previously, sex had been very centred on the pleasure of the guys I was with. Now I have a partner who prioritises my pleasure, and I can be in the moment and enjoy it.’

Warning: The following is, as you might imagine, not safe for work…

I had only ever orgasmed twice with other people – one being my ex-husband. Then I met Arthur. The first time I came with him, in a cabin in Canada one sleepy morning. He gently touched me until I felt things building and when I orgasmed, I truly let go and I cried.

I hadn’t realised how tightly I’d been holding on to anxiety around sex, my body, and not feeling truly loved or cared for before we met.

Arthur is in London at the moment for a work conference, so I’ve come to stay with him in a hotel. This week is the first time he’ll see me without a wax. It’s not a big deal for him, but I’ve had hang-ups about body hair for years – mainly thanks to a combo of an ex with a very vocal preference for me to be hair-free, and pretty low self-esteem following my divorce.

While he’s at the conference, I try to shake it off the sinus infection that won’t go away with a warm shower. I fight the urge to run the razor over anything apart from my legs and get ready to go out.

We meet at a 1940s-themed cocktail bar, and head for dinner at a steakhouse afterwards, where I remark that he does everything with gusto, including eating.

Back in the room, he brings that energy to bed. I shyly spread my legs, and he approaches me with the same enthusiasm he had for his dinner. During our time apart we’ve sent sexy texts about soaking his beard because I’m so wet.

Before Arthur, I’d never been a fan of receiving oral – I’d usually last about two minutes before suggesting we did something else. But there’s none of that self-consciousness with him, and pretty soon I feel waves of warmth crashing over me as I orgasm.

He grins up at me and rises onto his forearms to take things further. After we finish, we fall asleep wrapped up together, me the very little spoon, him with his arm heavy across me, drawing me in.

Arthur and I have our first argument tonight when we’re tipsy walking back from a gig in Camden and can’t find the tube. We’ve always made it a priority to communicate openly but we’re both shutting down as beer slowly pickles my brain, and his status as a foreigner in rainy London starts to take hold. I am sulky and crying, and he’s upset.

We try to talk it out at the hotel and end up having fuzzy make-up sex after he goes down on me again. We don’t usually do it from behind as we like eye contact. Plus, at 6ft 2, Arthur is a whole foot taller than me and our size difference means it can be a little intense for me.

But tonight, we do it doggy style and are slamming into each other until he pulls a hamstring as he is orgasming. The whole night feels like a mess.

As I try to go to sleep, I’m still assuming the worst about the relationship after our minor tiff, convinced that this is the point where he stops loving me. But then Arthur pulls me close for a hug and I melt into the physicality of him being so much bigger than me.

This morning Arthur texts me from his conference with his thoughts and reflections about what went wrong last night. It’s well-thought-out, open, honest communication, and it makes me fall even more in love with him.

When he returns we enjoy one more romp in the hotel before catching the train out of London to stay at my parents’ house in Bath.

We discover they have made up a spare room for Arthur, but decide not to fight them on it.

It seems like the ideal night to introduce him to British curries too, with the separate rooms allowing us to maintain some mystique. Although when I say this, he mentions that I’ve spent the whole week obliviously farting in my sleep. Great stuff.

I miss his warmth tonight. Even though I have been mainly single for eight years, I quickly got used to sharing a bed, and my life, with him.

Arthur sneaks in for a morning kiss and hug before we hit the road and head to Wales for a romantic getaway.

We eat fish and chips in the rain in Tenby and try a seaweed-infused beer as jazz music floats in the air from the annual festival.

By the time we get to our accommodation, it’s time for us to go to dinner. I tell him to trust me as we drive down a muddy farm lane to get to a restaurant on a working farm in West Wales. Then we have an incredible candlelit meal, before heading back down the rickety track to cosy up together in bed.

When we’re tucked up, we start to fool around, and soon my (very sexy) plaid pjs are around my ankles and his beard is back between my thighs. After making sure I’m well satisfied, several times, Arthur guides himself inside me.

The bed is creaking so much we think the neighbours might complain, and we dissolve into laughter as the whole frame starts to wobble. We briefly consider the logistics of other options – but the thought of having to get the stepladder out so I can reach him kills the mood a little!

‘Tomorrow night’, he says as he thrusts, ‘I’m going to lay you down on a bed of blankets on the floor and f**k you there.’

He is usually uttering the sweetest things to me, so when he throws in some dirty talk, it gets all of me going.

Today we head to a picturesque hermitage on a cliff face. To get to the coastal path you have to drive, or hike, through the middle of an MOD firing range. It feels like how my love life has been up to now, the promise of something good, but you have to gingerly walk across a minefield to get there.

We race to the supermarket as it’s closing and grab pasta and cheap wine for dinner. He cooks while I read, and I feel so taken care of that I want to burst, and not just because I’m full of spaghetti Bolognese.

Tonight, he is true to his word and after we unsuccessfully try the bed again, with me on top, he lies me down on a bed of pillows and duvets, making sure I am comfortable, satisfied, and feeling good. Then we have the kind of vigorous sex that would have definitely broken the bed.

Nobody is keeping score, but this week has definitely been about prioritising my pleasure, and I am aware of that as I return the favour. I’m limited by not being able to breathe through stuffy sinuses, so he hasn’t had as much attention as me.

Even so, I feel like I’m starting to understand what making love feels like, and it’s scary to be vulnerable.

This morning we grab a bacon bap and driving for hours along the M4, through pretty countryside, to the Cotswolds. By the time we get to our little cottage, I am tired from driving, and so I eat a pile of cheese while Arthur builds us a fire.

I hop in the monsoon-style shower ahead of the dinner we booked at a local pub, but before we leave he finds me in my towel on the bed and unwraps me like a Christmas present.

We have to leave things ‘to be continued’ as we are late for our reservation, but when we get home, we curl up in front of the fire with some wine and gently stroke each other’s hair.

At bedtime, we sink under the covers and start kissing. He is determined to make me come, and he does, with a happy look on his face. I half-jokingly say he looks like a Viking God and we realised with a jolt that we are both quite into that role-play. He asks tenderly if he can hold my wrists when I put them above my head, I say yes after pulling down on his beard to tease him.

On a previous trip to Toronto together we had purchased a pick-and-mix box of lube and tonight we give each other a massage. Afterwards, we fall asleep cuddling and try not to think about him leaving soon.

Today we head back to my parent’s house in Bath because Arthur is off to Heathrow the next day. Before we pack up the cottage, we kiss, and he makes his way down between my thighs one last time.

Time is ticking and so we don’t finish, but somehow it feels good to have another ‘to be continued’ to look forward to.

We always say that sex is about the journey, not the destination, and it’s become our mantra – even though I always get there with him.

*Names have been changed.


MORE : How I Do It: The moonlighting gigolo on threesomes, jealousy and why he does it ‘just for fun’


MORE : It turns out we’re all peeing after sex wrong – here’s what experts say