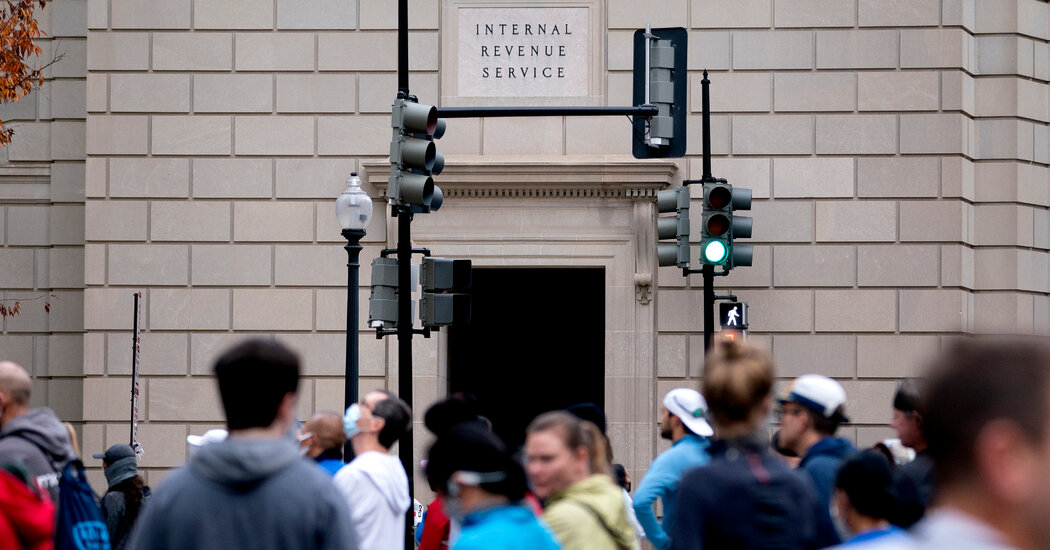 Millions of 2021 taxpayer returns filed with the Internal Revenue Service have yet to be completed, and the agency is facing a larger-than-normal backlog at this point in the tax season, the Treasury Department said on Tuesday.

More than twice as many tax returns await processing “compared to historical norms at this point in the calendar year,” according to a letter sent to lawmakers by top Treasury and I.R.S. officials.

Most of the backlog relates to paper returns, which take longer to process than those filed electronically. The I.R.S. began this tax season with eight million unprocessed tax returns from the previous year. Because the I.R.S. deals with returns in the order they are received, the agency spent much of this year trying to catch up on older taxes before turning to current ones.

Treasury and I.R.S. officials have blamed the initial backlog on severe resource challenges after Republican lawmakers gutted the agency’s budget in recent years. Staffing shortages and antiquated technology have eroded many of its abilities, a situation that worsened in the wake of the pandemic, when the I.R.S. became the primary conduit for sending stimulus payments to households.

In a letter to lawmakers, Wally Adeyemo, the Treasury Department’s deputy secretary, and Charles P. Rettig, the I.R.S. commissioner, said the agency expected to finish processing all individual tax returns without errors that were received last year by the end of the week, with business returns filed in 2021 completed “shortly thereafter.”

“Despite this progress, there are real challenges ahead,” Mr. Adeyemo and Mr. Rettig wrote. They noted that “because the I.R.S. entered this filing season with a significant backlog, millions of paper returns received in 2022 have not yet been processed.”

The backlog has prompted stiff criticism from Republicans and Democrats, who have demanded answers about why millions of taxpayers have waited months to get their tax returns and federal refunds.

The Biden administration has pointed to the agency’s budget as a reason for its woes, saying it needs more money to hire qualified staff and improve its technology.

“The I.R.S. has been stretched thin at a time when its work force, already depleted to 1970s levels, has been battling personal and familial health challenges posed by the pandemic, resulting in fewer employees working on inventory at I.R.S. campuses in the last two years than in any recent period in the agency’s history,” the officials wrote in their letter.

President Biden has called for investing $80 billion in the agency over a decade to help crack down on tax cheats, estimating that would raise $400 billion in tax revenue. Republicans have seized on the I.R.S.’s problems as proof that it should not be given more money or responsibility, with at least one lawmaker calling for the tax collector to be abolished.

In a call with reporters, a senior Treasury official said the I.R.S. had hired 1,500 new staff members and diverted existing employees to help clear the backlog. But much more work remains to be done. In March, the agency said it intended to hire 10,000 employees in the next year and planned to make about half those hires in the following few months.

Audit rates for millionaires have fallen by 70 percent over the past decade, the official said, while fewer than 20 percent of calls to the I.R.S. are answered.

The Treasury’s taxpayer advocate is expected to release a report on Wednesday further documenting the agency’s shortcomings.

Humm directors to exit after collapse of Latitude deal

I’ve driven the new Audi RS4 Competition – it has the…