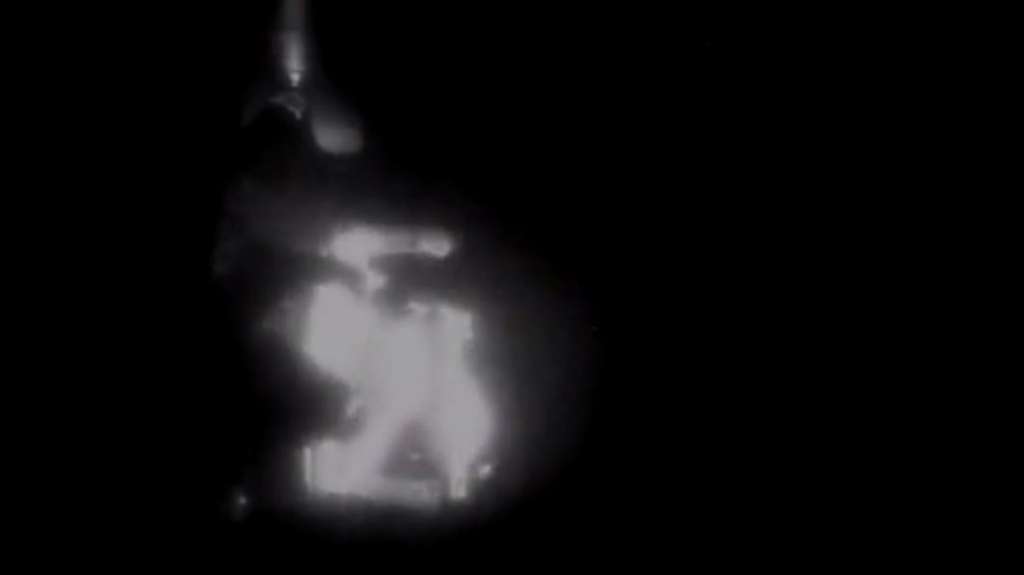 (CNN) — When James Michael Grimes fell overboard from a Carnival cruise ship in the Gulf of Mexico, he said the sheer will to live, along with strength from God, kept him alive as he miraculously swam for what he believes was more than 15 hours.

Grimes, 28, who described himself as an “average guy” who likes hunting, fishing and being outdoors, was rescued late on Thanksgiving Day and told CNN he is “blessed to be here.”

The Alabama native was onboard the Carnival Valor with 18 members of his family for the week of the Thanksgiving holiday. It was the night before Thanksgiving when Grimes, who was at an onboard bar with his sister, went to use a restroom around 11 p.m., his sister recalled, according to a Carnival statement to CNN.

The last thing he remembers before regaining consciousness in the water was going to listen to live music aboard the ship with family, he said, and he doesn’t remember where, or how, he fell off the ship. He’d had drinks on the Valor, but says he was not inebriated, Grimes told ABC earlier.

“I was trying to stay as positive as I could from the moment I came to, and regain consciousness, I can just remember right then thinking, ‘wow, it’s a miracle that I’m not already dead,’ ” Grimes said.

Grimes said he is not capable of floating, and credited his survival to his faith and positive attitude, adding he even created songs to keep his spirits up.

He swam through two schools of jellyfish and watched the sun rise during his time in the water, and said he lost almost 20 pounds during the experience.

“The lord gave me the will to live. It’s a miracle,” he told CNN. “I wasn’t going to give up at any point in time just say, this is it, this is the end. It never came to that. I was determined to swim until my arms and legs could not hold my body up anymore.”

He also battled confusion, fatigue, and some sort of creature below. “It came up on me really quick. And I went under, and I could see it. And it wasn’t a shark, I don’t believe. But it had more like a flat mouth, and it came up and bumped one of my legs, and I kicked it with the other leg. It scared me, not knowing what it was … all I could see was a fin,” he told ABC earlier.

At another point, Grimes grabbed a floating stick, which he said “looked like bamboo,” and started chewing it. “It gave some type of flavor in my mouth other than saltwater,” he told ABC.

Grimes also said he had conversations with God during his time in the Gulf.

“‘Lord, my worst fear is drowning. I don’t know why you put me out here in this trial, but I know you’re going to get me through it,’ ” he recalled saying. “It wasn’t a matter of if I get saved or if they find me, it was just a matter of when, and I just got to keep swimming until they do.”

Grimes’ family had reported him missing at noon on Thanksgiving. He eventually saw lights from a tanker ship, and swam toward it, he had told ABC.

The ship’s crew spotted him around 8:25 p.m. and alerted the Coast Guard, which sent a helicopter crew to hoist him out of the water, the service said.

The Coast Guard member who rescued him looked like a guardian angel coming down from the helicopter, Grimes told CNN.

Lt. Seth Gross, a search and rescue coordinator for the USCG told CNN if Grimes was in the water for 15 hours, it’s “the absolute longest that I’ve heard about, and just one of those Thanksgiving miracles.”

“The fact that he was able to keep himself afloat and above the surface of the water for such an extended period of time, it’s just something you can’t take for granted and certainly something that’ll stick with me forever,” Gross said, adding the case showed how much “the will to live is something that you need to account for in every search-and-rescue case.”

Grimes is now planning a trip to New Orleans to meet the Coast Guard crew who rescued him and added he wouldn’t rule out another cruise in the future.

“If that’s the worst thing I ever have to go through again, I think I’ll be okay,” Grimes said. “Being the Alabama fan that I am, I was out there just rolling with the tide.”